Conclusion to the Armada Campaign Round-up

First off, an apology for the lack of updates on this blog. I updated the core group of players in other media forms (whatsapp chatgroup) and didn't think of writing a post on this side for various reasons.

After the hectic first 2 weeks of our Armada campaign, the number of battles we fought was less due to conflicting schedules between players of the 2 factions. While we were still playing games, most of the battles were not included into our campaign as the players were fighting battles from the wrong side of the frontlines to accommodate new players. Personal schedules also caused some of our more active admirals to play less games leading up to the end of June. As such, a total of 4 battles were included into our campaign for the final 2 weeks leading up to the end of June. An event was planned for July and we decided to expand the campaign to include that event in the campaign so that our players have fun together.

Here are the results of the final few battles in our campaign.

Imperials made a concerted effort to conquer Neka, making a total of 3 attacks over 2 weeks. Resistance was fierce from the Rebels as they repelled the Imperial might led by Admiral Asmadi. It was only finally in week 5 of the campaign did the defiant resistance of the Rebels finally break and Neka fell to the Imperials when Admiral TJ finally came back from his absence and led the Imperials to victory. 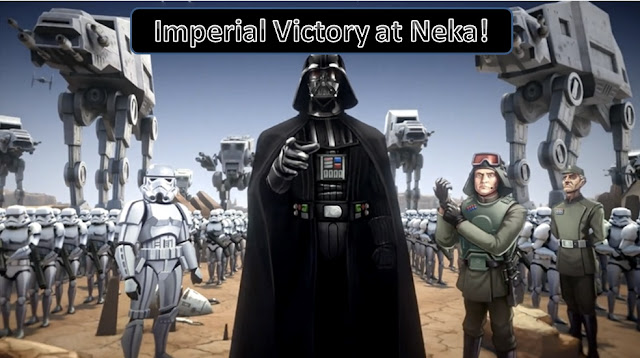 At the end of week 5, Imperials have finally landed in Neka and are now poised to invade Dantooine.

Following on the success of the Rebel operations in Verig, the Rebels tried to strike at the Imperial base of SinSang. A further engagement was made against Alurion, trying to break it away from the clutches of the Imperial fist.


Victory to the Rebels! 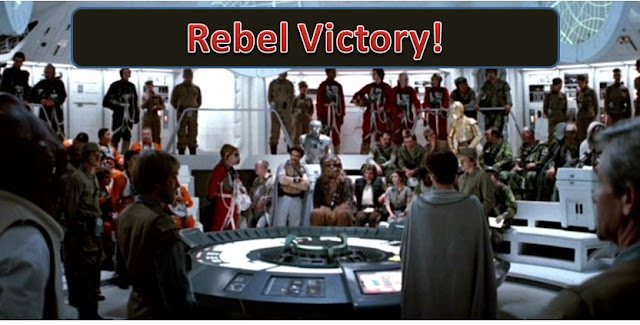 As we continued the campaign towards the event in July, a big battle was fought in which we played a massive battle with the mission Breakthrough. Stay tuned for the round-up of our big battle!