Some of you may have seen these but they look awesome. I have been looking at various pictures but these stand out the most. Thought I would share it with all! 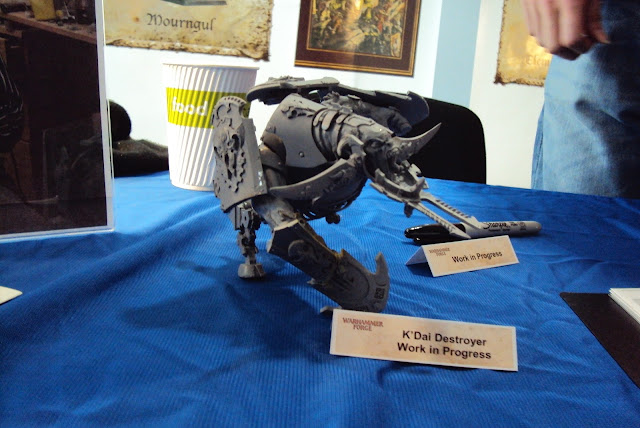 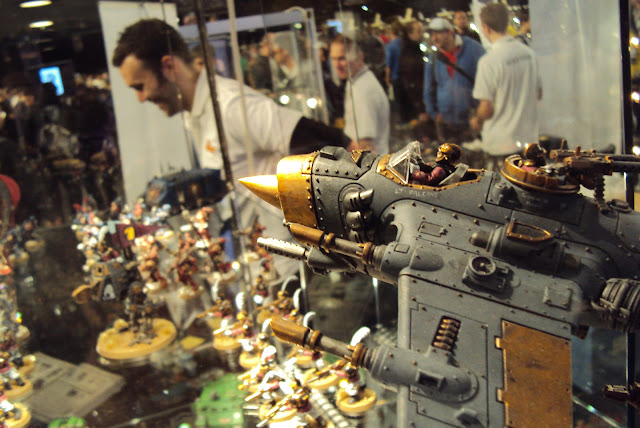 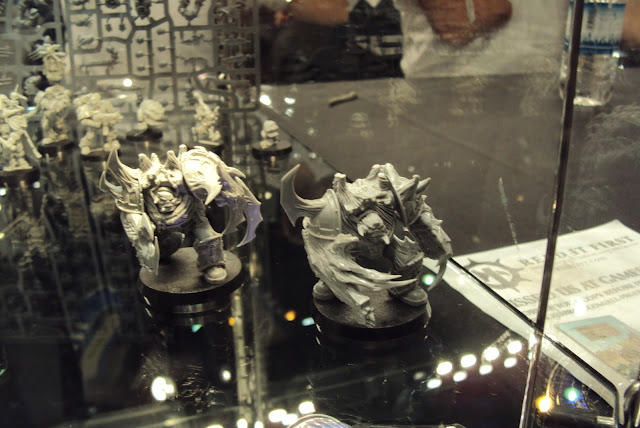 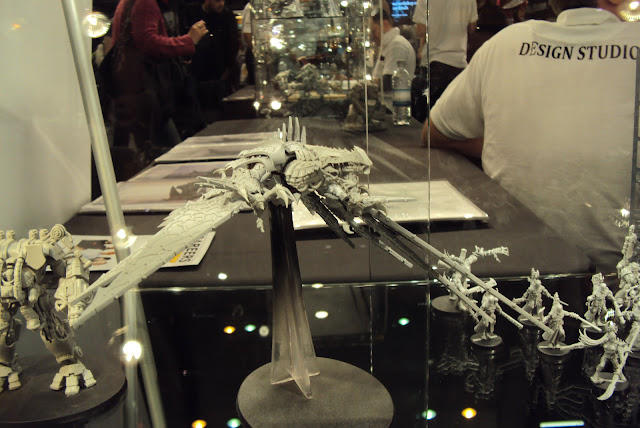 Email ThisBlogThis!Share to TwitterShare to FacebookShare to Pinterest
Labels: 40k

Got in a 1750 40k game with Marshall yesterday over at Battle Bunker. It was a grudge match. And if you haven't seen the original game, go check it out!

So the forces we were playing were similar to our original game. Both of us wanted to keep testing our forces just to see how it works on the table under different conditions.

Warlord Traits:
Tyranids - Your Warlord counts as a Objective Capturing model
Blood Angels - Night Attacker (You can choose if Night Fight takes place Turn 1 or not)

The army lists are the same as those found here.

On to the battle report proper. After setting the terrain up, we picked up the 6 dice (randomized) and placed them on the objective counters. Marshall had 4, 3, 1 and I had 3, 2, 2 on our table halves. Damn, I am going to fight for this one.

Having learnt from the past game with Marshall, I have chose to go for a heavy flank approach, pushing into the side with the objectives.

Surged forward with my Nids pushing the Warlord (painted one) and the Albino Flyrant up. Since most of his units are so far behind I reasoned that I could contest the points really early game and then sweep in to his lines keeping him away from them. Not much happened after that but running.

Doom of Malantai lands in turn 2 and so did the rest of my Gants who were in Reserves. Scattered 10" towards the 3 point objective

Unfortunately during the Assault turn I failed the charge leaving this Tyrant in the open. Sigh

Shooting killed off most of my Gargs opening him up to the Storm Raven. Unfortunately the Storm Raven was a few inches short! OMG my Tyrant will survive!

The Death Co is one unit that I both fear and loathe. In anticipation of them coming in, I placed my Tyrant here hoping to weather the charge with a +3T and +3S.


I managed to take out the Storm Raven using the two units of Hive Guard. Nice!
However, the Blood Angels manage to drop the Death Co before the Raven got blown out of the air.


Managed to kill the Chaplain before the Death Co could strike removing their reroll misses! This blunted their charge by a mile. Tyrant survives.

I guess the objectives no longer mattered now that the Marines were all gone. Was not as close as the previous game but I still enjoyed the game. Terrain looks good too!
Posted by Anything But Ones at 9:00:00 AM 4 comments: