With the release of Dust Warfare I'm very excited and want to get in on the game/miniatures/world. Had always been a fan of the range but I was not very interested in the Tactics, the board game version.

So with Warfare the entire range of minis are compatible so I went out and bough my first squad of Allied miniatures. The "Grim Reapers".

Dust is based on a World War 2 that never ended. And many miniatures were designed with heavy influence from real WW2 inspiration. However that also meant that the paint scheme tended to be along those lines too. Not that the colors were not nice. However painting so much Flames of War miniatures I wanted to get away from the "boring" greens and browns and browns and greens and greens.... you get the idea.

Therefore I let my imagination run wild amidst this "weird WW2" with laser beams and walking tanks. I decided on a color scheme. What better color than the color of the 2 main Allies flag? That's right, I went with the scheme of Red, white and blue. Here's how I painted them.

Firstly I re-primed the figures (it came pre-primed in green) a flat black. Then I used the Zenithal method of airbrushing and sprayed Vallejo Air Aluminum. 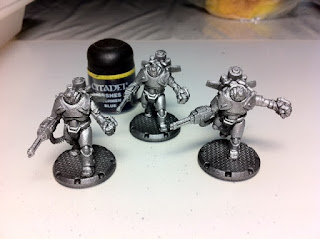 Then I gave it a wash of Asurmen Blue wash all over the model. 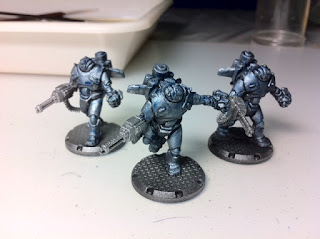 After the blue wash had dried I went in the details and separate armor plates with Vallejo Model Color Scarlet Red. I then washed it with Devlan Mud and highlighted the edges with Scarlet Red again. With a final highlight of Scarlet Red + a little white. 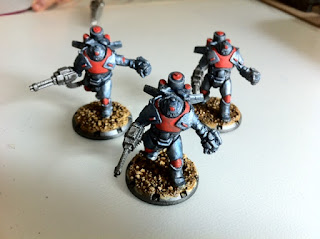 The White parts were first painted with GW Astronomican Grey. Then with 2 layers of white on it. 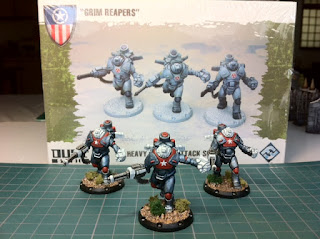 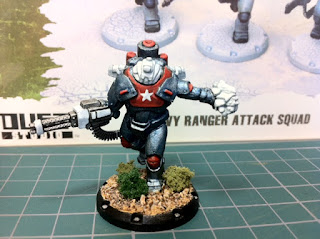 Hope you guys like this "weird" color scheme of red, white and blue! 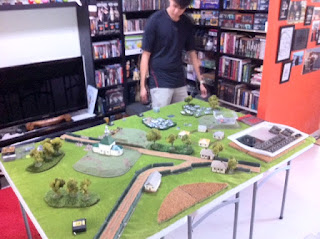 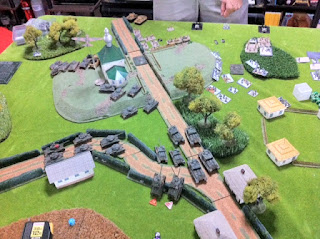 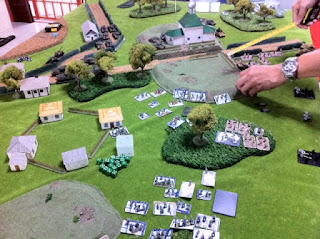 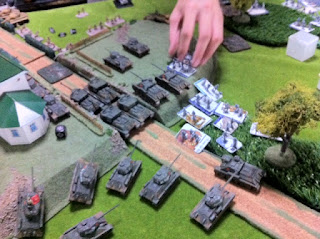 Had a good game today of FOW. The Germans brought along lots of pioneers and the Russians used their standard tank company.

I wanted to continue trying out my tankovy to see how I can either overcome and use my tanks effectively ever since the revised "Hens & Chicks" rule that I seriously feel brought the Russian tanks to almost uselessness.

We rolled fighting withdrawal for the mission. The game pretty much centred around the middle of the table where an objective was placed in between the two hills on the road.

After 6 turns of intense fighting for that objective we decided to call it as the Germans had too many infantry teams surrounding the objective with too little firepower from the Russian tanks to be able to take them out before the 8th Turn. When the defenders would win by default if no objectives have been taken by the attacker.
Posted by Beef Nuggets at 12:15:00 AM No comments:

Email ThisBlogThis!Share to TwitterShare to FacebookShare to Pinterest
Labels: Batrep, Flames Of War

Take a look at the pics and weep tears of joy! 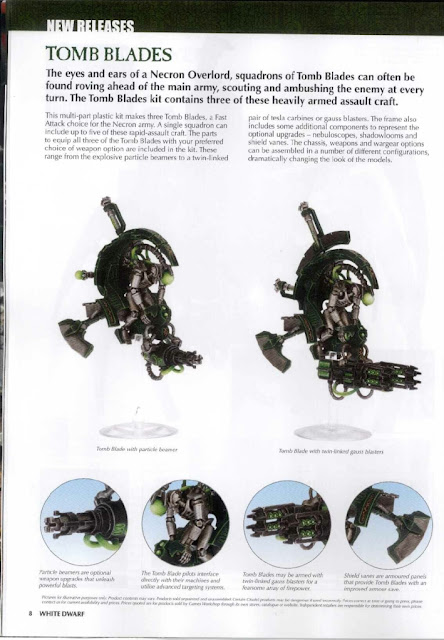 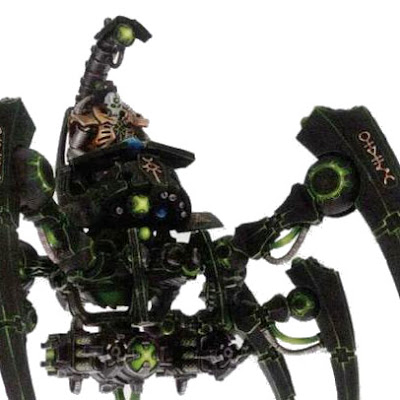 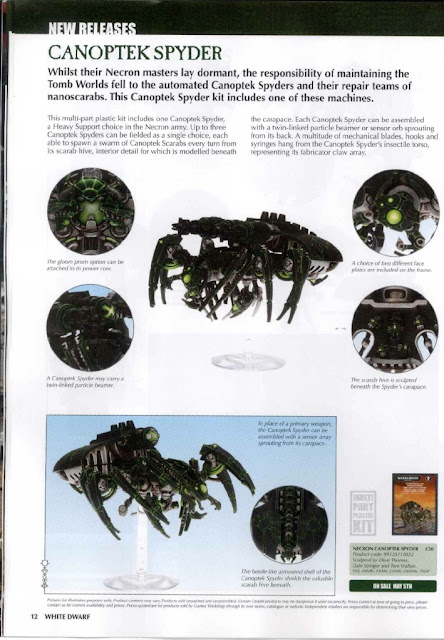 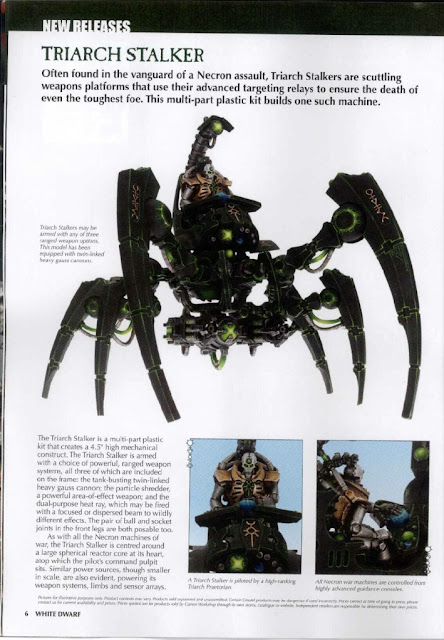 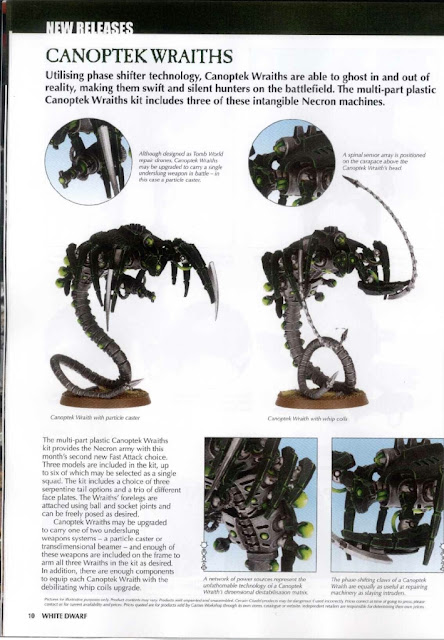 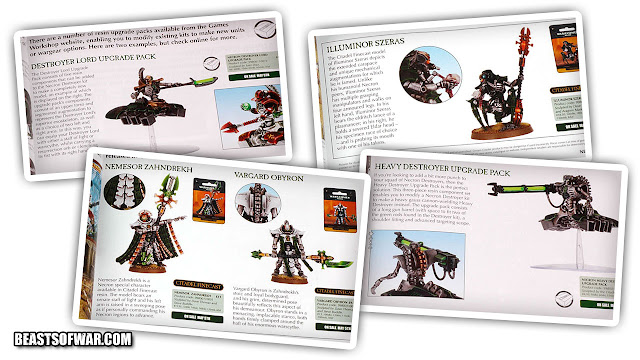