Looks like there is no Tyranids in the latest White Dwarf. Booo

Well at least we know what the cover looks like. LOL! 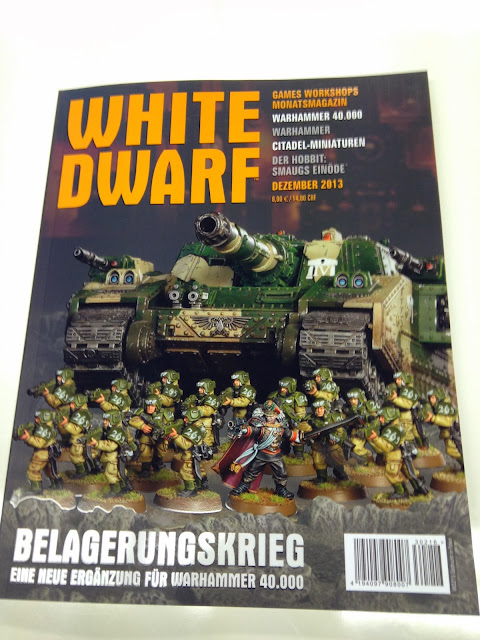 Email ThisBlogThis!Share to TwitterShare to FacebookShare to Pinterest
Labels: News

Ray: Loving the work Sam is putting into this awesome board. If I ever opened a Gaming Den for ABO, Sam will be high on my list to contract for tables. His ideas are fantastic and execution top notch! Over to you Sam! 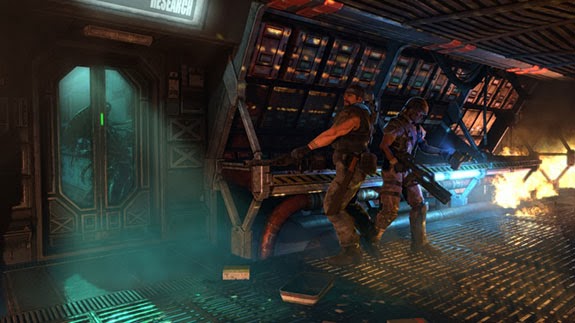 I finally got to take a break from work and have dived straight into hobbying. I've been Alien-izing my Tyranids again. I broke out the Tervigon and Hive Tyrant plastic kits I got some time back and went to work with greenstuff. 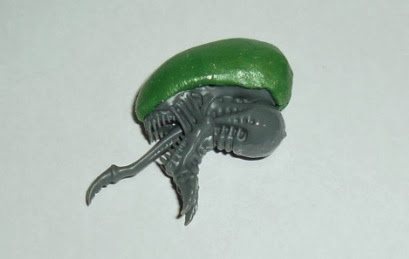 Here is a modified Hive Tyrant head. I just slopped on some greenstuff on top of the head and smoothed it out. 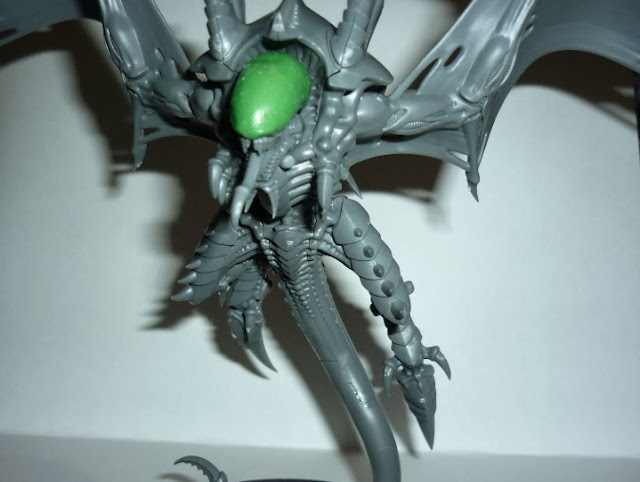 Mounted the head on the Flyrant body. I have not stuck on the twin linked devourers yet. 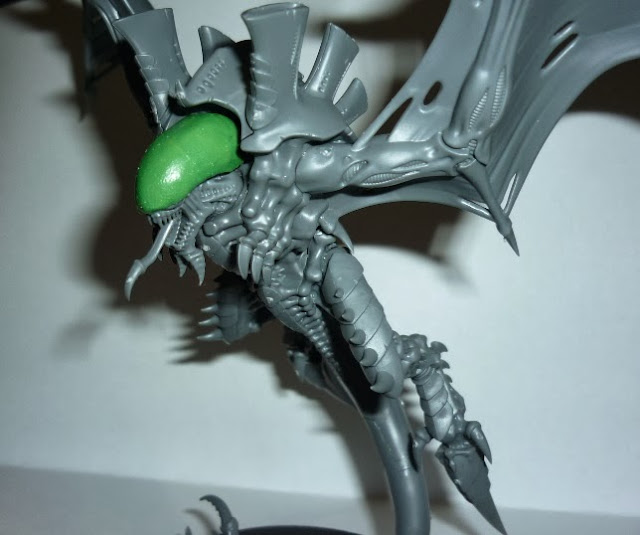 Will be using the Tyrannofex Fleshborer Hive arms for the twin linked devourers.

I did the same greenstuffing for the top part of the Tervigon head. I had some spare Tyranid Warrior heads and used the jaw area to make the Alien tongue organism. 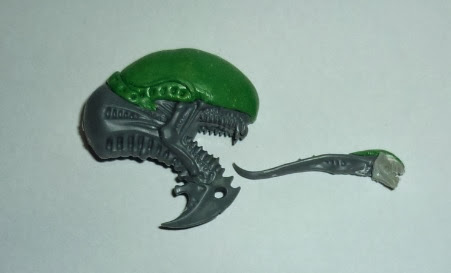 The simple conversion involves sticking the Warrior mouth to the opposite end of the original Tervigon tongue. 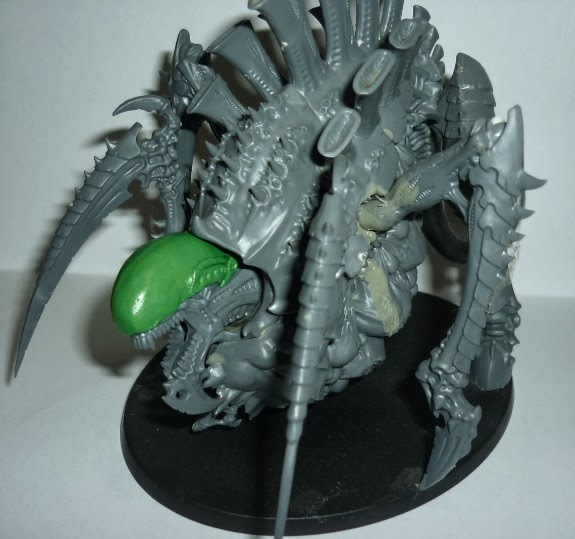 The first Tervigon I assembled. Now with the converted head. I will call it Harry for now. 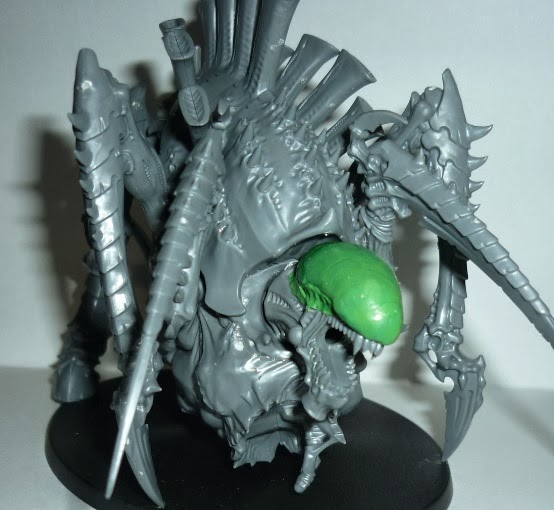 I'll name this one Sally. 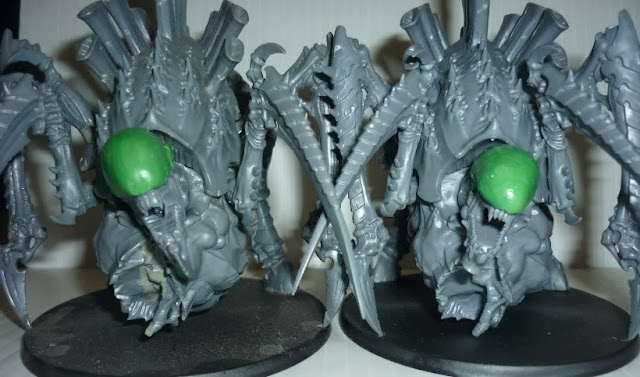 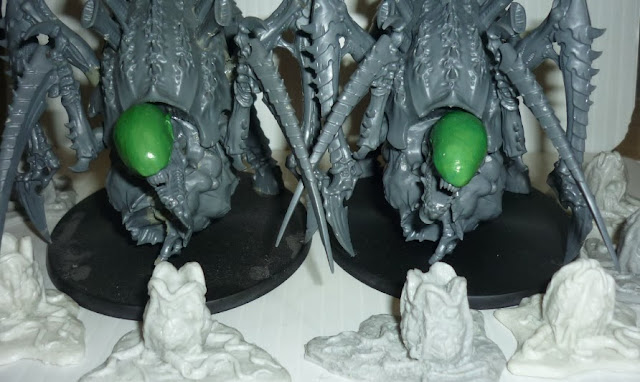 WIP: The Space Hulk "Voidscream"
Did some work on the deck plating of the Voidscream. Used some knitting squares from Art Friend and glued them onto some plastic board. 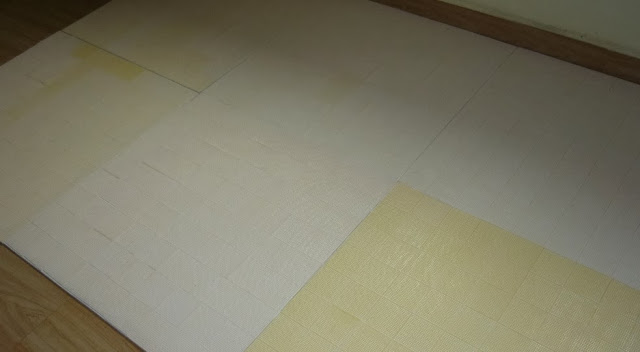 This is the very basic result of the deck flooring of the Voidscream. There are six boards here making it 6 feet by 4 feet for gaming ;) 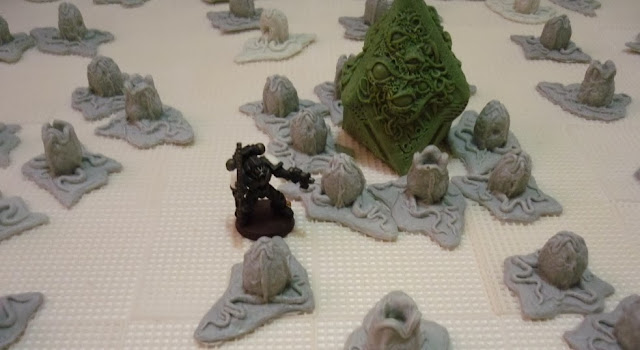 Some terrain I got 2 great gaming and terrain companies. The alien eggs are from Dark Art Miniatures while the strange living artifact (in green) is from Fenris Games. Also shown is Brother Tamryn of the Black Templars. He does not like what he sees.

The Living Artifact! It is yet unpainted, but looks to be a treat to paint. 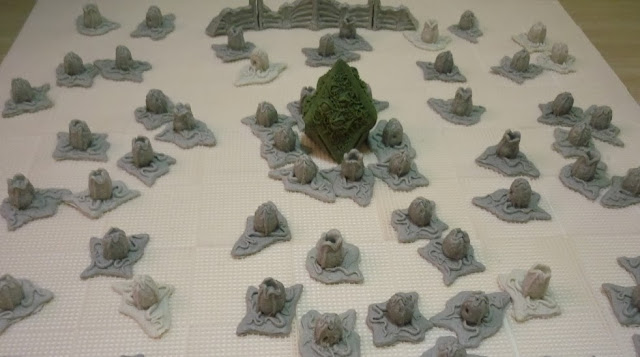 Me playing with terrain pieces again haha! I got 60 of the alien eggs. The alien aegis like wall at the top of the pic above is a free item thrown into my purchase by the good gentlemen at Dark Art Miniatures.

I can feel Christmas in the air already, and the promise of an impending battle :) 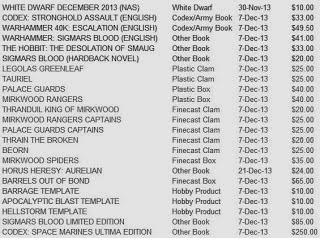 Like many of you I am keeping close tabs on getting the new Tyranid Codex and was hoping that December would be a great bumper month for us.

The above list should kill this once and for all. Looks like Christmas is going to be filled with lousy stocking fillers. Boooo
Posted by Anything But Ones at 3:58:00 PM No comments:

Email ThisBlogThis!Share to TwitterShare to FacebookShare to Pinterest
Labels: News


Looks like my favourite army is coming this December!

via anonymous sources on Faeit 212
the info hes recieving from distributors and GW is that tyranids are being shipped for Dec 7th release.

Just got the confirmation of tyranids for dec!
Posted by Anything But Ones at 3:06:00 PM No comments: