Sam has put some action into his Tau models and boy they look good. Take it away Sam!

Sam: Its Labor Day today or as many of my friends would say, more accurately, No Labor Day since we are all taking a good rest :) 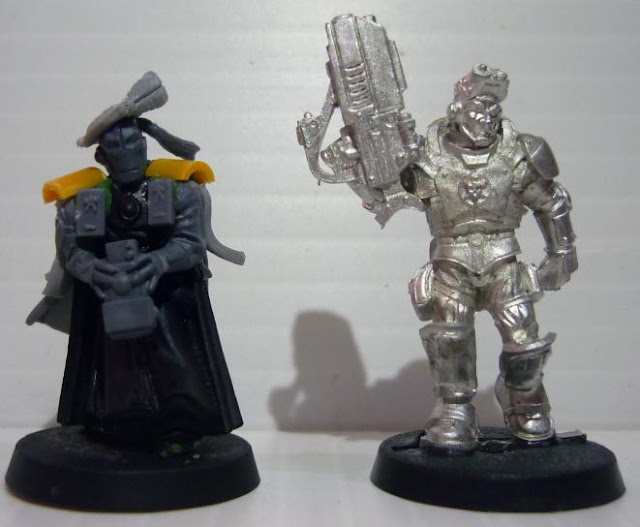 I did a conversion for a Tau Ethereal for my Patlabor Mobile Police Tau army. He will represent the only Tau in the entire army. I have named him Aun'Tyr aka Galileo. The guy on the right is Captain Nick Stone. He will be my counts as Cadre Fireblade. He is yet another excellent mini from Reaper Miniatures. Both minis are still very much a work in progress.


Aun Tyr's Fluff
Aun'Tyr aka Galileo (Tau Ethereal)
The Tau Ethereal with a keen interest in humans and their culture pre Dark Age. He is seen as an eccentric by other Ethereals for his almost human-like mannerisms and odd dress sense. As such Aun'Tyr or Galileo as he likes to be called, was deemed to be 'useful' as the ranking officer of the Mobile Police Unit. 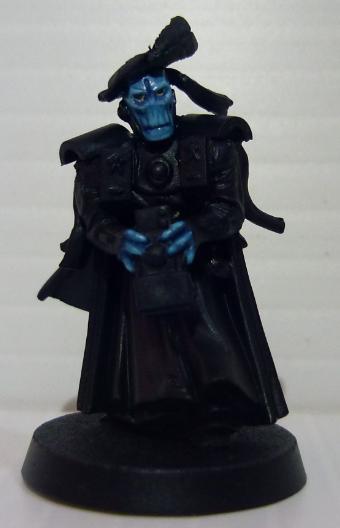 The Tau have always been amenable to the absorption of other races or its individuals that embrace the Greater Good.

So it was that those who were discontent with the Imperium of Man sought shelter under the guidance of the Tau. These humans have long been the target of piractical raids of the Dark Eldar and Chaos Warbands, not to mention Eldar Corsairs and Ork invasions. But their pleas for assistance have gone unanswered for too long..for not all the populace from outlying systems can claim constant protection from the vast machinery that is the Imperium.

Their plight was however noticed by the Tau who then assisted these humans with protection and patrol of their home worlds and trade routes. In return, they would have to join the Greater Good.

Many of these humans later became Protectors of their realms. Armed with Tau technology and guidance, they gained skills in policing trade routes and escorting of convoys. As time passed, their skills also helped in the capture of renegade Tau and allies who had forsaken the Greater Good.

The Mobile Police is a unit whose deeds and tenacity have won recognition and support from discerning Tau Commanders. As such, their presence is a welcome sight not only in the stars, but also on the battlefield.

The Mobile Police have also received the latest Riptide suits, modified for human interaction. This presents a clear sign of the trust and understanding between the Tau and their human allies.


Captain Nick Stone (counts as Fireblade Cadre)
Stone served as an apprentice of a veteran Tau Firewarrior when he was just 12 Terran years of age. He joined the Tau Firewarriors and after years of being in the unit, he earned both respect and trust of the Tau. He rose to command equivalent to a Captain by age 30 after the demise of his tutor. Serious yet of noble repose, Stone leads with both taciturn melancholy and valor(whatever that means).

Cadre Fireblade leads the 12 man Firewarrior squad. He provides a Markerlight shot at BS 5. Other squad of 11 man Fire warriors will deploy inside their Devilfish transport with the Ethereal. This also increases the range of the Ethereal's powers and leadership bonuses.

Pathfinders will hug terrain as much as they can and fire off their Markerlights. Riptides will try to hug any available cover, but priority is to shield their brethren on foot.

Sky Rays mark and take out tank or monstrous threats. They also have nice Networked Markerlights and Skyfire to take care of flying stuff.

So there it is. My ideas for a themed Patlabor Tau army.

That's about all the fluff I got for now. Hope you have been entertained ;)