I wanted to do a test model today for a Tau color scheme. I was looking through the new Tau Codex and there's this green colored Broadside battlesuit on page 89 that looks a lot like an old transformer called Sixshot I used to own. 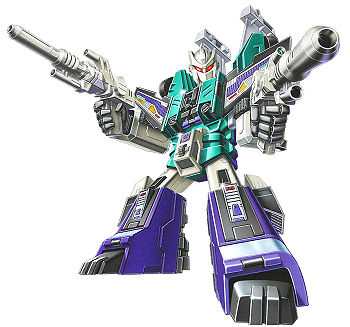 I really like the colors but how its painted still eludes me. But he did really remind me of Sixshot. Not sure why though. Maybe its the green.

Anyways I tried to paint up a test model on a whim, but discovered I never really built or primed any of the Tau Firewarriors.

I used an Eldar Dire Avenger I had lying around as the test subject hehehe! 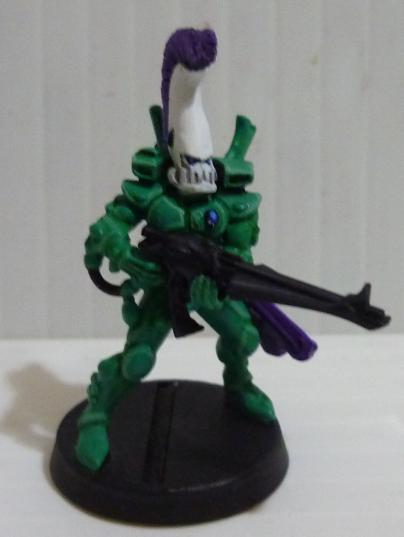 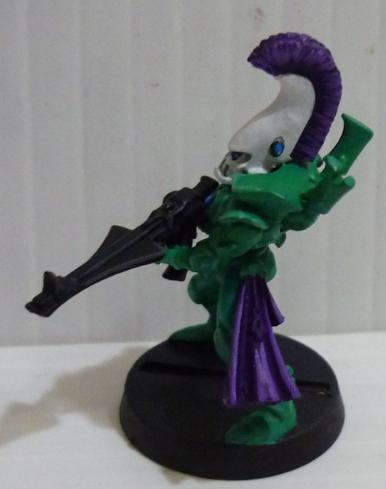 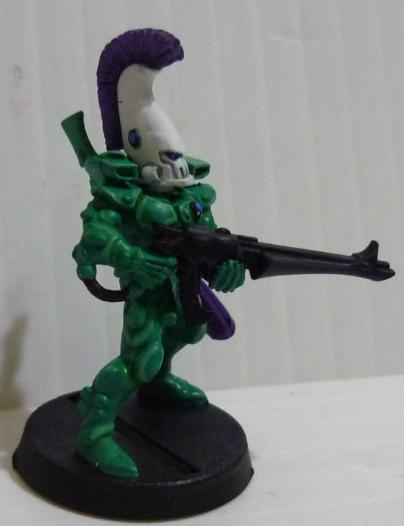 I used the new Citadel paint called Sybarite Green on a base of Regal Blue. I painted him in about 10 minutes. He looks to be the only one of his kind. Not sure I'll do a whole army in that color scheme.
I definitely had some giggles when I finished painting him though.