Posting on behalf on Sam!

My new job feels quite challenging and going into it tired from the dust of the road was probably not a very good move. Will try to keep chugging along and hope for the best ahaha!

I did manage to finally finally settle on a color scheme for my Samurai themed Warhammer Fantasy Empire army. Yep, it's another of my long list of projects on the back burner.This fella (aka test model) has been through at least 4 different coats of paint. I went for the deep red and bone color scheme. 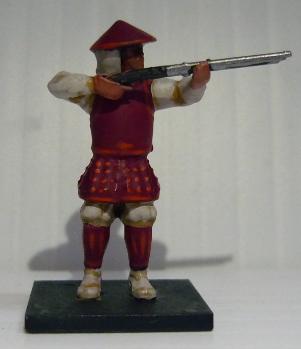 The test model took about 8 minutes to complete. I reckon the ones after that should be much faster. I'm opting for faster paint time now as there will be another 150+ to paint, on top of everything else from 40K and other random minis hehe! 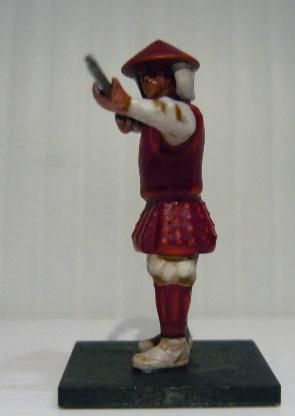 This excellent miniature is from Wargames Factory's Rising Sun series. He's an Ashigaru trooper with gun. 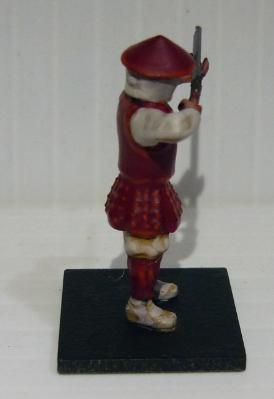 Red Gore for the armor and hat. Dheneb Stone for the cloth areas. 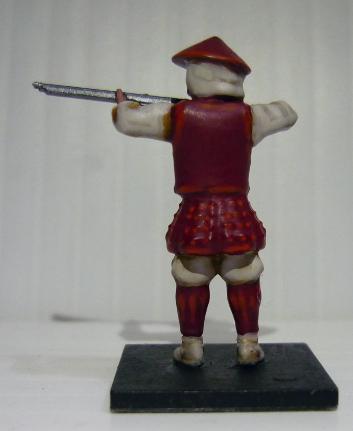 He's from a detachment of 10 handgunners for the Empire army. It'll be a long road to painting up the army. But then it always is. I do promise to enjoy the process. Especially when painting the Lords and Heroes choices.

Eldar Wraithknight
So I gave in and bought the Wraithknight model. It does cost quite a bit but it is undeniably a beautiful model. I had the time and strength of will and mind to assemble it today. It was a fun process as I was also listening to the podcasts from Life After the Cover Save (hilarious) and The 11th Company (insightful). 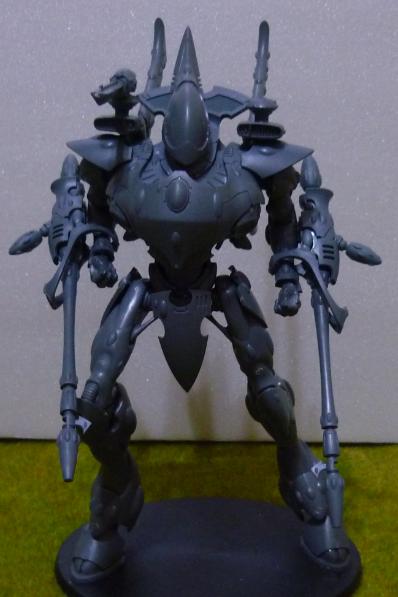 I just did some pinning as I have no experience with magnets. Maybe one day..soon. The Wraithknight is a really tall fella. I opted for the Wratihcannon configuration with a Scatterlaser thrown in for extra dakka and some re-rollable goodness. 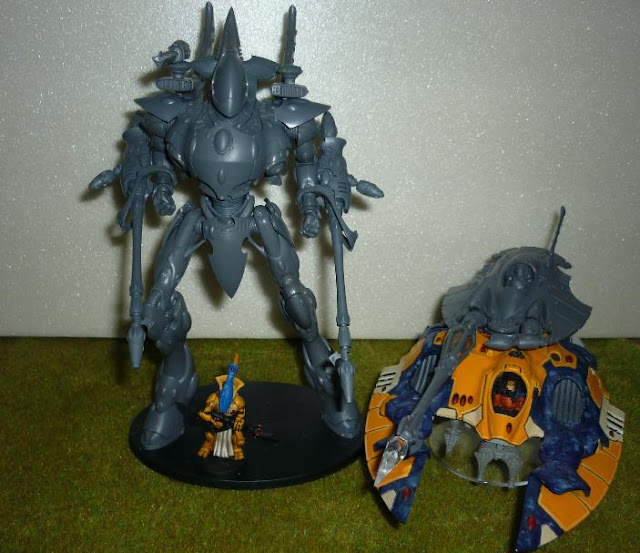 Above pic is a size comparison with a Wraithguard and a Fire Prism for scale. Impressive model. I also had an extra set of arms after the assembly along with the other weapon options.

Here's the new list I updated from my previous Iyanden list. I made some modifications for the new rules and some space points wise to include the Wraithknight.

I got a few points left to play with, but this is generally the list at the moment.

Have a great weekend everyone!
Posted by Anything But Ones at 10:34:00 AM