Overhyped. While I would not go to the extent of saying these brushes suck. They simply do not deserve all the marketing hyperbole that has been tagged to it throughout it's Kickstarter campaign.

Cheap? It's reasonably priced, although I could get cheaper brushes of the same or even better quality than these sans the Kolinsky material. Granted I got 2 for the price of one brush yeah I'll let it be good value for your money.

Good? Like I said, they do not feel like what a High Quality Sable brush should feel like. In fact I'd though it was something else if I've not been repeatedly told a million times that these were "PRO standard Kolinsky Sable Brushes".

Enough talk. I took these brushes for a quick test. And naturally I compared them to my W&N and Raphael brushes. All I can say is they are worlds apart. You really are getting what you pay for. 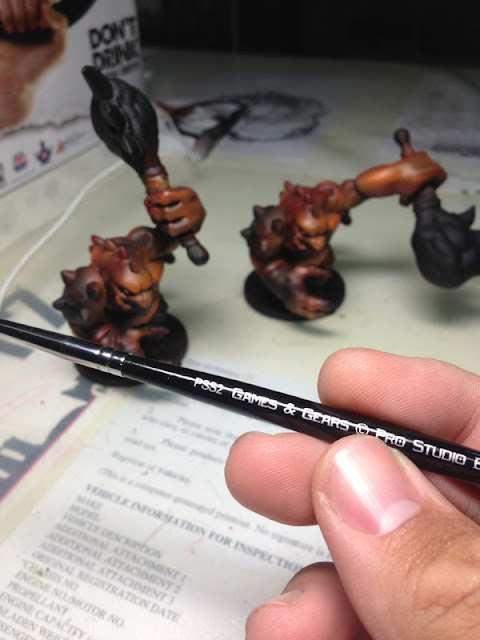 I tried the PSS version which was shorter and more "normal". The regular ones were so long and heavy it really took extra effort holding them to paint. I'm sure with long painting sessions that I will get noticeably tired. Ironically one of the "features"of these brushes were "fatigue free". Think it really meant giving you a "free fatigue....." 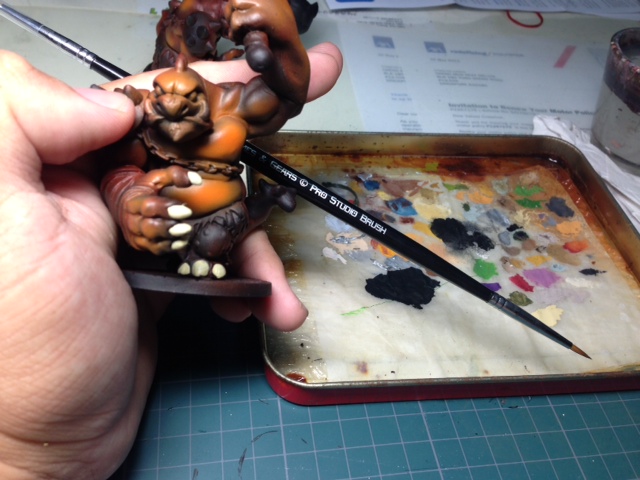 The brushes were alright to use, just that they were nowhere near the claimed "PRO" standard which they pitted themselves against the likes of the top dogs.

The control of the brush was just not there, and I probably attest this to the very disturbing weight of the brushes.

Don't really have much more to say. Well at least I have alot of "regular" brushes for my basecoating.
And I won't be buying any more of these that's for sure.