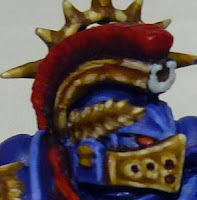 Another re-post on behalf of our friend, Sam from The Ward Save Blog. Enjoy!

I'm finally getting some rest after work weekend. I broke out the Marneus Calgar and Honor Guard box set. Got the Finecast one and decided to use the Champion mini to represent Captain Mikael Fabian of the Ultramarines 3rd Company. 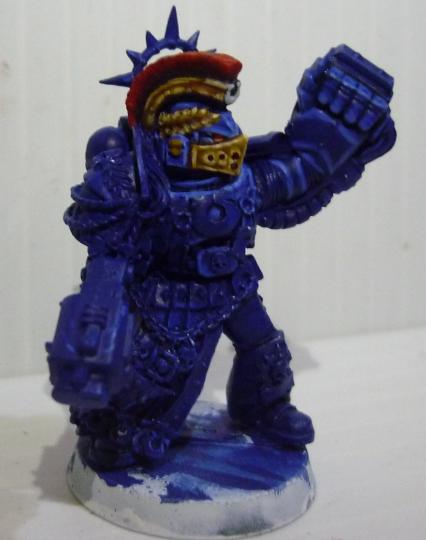 Some earlier WIP work here. I had decided to go with the Power Fist and Storm Bolter as this will be my Counts As Pedro Kantor. 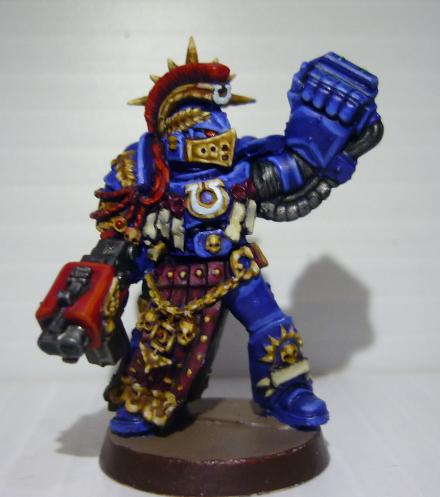 This is my progress so far. Got most of the shades and base colors on. Am beginning on the highlighting stage. He's really got a lot of bling! 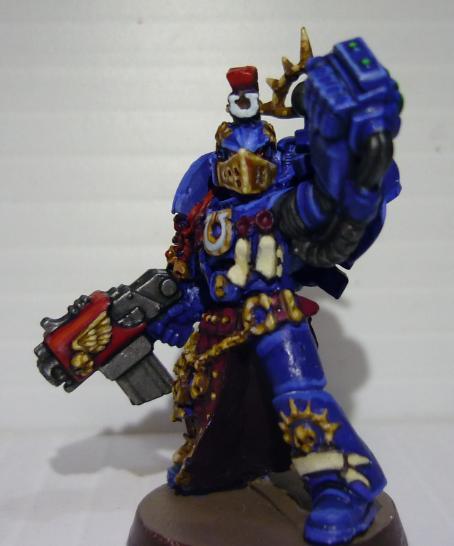 I have also given his Storm Bolter a fancy name Eagle's Fury. Its my counts as Dorn's Arrow ;) 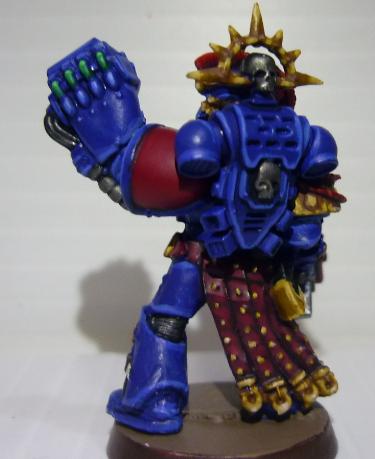 Nothing unique about the power fist, but I decided to call it the Fist of Prandium, in honor of the world with the same name lost during the Tyranid attack. You can sorta see the two glowing gems on the fist in the 2nd pic. Fluff wise, the gems are taken from the irradiated ore from the depths of Prandium. The Power Fist is actually modified lightning claw. 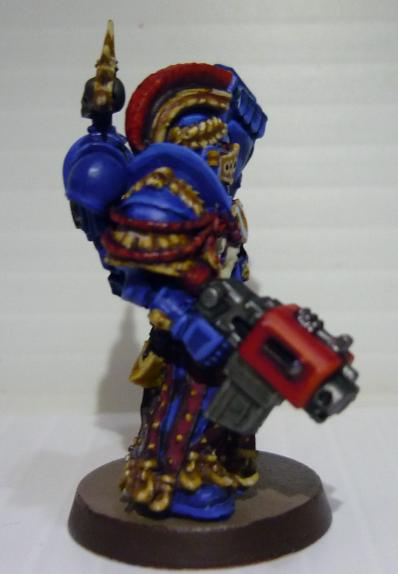 Another side view. That Storm Bolter sure is chunky. I'm also thinking of adding a small Termagant head at the base hehe!

Just to add, I think Pedro Kantor can be great in 6th Ed as well. He makes Sternguard scoring and complements by giving friendly units around him an additional attack. He's a really good force multiplier for his points cost. Placing him in a Tactical or Sternguard squad is the best protection. With the Powerfist, he'll swing last, and might not survive the challenge from high initiative and/or high strength monstrous creatures. 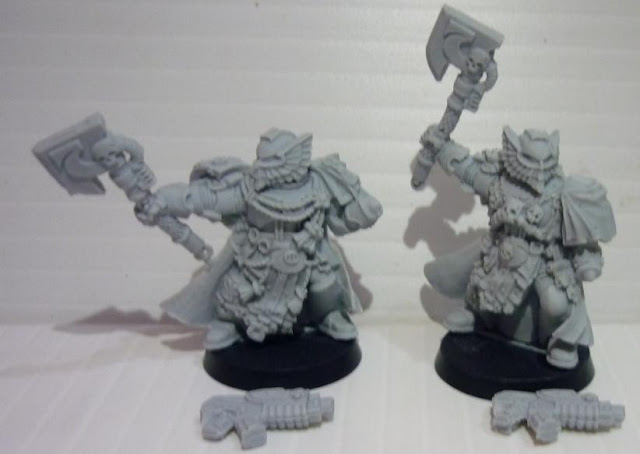 Besides Marneus Calgar and the Banner Bearer, there are also two excellent minis in the box set. They are the Honor Guards wielding the Axes of Ultramar with super cool winged helmets. Am thinking they could easily represent another Ultramarine hero or a Sarge with lots of Xenos purging experience.

Hope to have a game soon with me gaming buddies. Its been too long man!!

And on that note, I wish everyone a great weekend.
Posted by Anything But Ones at 11:16:00 AM