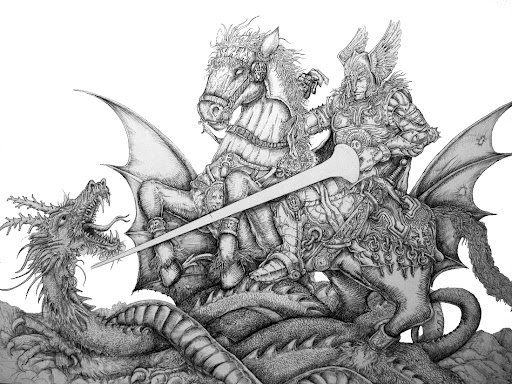 This is a mini project i'm doing for the Codex: Space Marines. There are many interesting characters in the codex. I'm planning to make these other characters into an Ultramarines equivalent or counts as. Its practicality is two fold. One, it presents really great modelling and conversion opportunities. And two, i don't have to start a new army each time i use a special character.

This group of special characters are The Gladiators. They are Calgar's A Team, so to speak. Kinda in the similar vein to Horus's Mournival.

I've started this with Captain Mikael Fabian, my counts as Pedro Kantor. My next character will be a counts as Darnath Lysander.

Onto the next Gladiator! 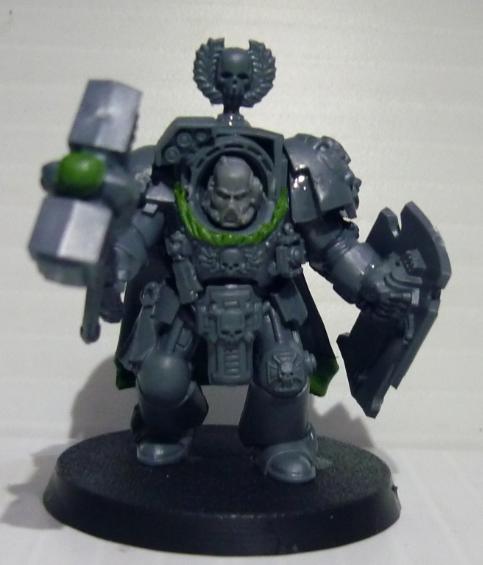 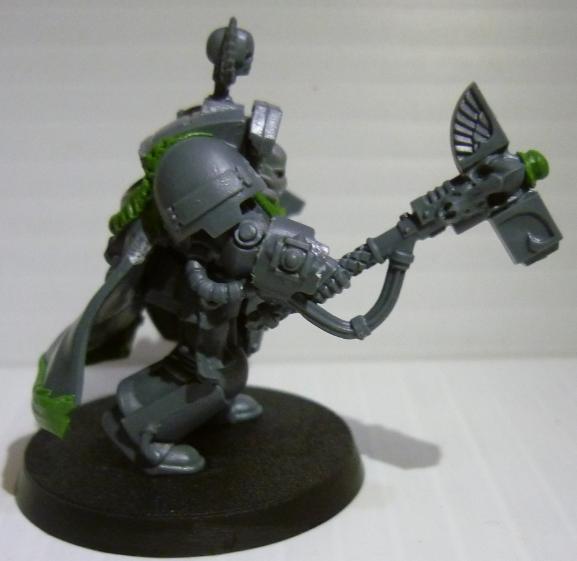 The Thunderhammer Grimfang is from the Space Wolves Terminator sprue. I may plan to add more bits and converting to the skull on the hammer to make it look more like a drake's skull. 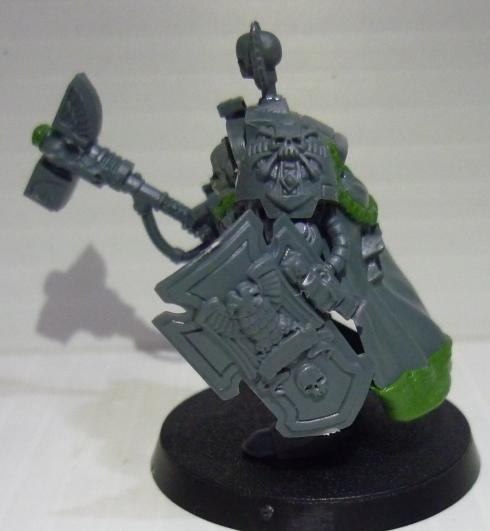 I used the longer Storm Shield to make him appear similar to the original Lysander model. 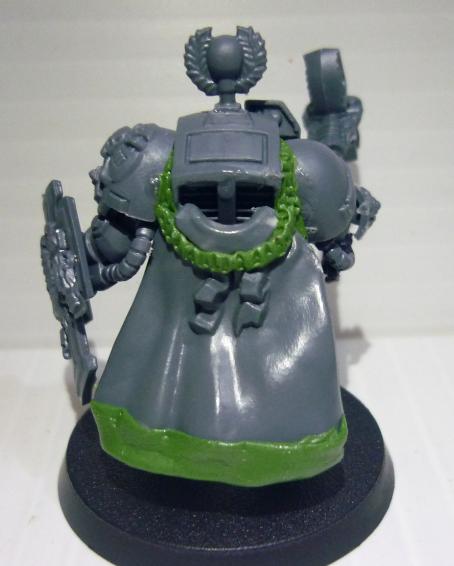 For the cloak, it is from Warhammer Fantasy Pistoliers. I added more length to the cloak using some greenstuff.


Character Background
It has been a century since the days where Caius Aracus was a Sergeant in the 3rd Company. He joined the 1st Company after his heroic act of delivering the felling blow to a winged Hive Tyrant in close combat. His exploits have since included the destruction of many foul abominations of gargantuan proportions.

He was later elevated to the rank of Captain and charged with the destruction of the most terrible beasts, both daemonic and material that plagued the Imperium.

Aracus is also known as The Dragonslayer. He belongs to a brotherhood of Gladiators, and hunts his prey with both cunning and strength of arms.

Squads of brave (and some say foolhardy) Scouts, also known as Stormseekers, corral their target. Aracus and his warriors would then descend onto the battlefield like multiples flashes of lightning surrounding the quarry. These squads of Terminators or his Immortals, as Aracus calls them, are both fearless and merciless, bringing down even the most titanic of terrors.

I plan to include lots of scouts and terminators in a new interesting list. It may not be too tactically sound, but its quite dramatic. Its also partly inspired by how the soldiers who call themselves the Archangels in the movie Reign of Fire hunt the dragons.

I got 180 points to spare to make it to 1750 points. I may take a Tactical squad. Or a 10 man Scout Squad as objective claimers. The strategy is foolhardy indeed and risky. The Landspeeder Storms hang back or infiltrate and make it as near to enemy lines by Turn 2. The Termis then drop as close as possible. Great if there are any teleport homers left and smash face :)

Press on my fellow gamers, the weekend is nigh!
Posted by Anything But Ones at 11:37:00 AM