Its been a really short weekend as I had to work on Saturday. But it was enjoyable and I learnt some interesting stuff at work. Hobbying wise, I was distracted yet again after reading the new Dark Angels Codex. Can't say I was surprised.. 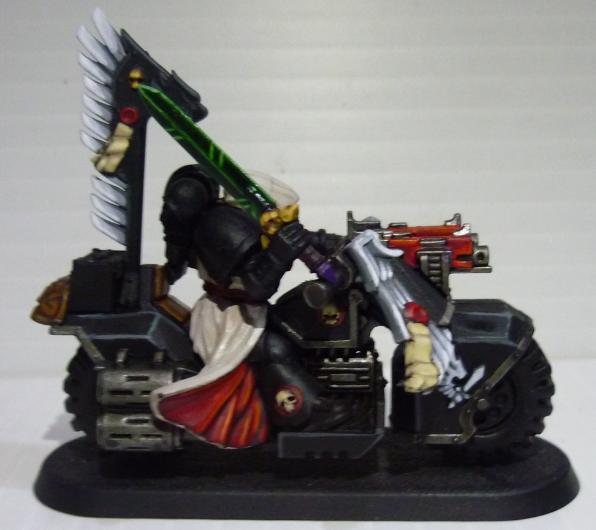 I did wake up feeling more rested today and painted up a Ravenwing Sarge. Still lots of highlights to do, but the main colors are on target. 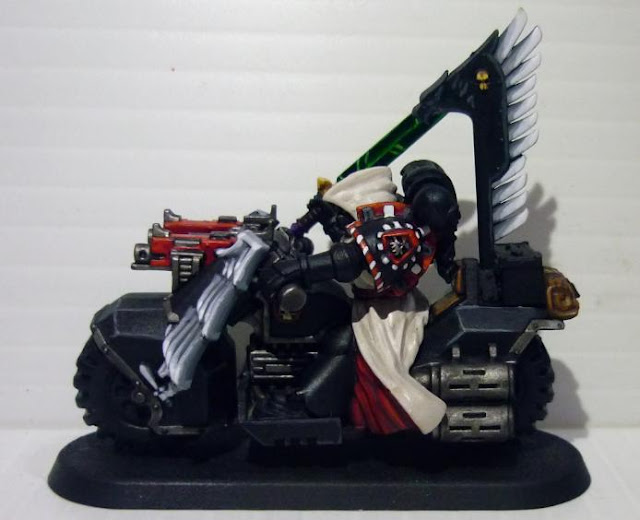 Ravenwing Bikers are so much more cooler than normal bikers from other chapters. They have so much individuality in terms of chapter icons and assorted bling! The sarge is armed with a power sword. 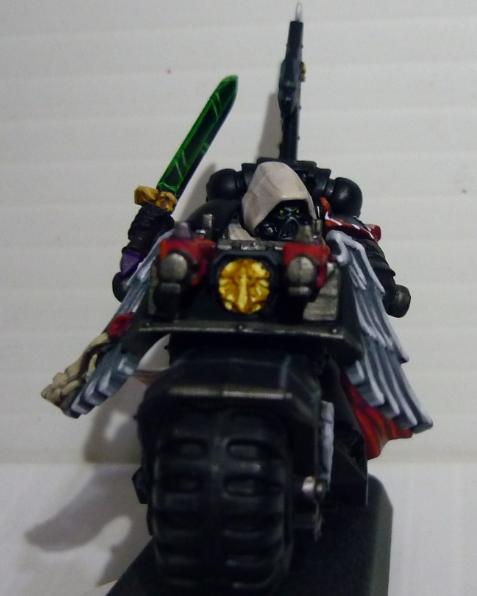 Even the headlights of the bike have their chapter symbol! Sometimes I just wonder if their undies also have the winged sword symbol hehehe! It was fun painting the bike model. It helps lots that most of the model is black in color, thus faster to paint. Or rather, appears painted quicker ;)

WIP: Sableclaw
I was looking at my old metal Sammael on Jetbike model longingly the other say. But alas, I felt like it was too much of a hassle to assemble, pin and pin and pin and prime then paint lol!

I decided to go for the Land Speeder version of Sammael instead. Hence Sableclaw. It was an easy conversion from another landspeeder I had primed a while back. I would have very much preferred the jetbike model as the Sammael appears much more survivable and able to contribute to close combat with his AP2 sword. But convenience eventually outweighed my tactical preference.. 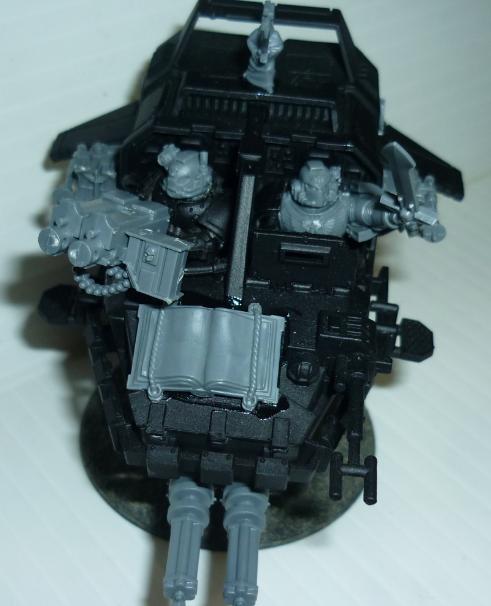 Armed with twin linked assault cannons and twin linked heavy bolters with a BS of 6, he will not be missing what he's shooting at. Should be interesting to see how he does in games though, cos he has only 2 hull points.

Well, the work week beckons and so does my Ultramarines. Time to get back to it them!

Note: The above has been reposted on-behalf of our Contributor Skanwy from his blog The Ward Save.
Posted by Anything But Ones at 3:37:00 PM