Updates on What I've Been Up To

Been pretty busy with things, but thought I'd drop an update by.
So I've been putting together some Grey Knights and finally getting around to painting the old GK metals I've had rotting in my toolboxes for ~8 years, heres just some pictures of part of my workbench: 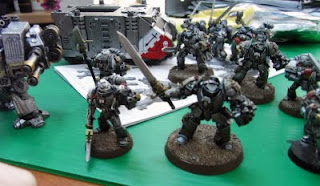 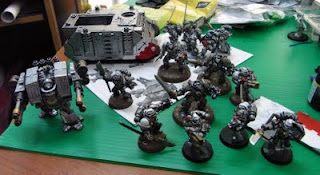 A close-up of one of my two Psyfle's (WIP). Magnetized the arms, and the torso (yeay for spinning Dreads!): 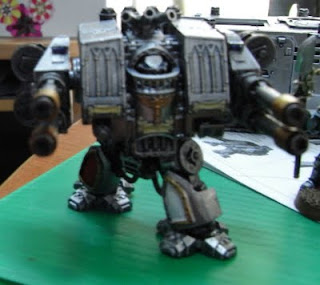 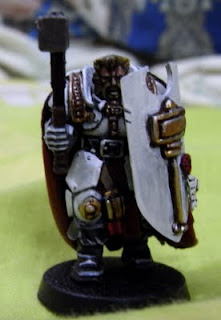 And the stuff I have to build. At the time of this posting I've already put together two of the four PAGK boxes and am in the middle of putting together my second box of plastic Terminators, to accompany my old metal Terminators. 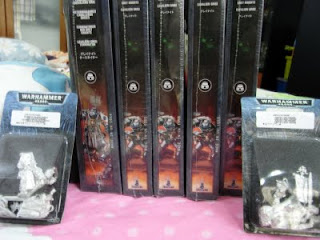 More importantly, the biggest non-work distraction from my Grey Knights: My original chapter, the Emperor's Fury. I started painting these guys about 15 years ago, and in the past couple of years I've been updating their paintjobs. The picture below shows what I've "updated" thus far with many more in their old painted-by-a-small-kid paintjobs.

I'll probably get some close ups and better pictures soon.
Posted by Joash at 2:48:00 PM