I've been waiting with much anticipation (in fact one of the most exciting releases for me in a very long time) since the rumours leaked of a Titan being released and finally when it was out I grabbed a bunch of them.

I wanted to build one up real quick, and with the current plastic kits put out by GW these days you can tell the layout/sculptor/designer really thought out about the kits. Most of the Knight went together fairly straight forward with my first build taking me about an hour and a half. I reckon my remaining to be put out at a much quicker rate.

I'm also pleasantly surprised by how much of the "skeleton" (i.e the main bulk of the model) being primarily "metal innards". What this means is that painting them up will be a real quick affair as 70% of the model is simply Silver. You have to make sure you leave the armour sections out to paint separately though. I'm going to attack this kit with my airbrush later and will post up my progress as soon as I can. 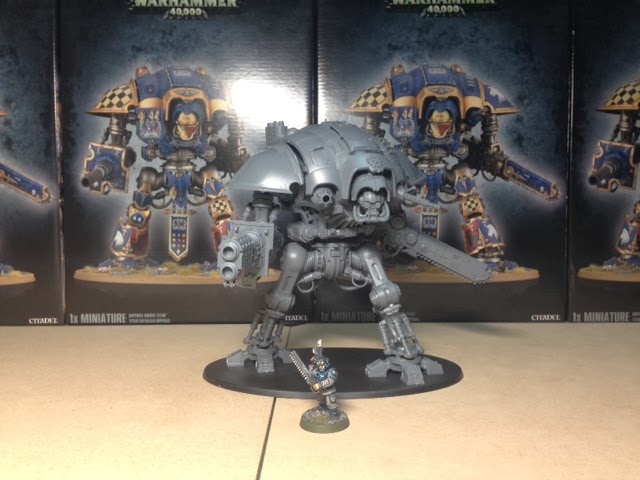 Here you can see my first built Knight towering over a Cadian Guardsman. 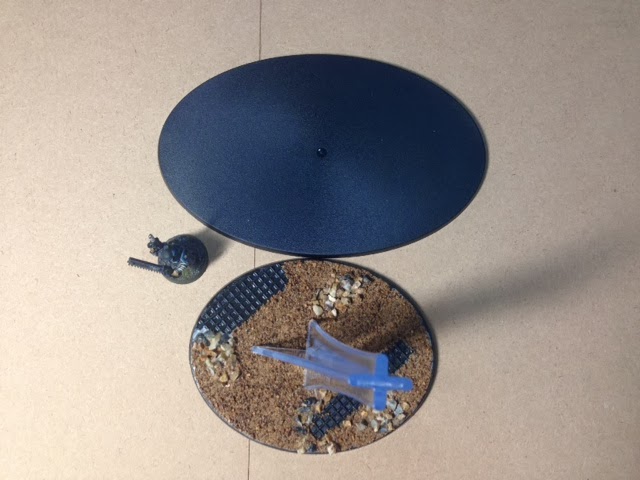 Before I go into the size comparison of various models here is a shot of how much larger the new Knight sized base is compared to the standard large flying base. 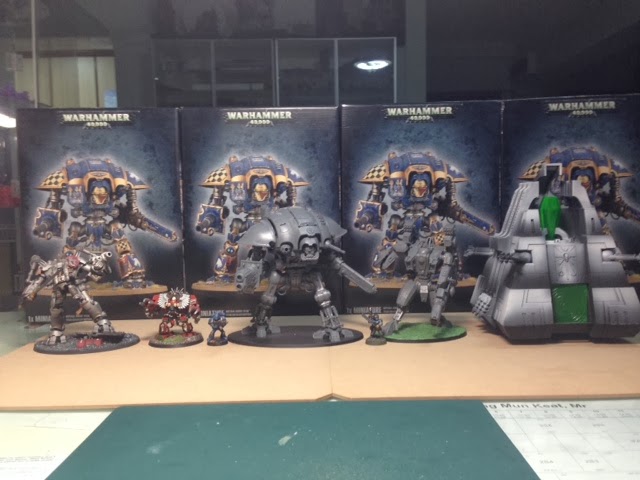 I lined up all the models that I wanted to use for a size comparison and took a group shot. 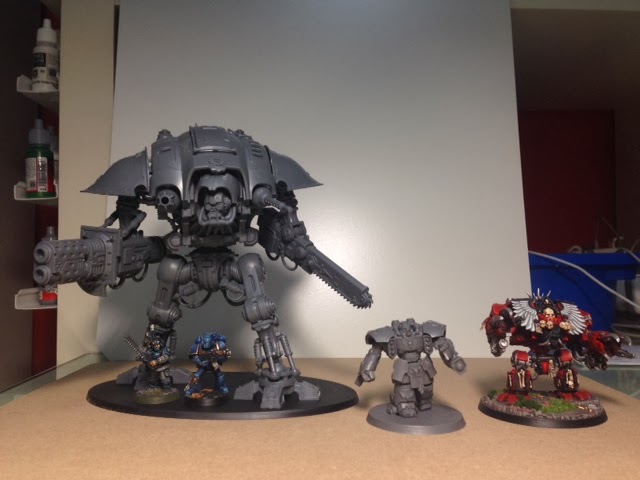 First up is a Dreadnought and a Centurion. 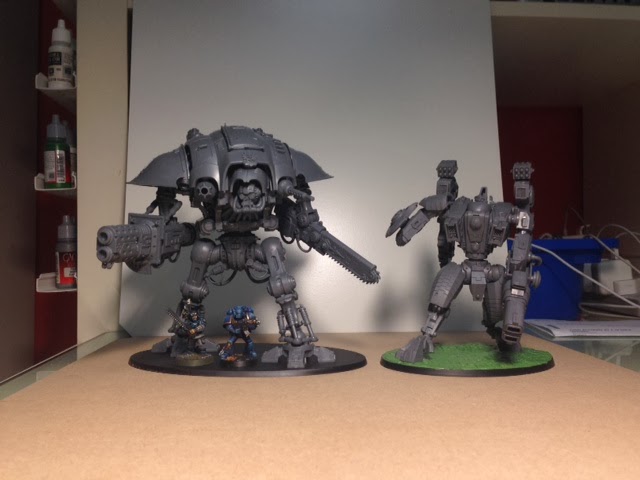 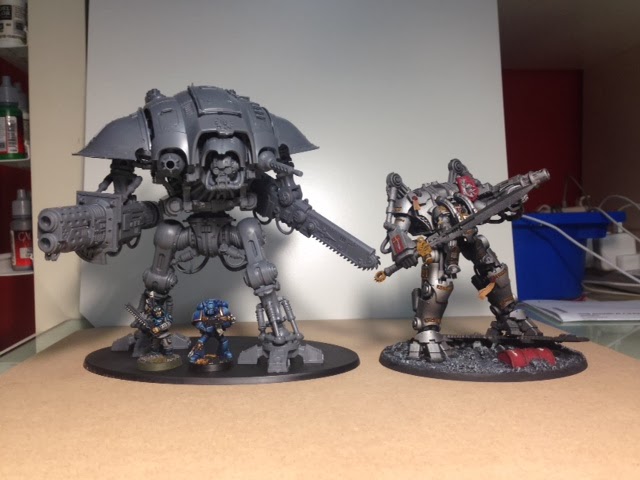 The Dreadknight. Man how I thought this was huge when it first got released. Come to think about it this model was one of the first few models that began the great "GW larger and larger models" arms race. 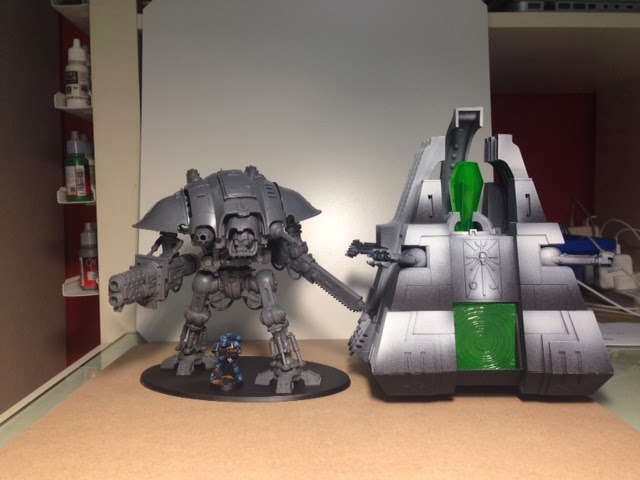 Finally here is a Monolith. Half the price and bigger. To be fair, half the amount of details too.

Hope this post puts some perspective into the actual size of the new Knight Titans. Personally I'm a little disappointed. With the Eldar Wraithknight being so tall and huge I expected the Imperial Knights to be at least that height or even taller and bigger. Guess it's just a matter of getting used to now.

Off to set up my Airbrush. It's time to paint up this beautiful model.