Posting for Sam who has been busy with Nurgle...oh wait was infected by Papa Nurgle.


Its been really busy at work and I fell prey to Nurgle's plans, yet again! Just recovered from some flu thingy and am back to painting and some converting. Also plan to draw up some new purity seals.

I did a quick paint up of an old Space Marine I had lying around. Again this marine was previously a Salamander, Space Wolf, Blood Angel and I think Celestial Lion lol! 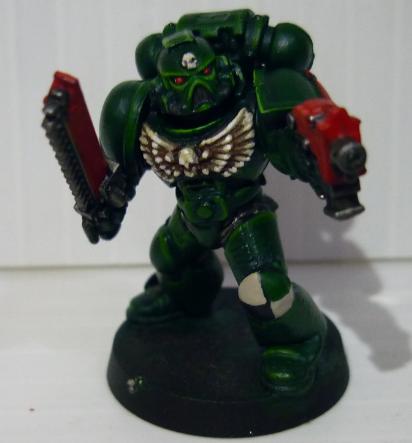 Decided to continue my Dark Angel marines from the 5th Company. This one will be my normal Sergeant. 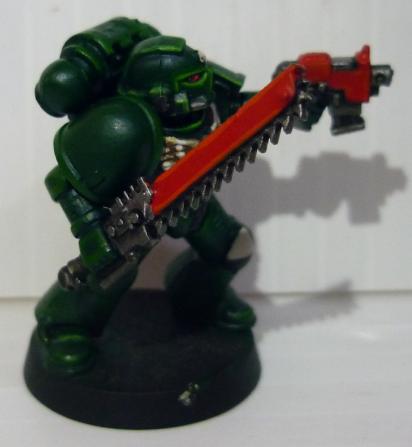 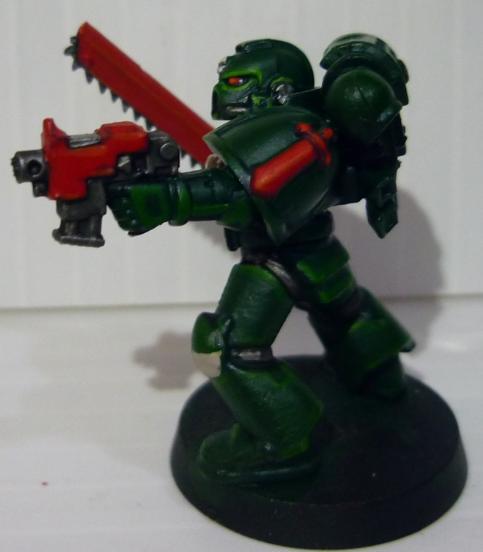 Highlights were done by adding Scorpion Green to the previous layer mix.

WIP: Ravenwing Black Knights
My Black Knights are mainly just normal Ravenwing Bikers. I'm not too keen on getting the new box set as its a bit too steep for me at the moment. I am resisting temptation..for now ;) 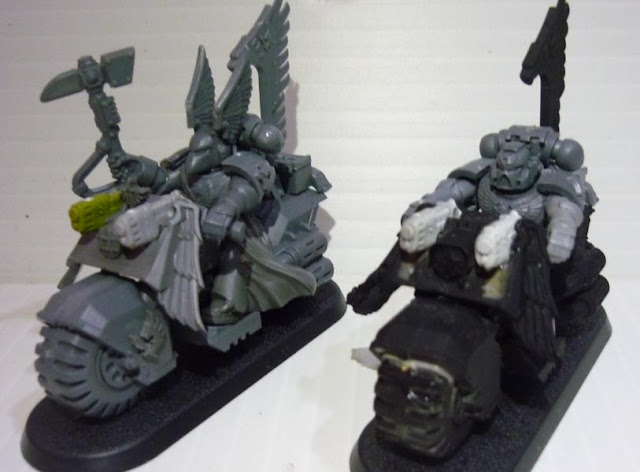 I just added the Plasma Pistols from the Assault Marines sprue to replace the bike mounted Boltguns. And hey, I got some Plasma Talons. 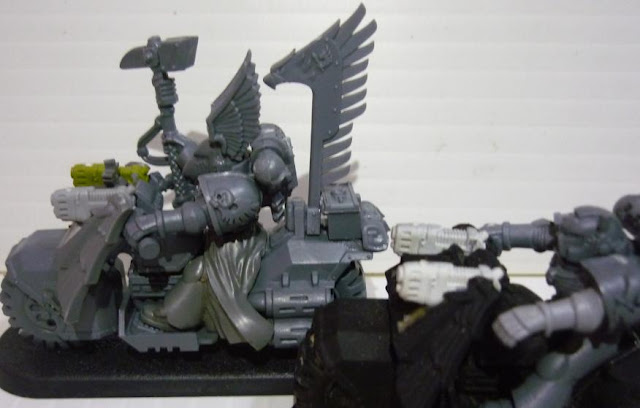 The Black Knight Sergeant's Corvex Hammer is made from an extra Thunder Hammer with one side snipped off. I replaced it with the tip of a scabbard from the Space Marine Scout sprue. 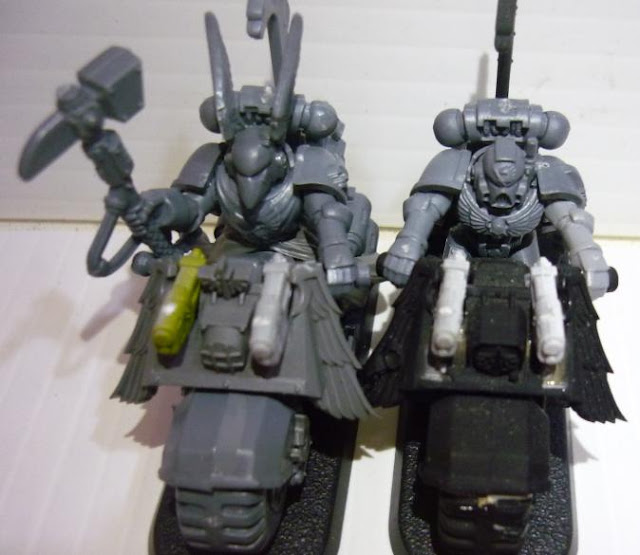 A bit of a closer shot from the front on how the el'cheapo Plasma Talons look.