Posting this for Sam

Its been a while since my last post. I blame real life and work once again. But i did manage to slip in some themed army ideas and miniature assembly whenever i could. Just not been painting much as i require a more relaxed state of mind haha!

I did come up with some fun filled army ideas and lists to go with them!

The first is my Dark Angels army. I'm now making a point to include Fast Attack and Heavy Support units in my armies for mission purposes.

For the Dark Angels, I used mostly my old minis to make up the army.

Deathwing has always been a favorite and i really like the battle doctrine where the Dark Angels send in their Elite to cut the heart out of the enemy while the Troops encircle any who might seek to escape.

Also managed to paint up an old Deathwing Terminator Sarge this evening. And here he is, minus some crust and a lick of new paint for 6th edition! 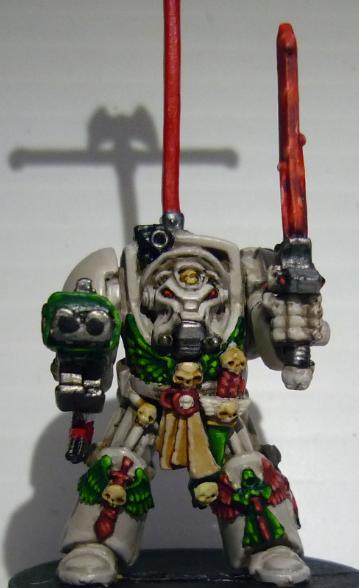 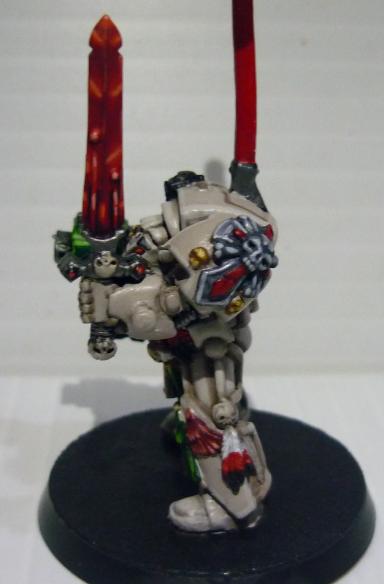 Man was it tough to get painting again! Also the challenge was increased as i was refurbishing an old metal terminator mini that had been encrusted with previous paintjobs. 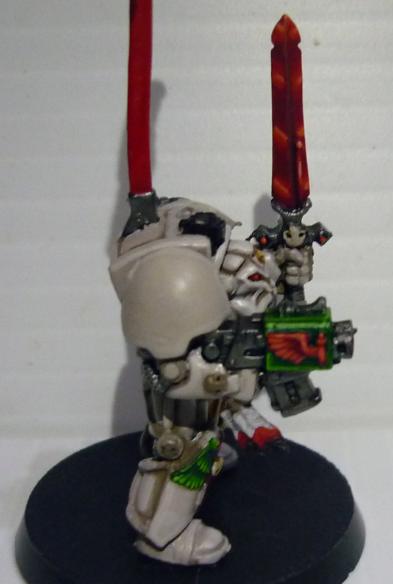 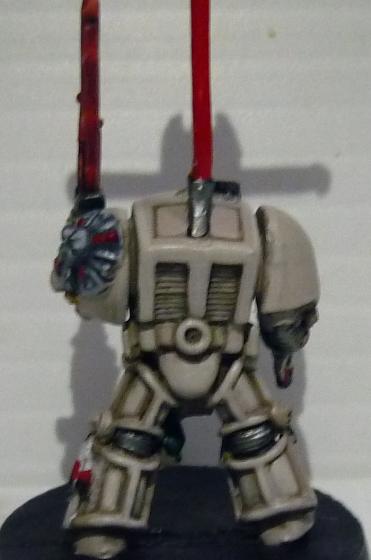 He was still fun to paint. Brought back a lot of old memories.

My second army is still an untested concept. I still don't even have some of the main minis yet. I have decided to do up a Tau army after seeing the aesthtically awesome looking Riptide Battlesuit.

As such I plan to fill all 3 of my Elite slots with the giant robots.

The theme will be Patlabor. The Riptides will be my Patlabor units. Painted white with black accents. A head swap from some Gundam-ish figs should do the trick.

The troops will be Fire Warriors. For Fast Attack i will take them Pathfinders, as i can always use more Markerlights. I will not be using actual Tau warriors but instead human minis from other ranges to represent the police troop units of Patlabor.

I will top this off with a Hammerhead and 2 Sky Rays for Heavy Support as i have the models.

I hope everyone has had a great week thus far.

Tough times will have its own ending. Hold onto hope, and banish those shadows with the light of tomorrow's dawn ;)
Posted by Anything But Ones at 10:53:00 AM