Week 1 of the second installment of the Shield of Baal has started at Titan Games. Heralding the beginning of the campaign, Jason and I got a game set up prior to the Lunar New Year. I brought a hardy list that would be able to hold on to the objectives especially during the last phases of the game. The scenario reminded me of the missions from 6th Edition.


In hindsight I should have planted an objective in the ruins above since I was planning to camp the Tervigon in there with the Malanthrope.

Jason was guaranteed Turn 1 hence I kept my two Flyrants off board together with the 30 strong unit of Termagants. All his units would Deep Strike on Turn 1 onwards.


The Ctan actually took 2 wounds from the combined shooting from the Exocrine and Hive Guard. Woot!


I was actually really happy he did this. By charging all into one melee allowed me to time my tarpit units and throw them in only to hold these 3 power houses all together.

Tradition has it that my Tervigon would jam early game and this match was no exception. Jammed but at least I got a 14 Gant brood


Turn 3
Jason had also moved the Deathscythe off the table after dropping a bomb on my White Gants. 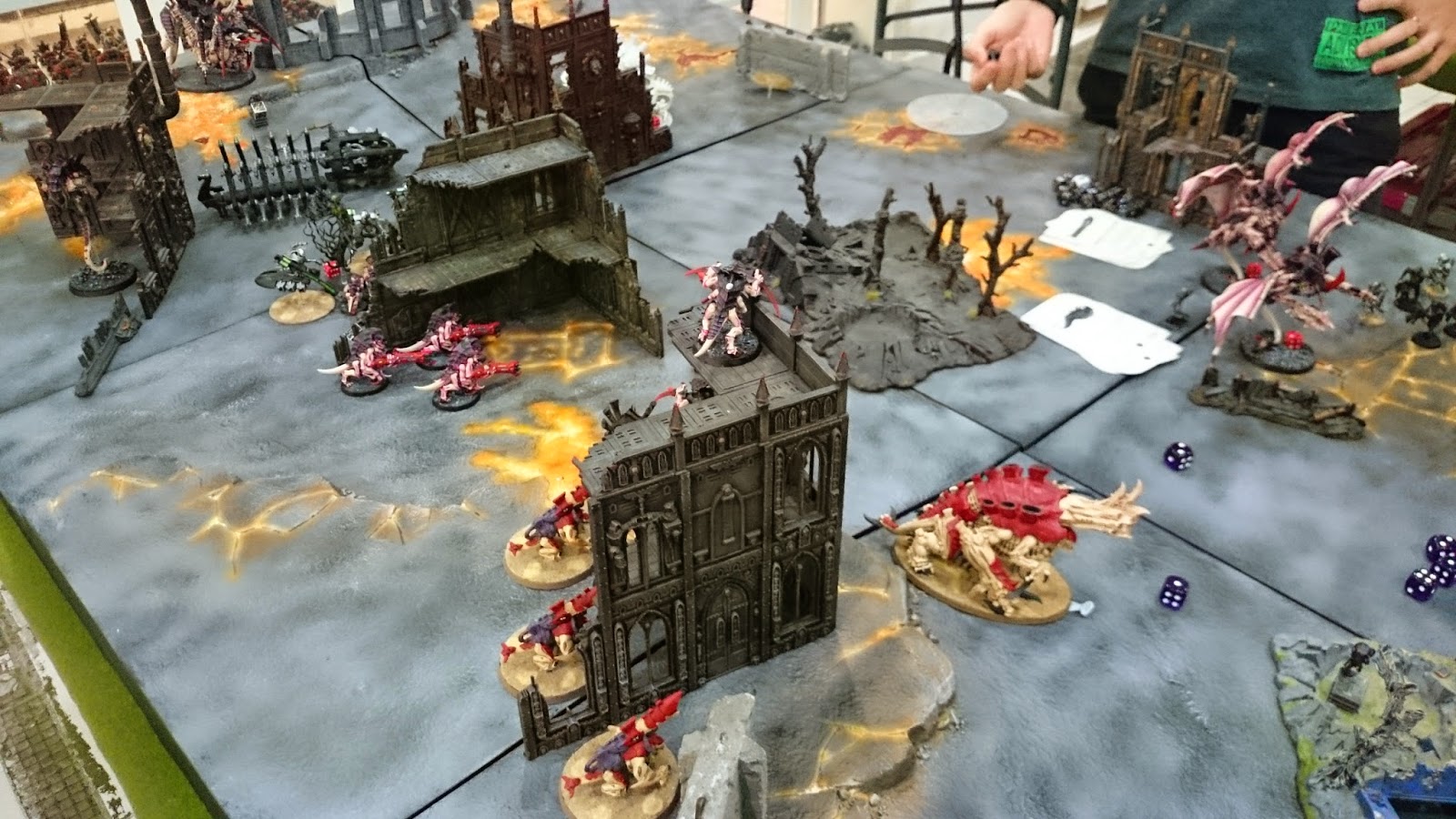 Have I done enough to prevent the Necrons from capping the objectives? Let's count.

When I left Marshall was just getting into a 2000 point game with Stephen. Let's see how that plays!
Posted by Anything But Ones at 7:09:00 PM