Finally put the brush to this model. I based coated this fella a couple of months ago when it first came out and was really more of a purchase on the whim. It was raining when I was at Titan and I had an hour to kill to I thought, why not, let's get that new kit. I even magnetized it to form either of the options that came in the box although I reckon I will never use the Maleceptor in this edition.

I actually played with this unit a couple of times but was really let down by it's performance as I was led to believe that this is my alpha creature and would be able to take down anything. I then had a chat with Patrick and Marshall both of whom suggested that I give it another try. 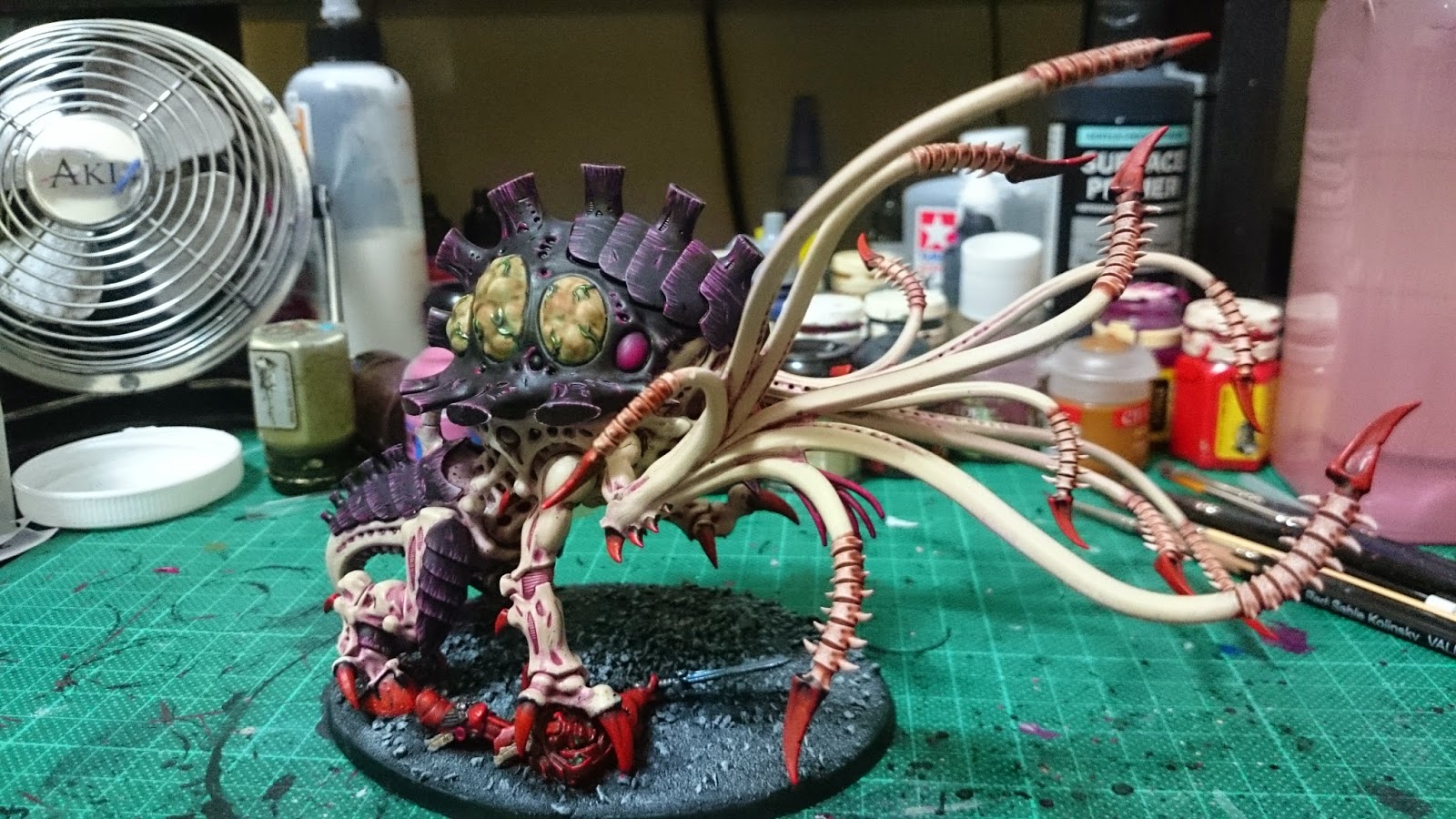 I now had the a mission where I would need to hold points. Since I would be sending in majority of my units to hold and contest. I thought why not try this fella. He is good enough to be on his own and I don't really have to worry about synapse. So I threw together a 1850 list and boom, he worked. 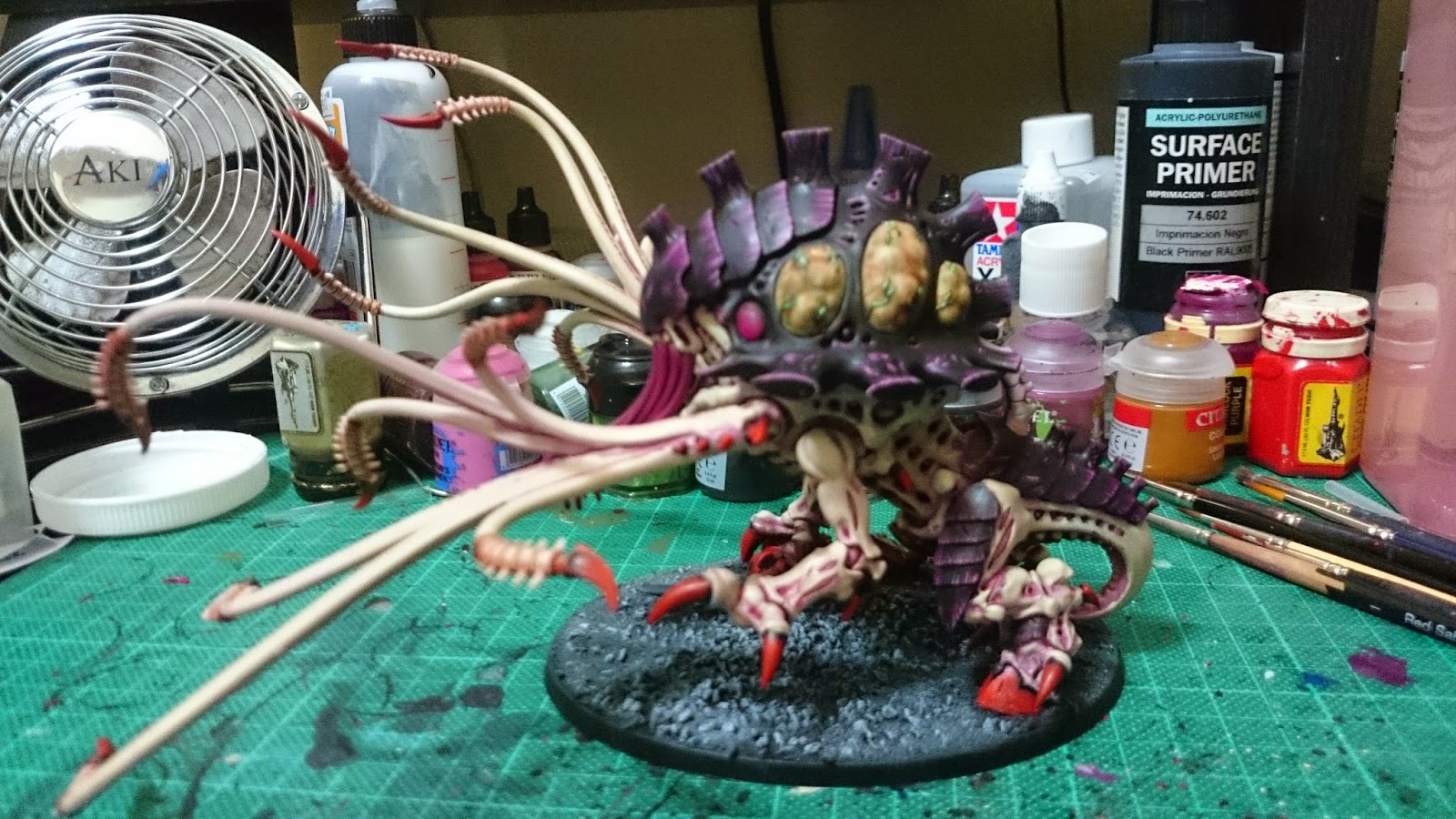 So I got home and started putting brush to the big fella and am glad it turned out pretty well. Love that dead Terminator on the bottom. I even painted him in the colours of the Blood Angels. LOL! 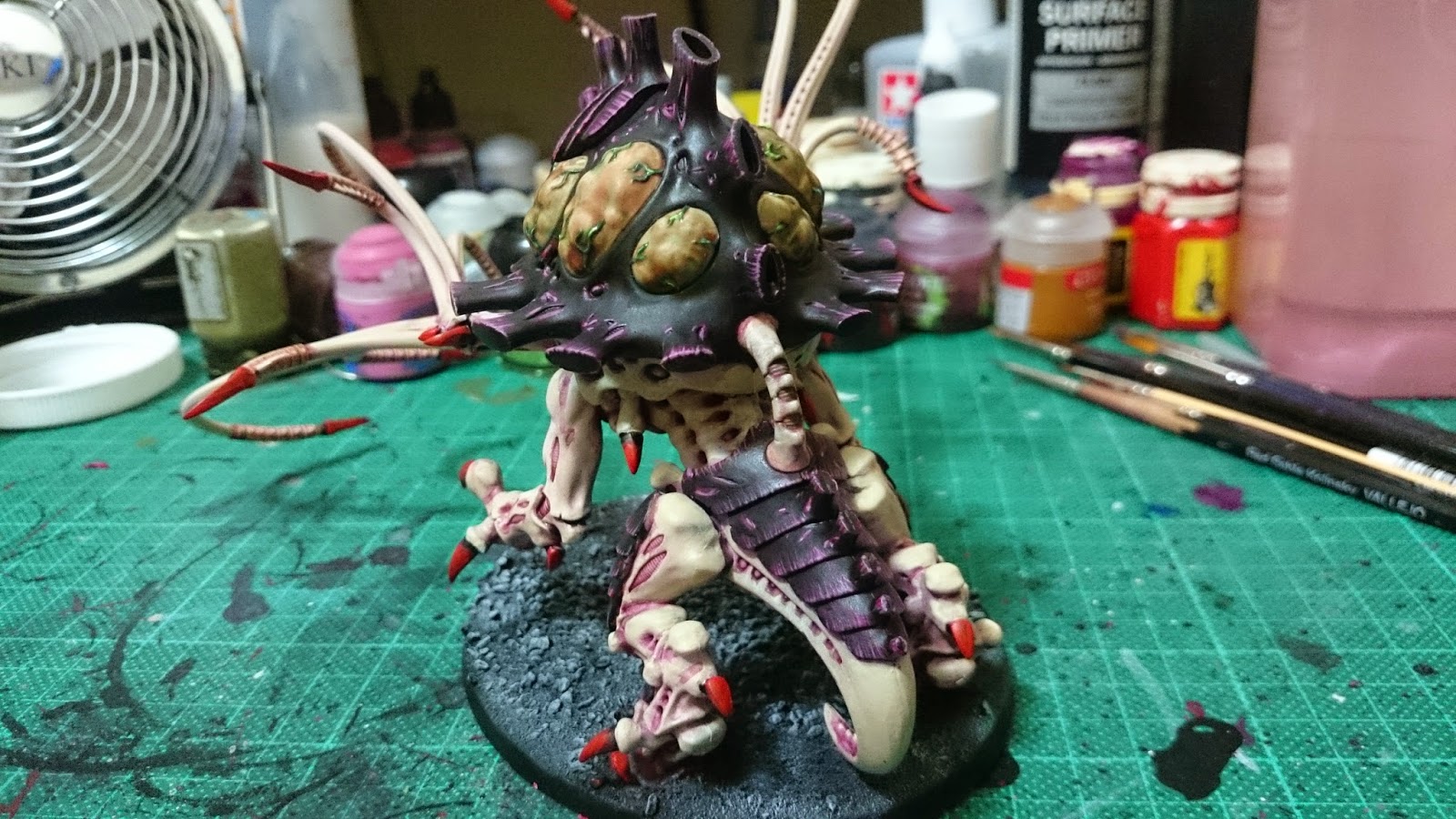 I used quite a lot of washes on his toxin sacs on his back. The base does look a little sparse so I may add some static grass to liven it up. Green works great against the purple too.

I just have to finish up the Malanthrope, 8 more Hormagants, 3 Biovores and the Exocrine to finish my 1850 Sturdy List which has the Living Artillery formation. Stay tuned for more!
Posted by Anything But Ones at 8:14:00 PM