X-Wing with Roy and Space Hulk

Changed it up a little yesterday. Got into BB at about 1:30PM and while waiting for Roy, I worked on the paint job that I botched up previously. Also added red dots to start up the Tie Fighter engines!

Playing Rebels instead this time. Actually sat down and created a list based on Airen Cracken. I was going for full range 1 synergy.


We worked out how to keep Biggs away from the fight and still keep him within range 3 of all enemies while moving in formation. I ended up with the diamond formation.


Vick suggested some changes to my list when he arrived. He suggested I drop Airen as there was little else this list needed in actions. Garven was feeding focus while Dutch was feeding Target Locks. Swapping to a Bandit gave me a good Assault Missile caddy.

Not bad for a list I created on the fly. Synergy was there.

At the same time I found a post regarding the re-released Space Hulk. I collect Tyranids and missed out on the last Space Hulk launch. I was going to get my hands on this set. Here are some nice leaks. 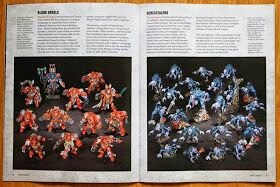 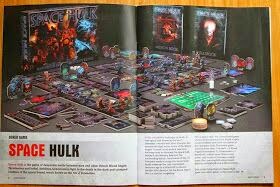 Sorry for the lower resolution but man they look sweet. Looking forward to playing some games with this set. Scalpers I LOL at you.
Posted by Anything But Ones at 8:55:00 AM