A little goes a long way. Antennas in your miniatures.

In this post I will talk about adding a little more character to your models. It may be a simple or often neglected thing to do, but once the deed is done there is no denying that it was all worth it after all.

Just like drilling out the holes in your Boltgun, adding antennas is something I've always put off. However with the new Arab-Isreali war miniatures released late last year for Flames of War, I figured I needed to do something extra to befit their "modern" status.

I was inspired by Tomwise (for those who do not know him just do a google search of his name, he represents FOW, not kidding) in his post in the official Battlefront forums. And this was his idea.

Using plastic brooms as antennas. Yup, the cheap $4 broom that can double up as an actual household utility!

Simply look for the black ones, snip it off, cut it to the correct length and you have the perfect antenna! Cheap, flexible, easily replaceable should it get lost. 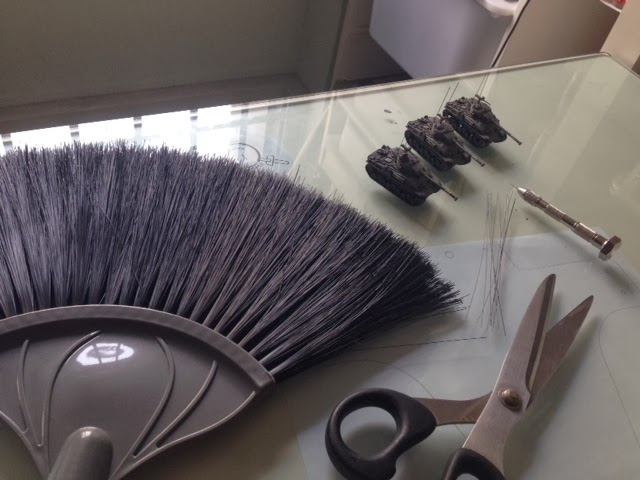 The next step is pretty straightforward, drill the part where the antenna should be sticking out. I used the P3 drill bit (the smallest one they have available) and just went in as deep as I could. The reason why I did this is because this enables the antenna to stick in really far and be held in place without glue. This is especially important as there are days when you just want to remove it due to storage constraints. 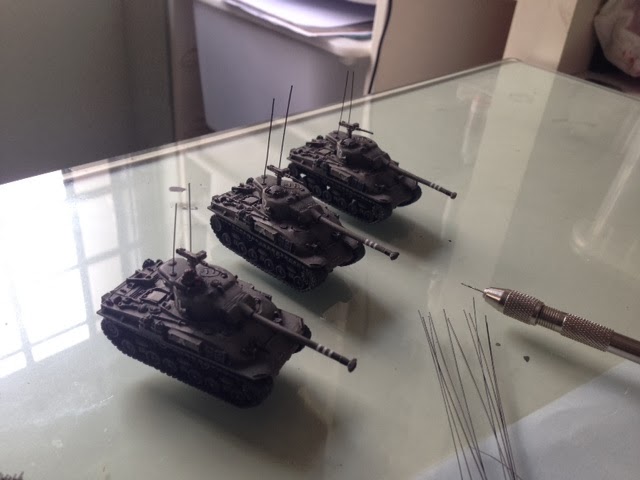 Here are the tanks in all their little pointy glory. 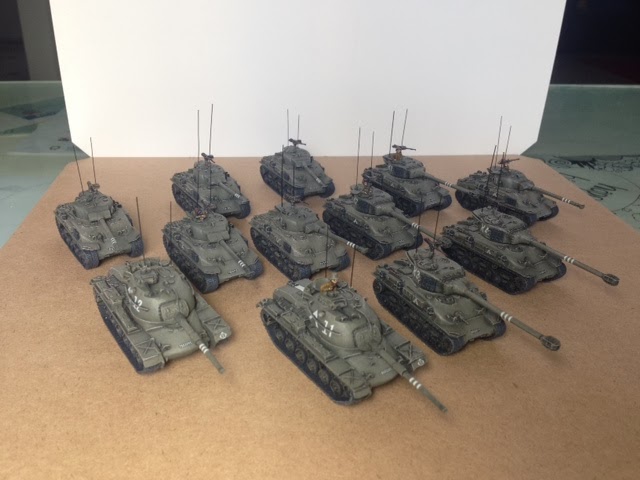 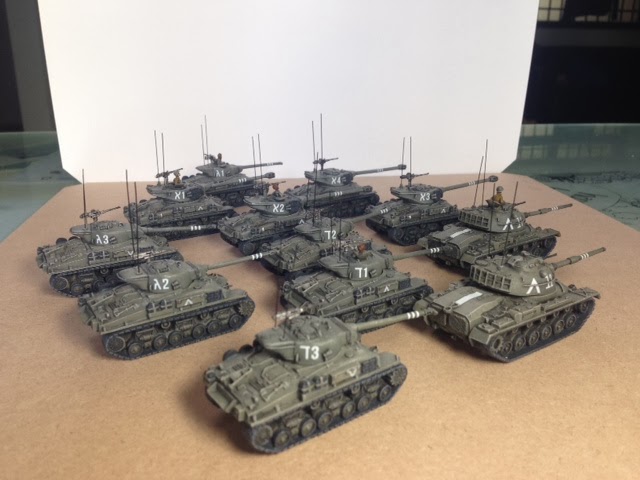 Although I did this with my FOW tanks, I'm pretty sure the same principles work even for your 40K tanks (might look for slightly thicker broom bristles) and of course the radio pack found on your Guardsmen and many other possibilities.

I for one look forward to the release of the new Guard models and you can be sure I'll be adding all these pointy bits wherever I can!