Ray: Sam is back and really riding the modelling curve ahead of us. I'll let his work do the talking.

Sam: Today another miniature has called out to me to be painted. It was none other than a conversion for the famed Eldar Spiriseer Iyanna Arienal. I did the conversion based on a Light Elf Mage from Avatars of War. It looked really nice on the website when I ordered it. When I received it, it looked great, but there were a great many details that were really fine, and would prove difficult to paint. 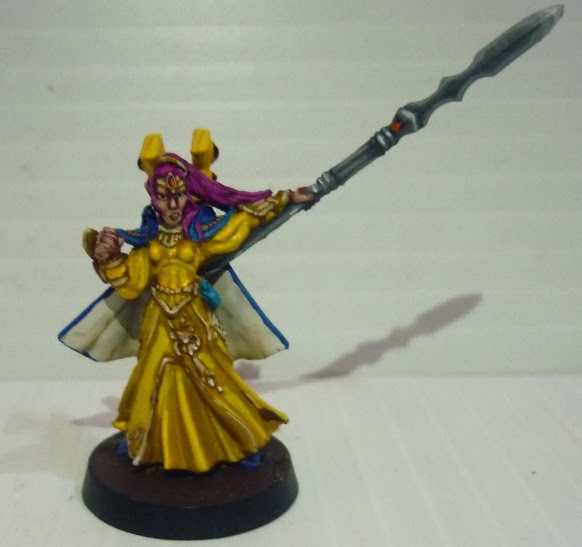 I'm glad I went ahead anyways. With the new Eldar Codex, my Iyanden army would need their Spiritseer on the field of battle. 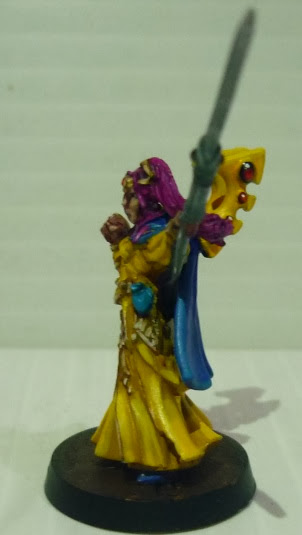 I used Tausept Ochre as a base paint and then worked it up by adding successive layers of Yriel Yellow. 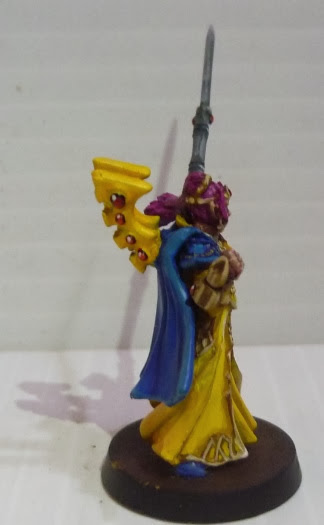 The fins on her back are from the helm of another Farseer which I converted for my Ulthwe army. 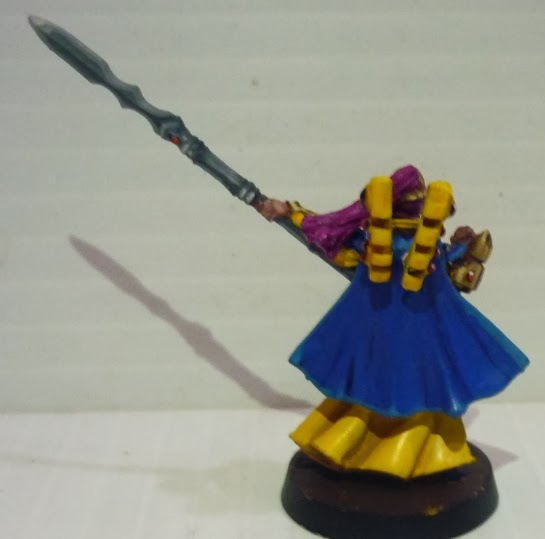 The cloak was from the Templar Knights plastic kit from Fireforge Games. The spear I think is from the Wood Elves Glade Guard sprue.

I've decided to split my Eldar army into half, with the majority of the units going to Ulthwe. The remaining Wraith models will be for my Iyanden Army.

5 Rangers (more if I can squeeze in)

Yup, that should be it. Small, Elite and themed. And sporting some nice firepower. How will it play out? I'm not sure. Probably not too well as it does have far too few units. But its a fluffy force I envision an Eldar Spirit Stone Hunt would consist of.

Have a great week ahead everyone!
Posted by Anything But Ones at 12:28:00 PM