Sam's at it again and this time he brings us something FOR THE EMPEROR! 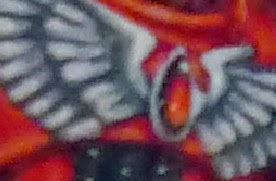 Sam: I've had the Brother Corbulo miniature for a couple of years. He has been through 4 previous paintjobs, and this will be the fifth, and hopefully will last for some time to come. I collected a Blood Angels army back in 2001. They were later converted to battle brothers of other chapters, equally illustrious.

I decided to give ol' Brother Corbulo a new coat of paint for the year 2014. And plan to use him more in games ;) 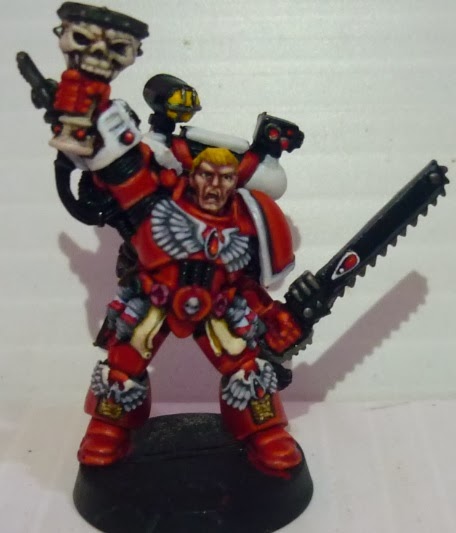 My current Blood Angels army is done in the style and fluff of the Flesh Tearers. I had initially wanted to paint Corbulo up in Flesh Tearer colors and just give him a different name. But in the end I decided to paint him up as a Blood Angel that he is. This is because he does travel to other founding chapters and even other chapters to search for the cure for The Flaw. 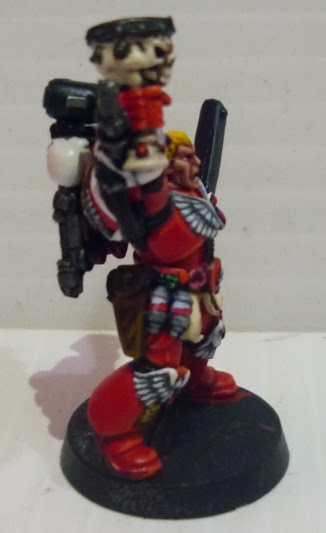 I went with bone white this time for the Red Grail as I had ran out of metallic gold paint. 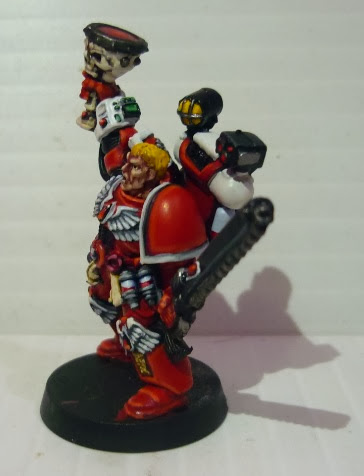 "Drink up my brothers! Kanbei!" 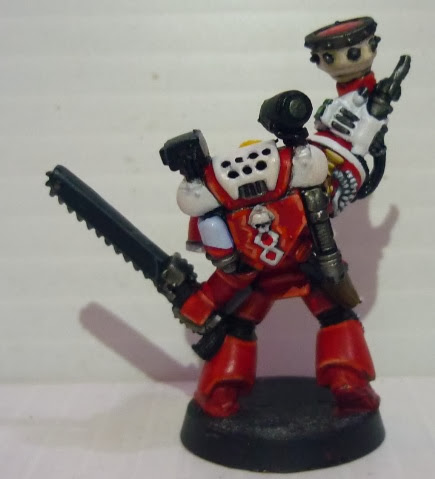 Being a metal figure, the backpack was a bit difficult to re-pin as it kept falling off. Maybe because of the heavy paint of past paintjobs haha!

The week is at its end. Hope everyone has had a great week and a fun filled weekend ahead :)