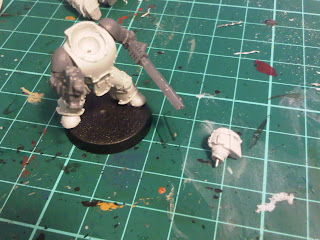 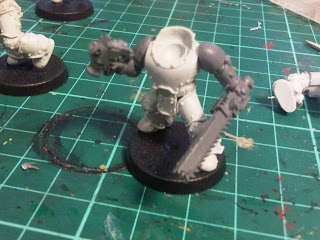 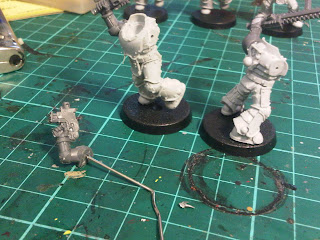 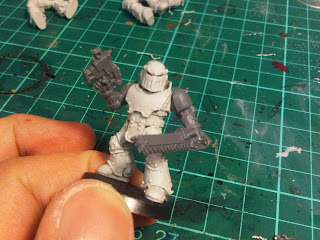 This is to revive my dark angels army. I’ve had only 2 full tactical squads, 1 assault squad and 10 terminators since 3rd edition. I’ve been looking for inspiration to revive this force and I think I’ve found it while looking through the visions of heresy book.

Been using the forgeworld space marine MK3 power armor as a base to start with, plenty of blood angels and space wolves bits were used. These guys will be my assault troops without jump packs as I remember from the Decent of Angels/Fallen Angels novels that the original knights of caliban were expert swordsmen. I am still deciding the color, I think black will be rather boring. I’m leaning towards painting them green to capture the time period just after the horus rebellion and right before the caliban civil war while the newer marks of armor were being circulated to the loyalist legions. Since dark angels are all about tradition, certain elements of the army will retain their original armor to match the fluff as much as possible.

Stay tuned for my full action/posable contemptor dreadnought & dark angels fortress of redemption converted terrain soon! Its like dark angels month for me… hahaha
Posted by j-hova at 11:51:00 AM