working with made in china Blood Angels

I've been so happy to receive my almost co. complete BA army. There has been so much to look over. For the most part, I'm very happy with the 15 pieces of armor, 2 drop pods and 3 dreadnoughts.

However, I've been going over the quality of the infantry units. For starters, seems like tactical squads were all done to a half-ass degree. Paints were caked up in the crevices, the pieces were very unclean, lots of runners and globs. I had ordered 3 tactical squads; all of which were posed exactly the same way. I decided to break off the arms to re-do them. To my surprise, my hunch was right... the models were self casted resin... paints started chipping as they didn't bother with surface priming on resin. A very big no no...

To begin with, all power fist models were posed like so with the same powerfist being used over and over again. 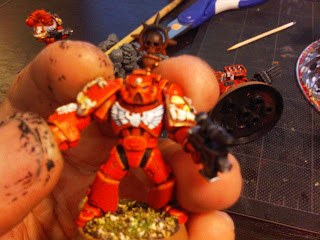 Once I broke off the arm, I noticed the chest piece had no mould lines. It was a single piece casted with both front and rear ends as one. 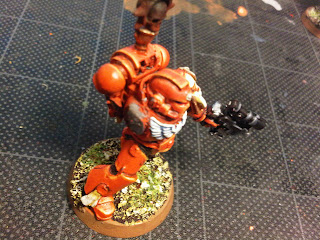 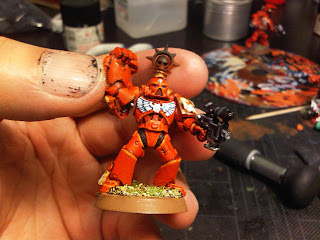 Finally, still no expert at this, but i attempted to sculpt in greenstuff on the joinage gap between plate armor. 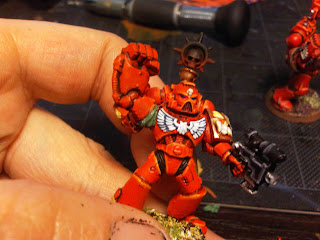 Here's another example of trying to make the most poses out of what I got. 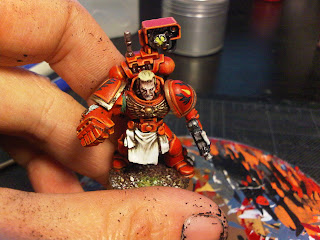 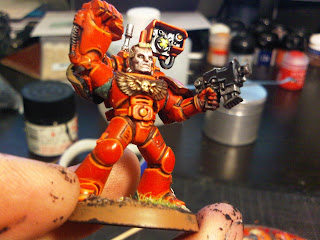 Be expecting more updates on my endeavor to "correct" this army... Trust me, it gets better... this is the least of my problems. I guess nothing is ever as good as they market it as... sigh... lol
Posted by j-hova at 1:44:00 PM