I had booked this game in with Sam quite awhile back and was not expecting the new Eldar book to hit the shelves. This was about 3 weeks back, before rumours came about. Now that Eldar has a new book over the weekend, I had to break out my collection to see how the new formations would work.

I built an army based on my existing collection and yet, I found that I was missing several models forcing me to borrow a few models for this game. 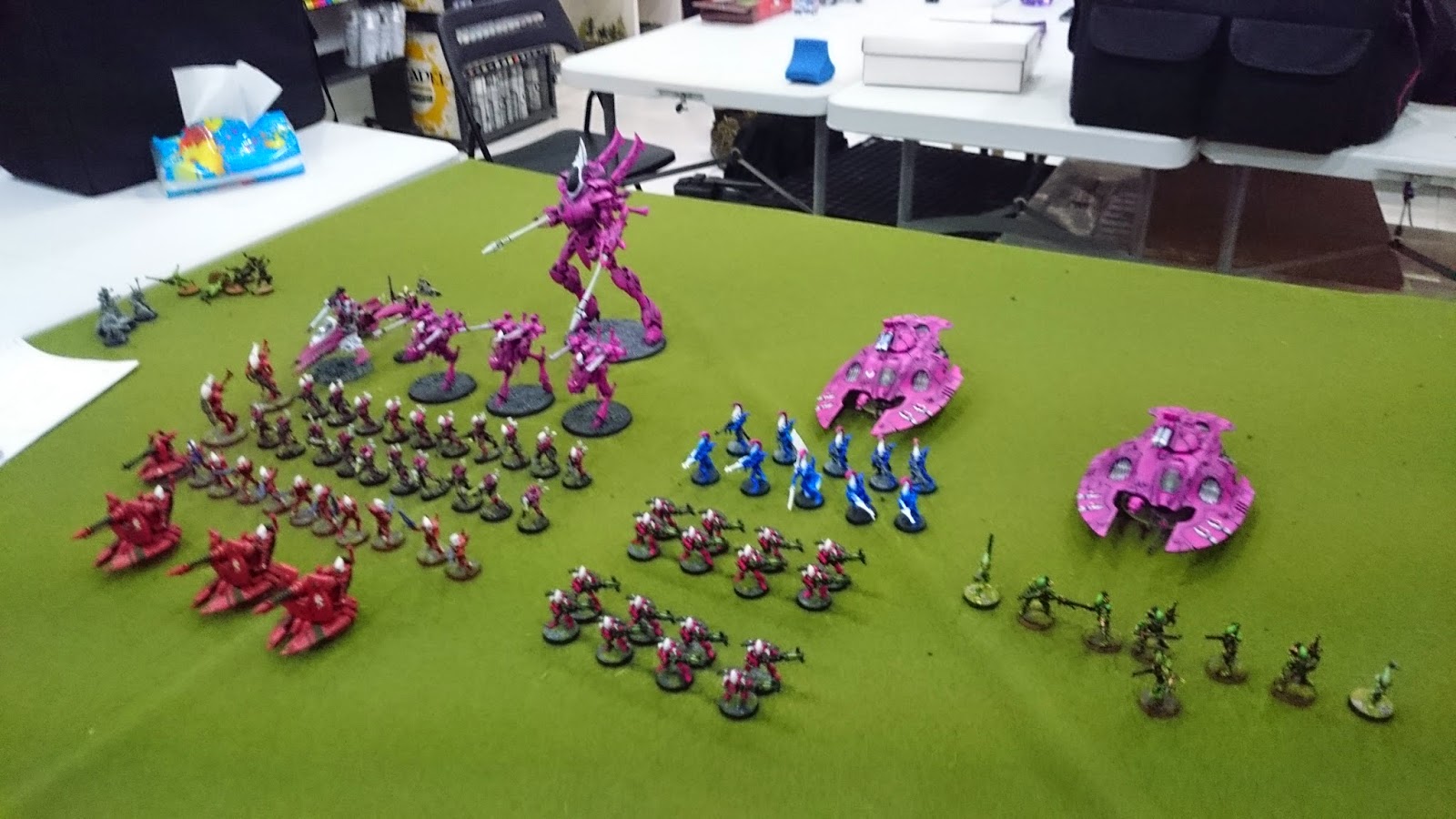 The Eldar comprised the following:

The list above was designed to test the new Craftworld Warhost detachment rule. All models in the detachment would benefit from the guaranteed 6" Run move during Battle Focus and Runs. It was also designed to take all comers because I had no idea what Sam would be bringing (he has a massive collection of armies). I also wanted to try out the changes to the Wraithknight and of course, D Cannons. 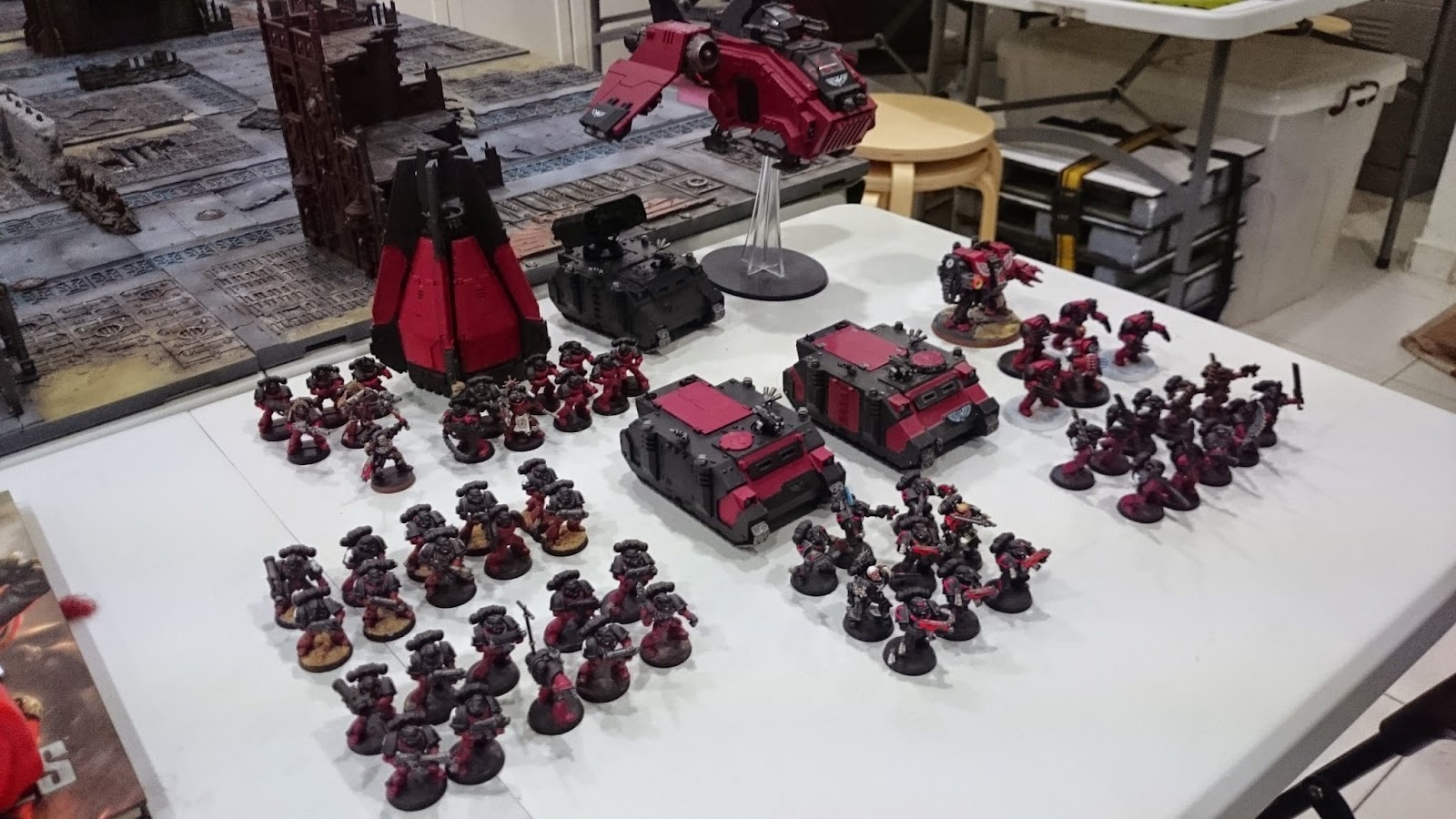 Sam brought an army list based on the Shield of Baal forces.

Below is the list for my Flesh Tearers army yesterday.

Defenders of Cathedrum Formation
5 Assault Terminators
(All with Lightning Claws)


Mission was Lost Contact from the Maelstrom of War. I won the rolloff and deployed first

This was quite a one sided affair. Sam was trying to make the close combat phase work but it is difficult in today's meta. Granted, when he did get into combat, my army didn't have the staying power and was melting away. It was still a good reintroduction into Eldar for me. If you follow the blog, you will have noticed that I moved away from the Eldar for about a year to concentrate on my Tyranids.

Sam: The bloodthirst of the Flesh Tearers was not held in check, and their battle plan unfolded disastrously as they abandoned their positions and charged heedlessly into the enemy, visions of Sanguinius clouding their minds.

Ray: I did make a boo boo with the army list after we finished the game but if you follow the batrep, you will notice that the Scorpions did not really make a difference this game. Also considering that the Wave Serpent they were mounted on Immobilized on Turn 2, we felt it evened out the mistake. The Weapons Platforms were also free but I paid the points to bring them! Finally Sam wasn't really playing to the objectives! He was just after blood!

I still hope this gave you guys a good taste of what is to come. I am sure in a non controlled environment the 3 Wraithknight army will be hard to deal with. D Weapons all around.
Posted by Anything But Ones at 9:26:00 AM