Have you guys ever wondered what would have happened if the Eldar never activated the Fireheart and destroyed Valedor? What if the two Hivefleets converged and met. Would they have fought or just allowed each others' fleets to assimilate? I wondered the same thing and Marshall was itching for a fight between the two.

Marshall brought his Swarmlord who was leading two massive units of Termagants, Hormagants, Malanthropes, Carnifexes and of course the Living Artillery.

We initially wanted to play BeerHammer but Marshall was driving so we opted for a Maelstrom instead. Rolled and got Mission 1: Cleanse and Capture.

I got initiative and deployed first. 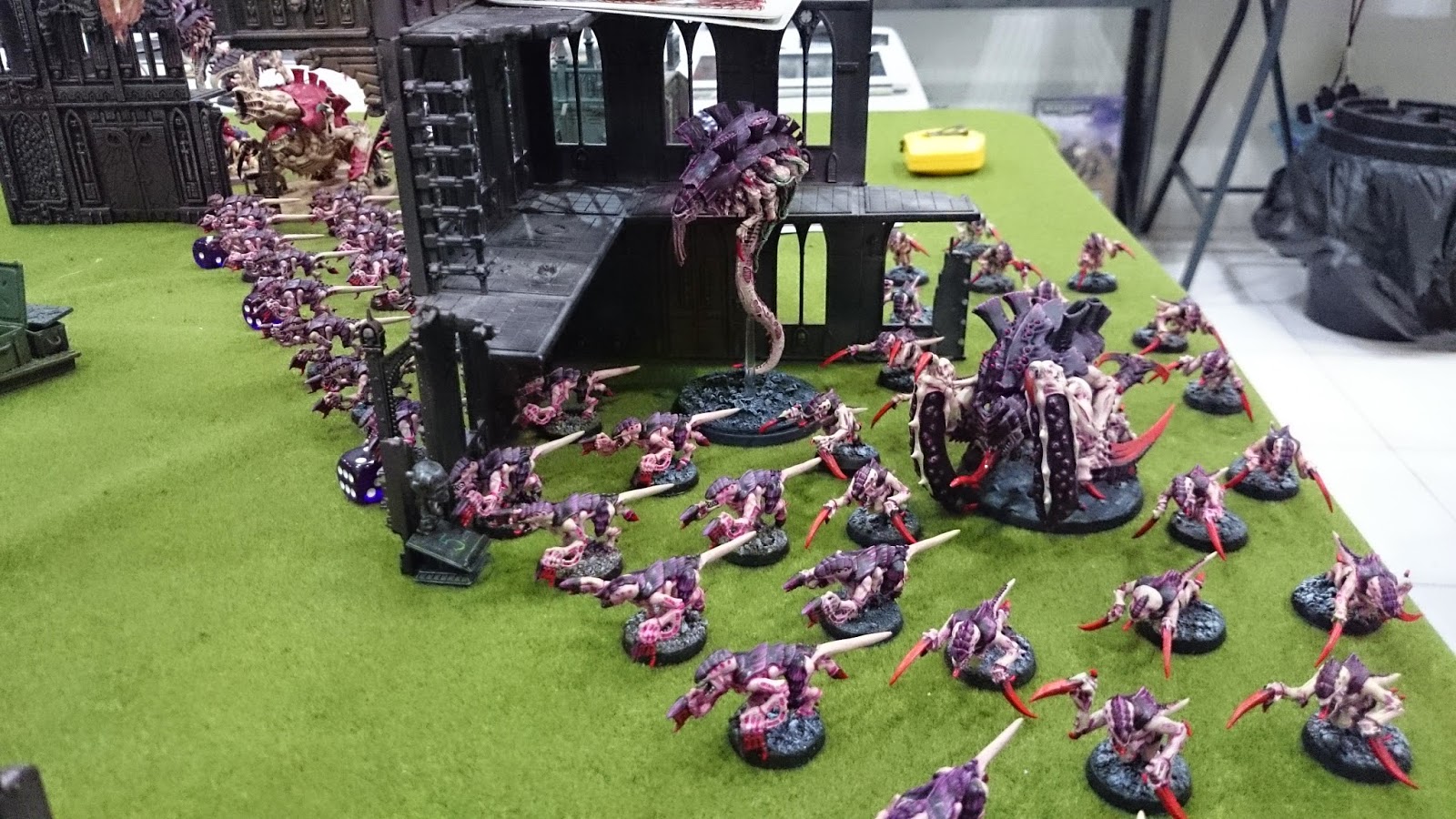 I sent forward my Flyrants and the rest of my army moved up to support. 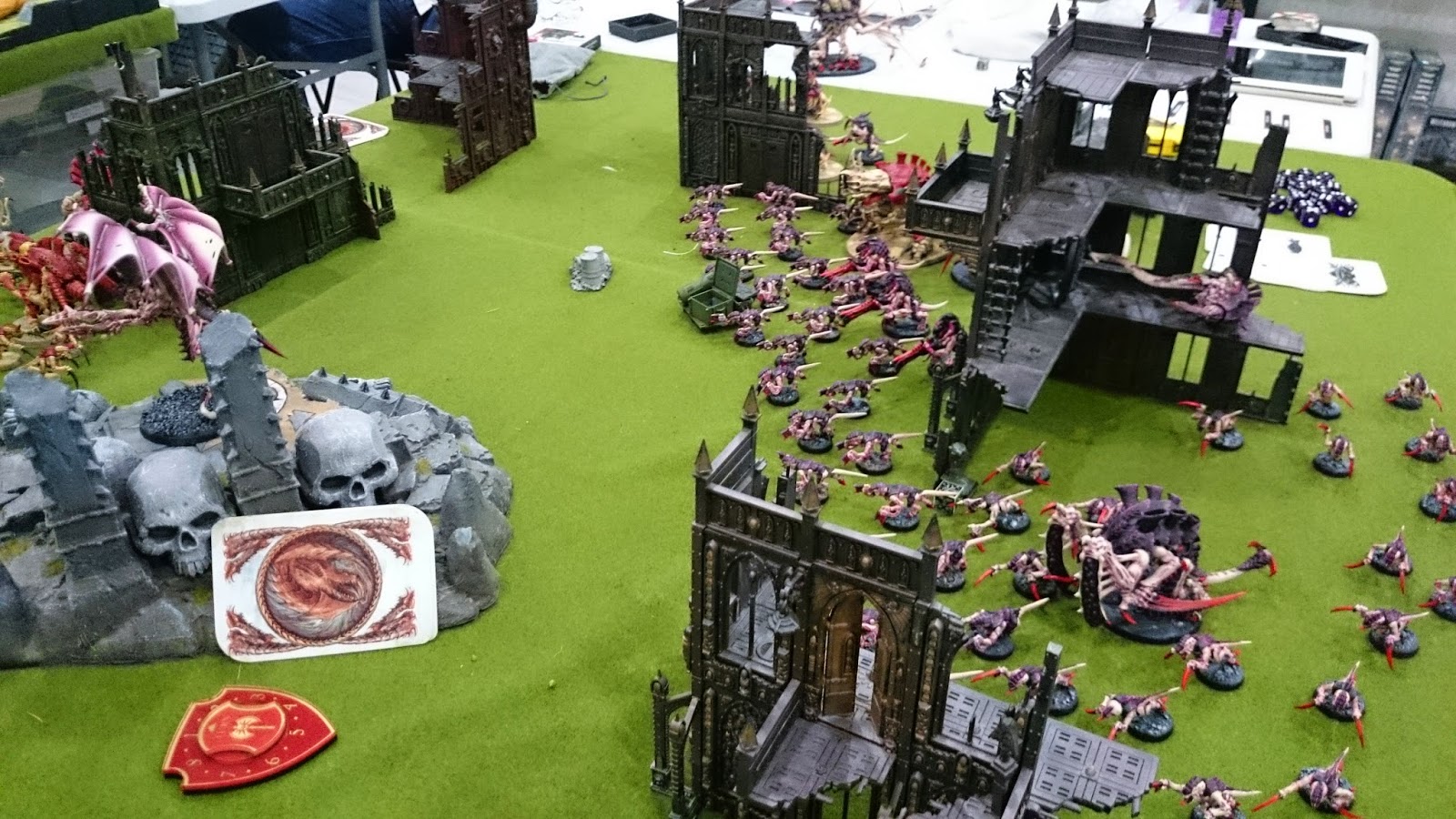 I also managed to score 2 other objectives which I forgot to take pictures of.

Here is a classic of a misinterpretation of the rules. Last week when I played, one my opponents (either Jason or YC) told me that if you charge out of terrain and you were not still in terrain then you do not fight at Initiative 1. With this misunderstanding of the rule I thought it best to charge Marshall's Hormagants rather than take an extra attack each.

My objective card draws were pretty unlucky forcing me to drop them each turn. I was required to kill his Warlord and had to kill the only Psychic creature in his list, also the Swarmlord. The objective that I had to capture was also sitting on his side of the table surrounded by Gants. So I had to focus on killing.


Turn 7
If I had managed to kill Swarmy off, that would have been a massive point swing with Slay the Warlord, Assassinate, Kill the Psyker! Add to the fact that his entire army would start going crazy without the Synapse to hold it in place (barring the Malanthrope).


Great game. Marshall knew his army well and knew it's full potential. He was able to shoot the right guns at the right targets (e.g. Hive Guard with AP4 weapons on my Biovores which gave them no cover saves!) I had totally forgotten this. Just goes to show that your knowledge of your own army is very important!

I also made a number of critical errors. Moving my Flyrant and Warlord up like that was inviting disaster. Granted, Marshall did manage to roll Godlike on his Snap Fire, I still should not go out balls to the walls.

The Hiveminds now munch on each others remains!
Posted by Anything But Ones at 11:23:00 PM