Here are some leaks! Sure look like they have been influenced quite a bit by the current Imperial Guard line especially the limbs. Enjoy! 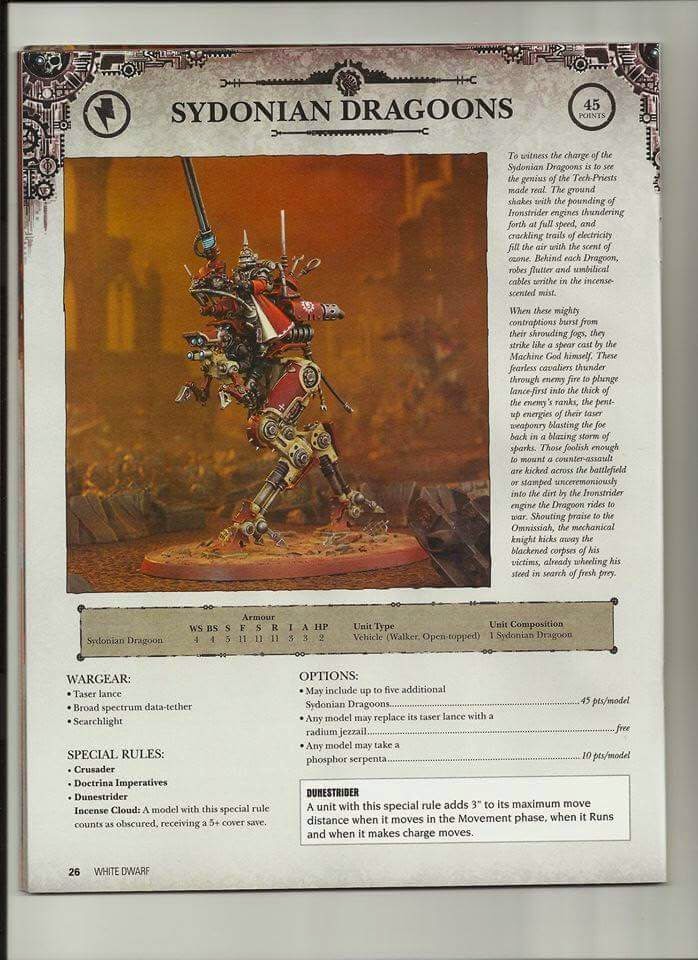 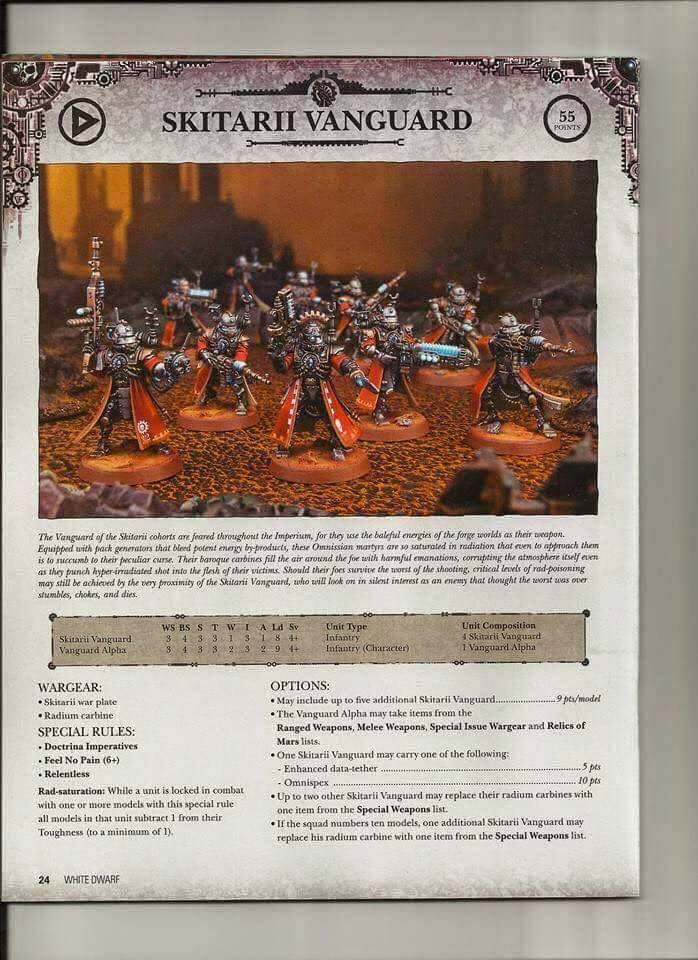 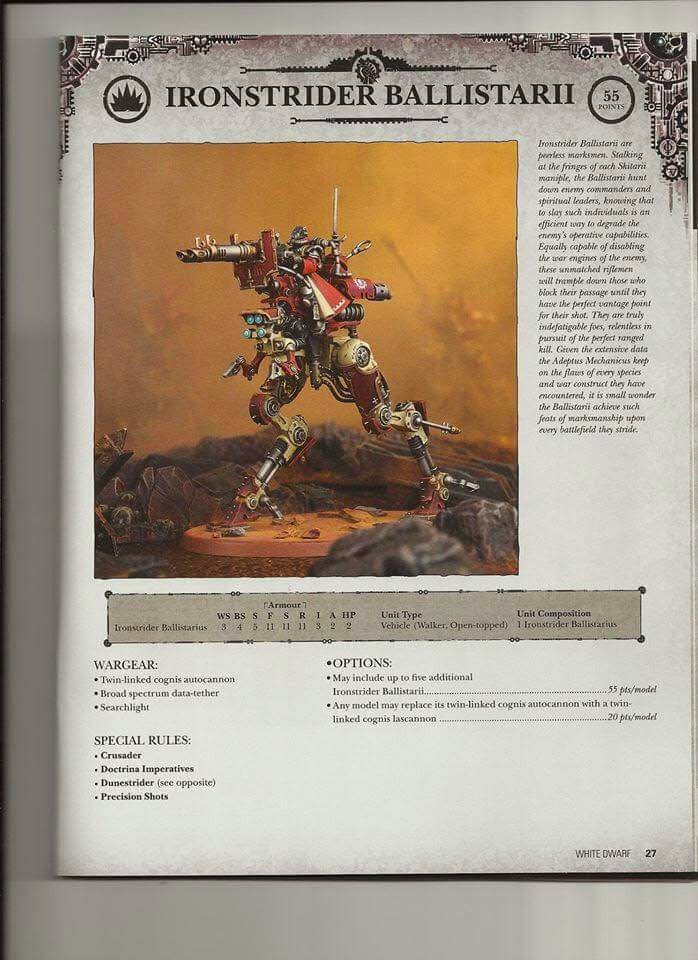 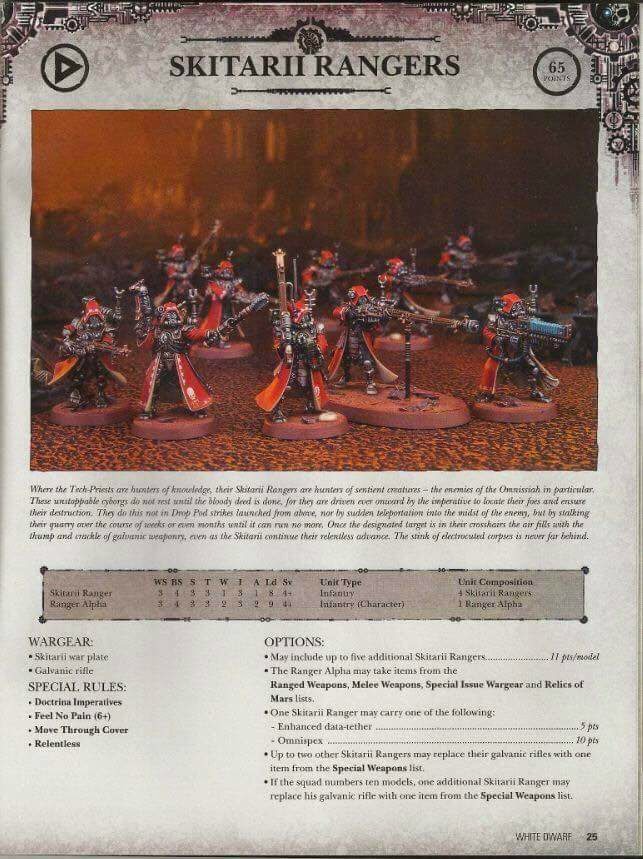 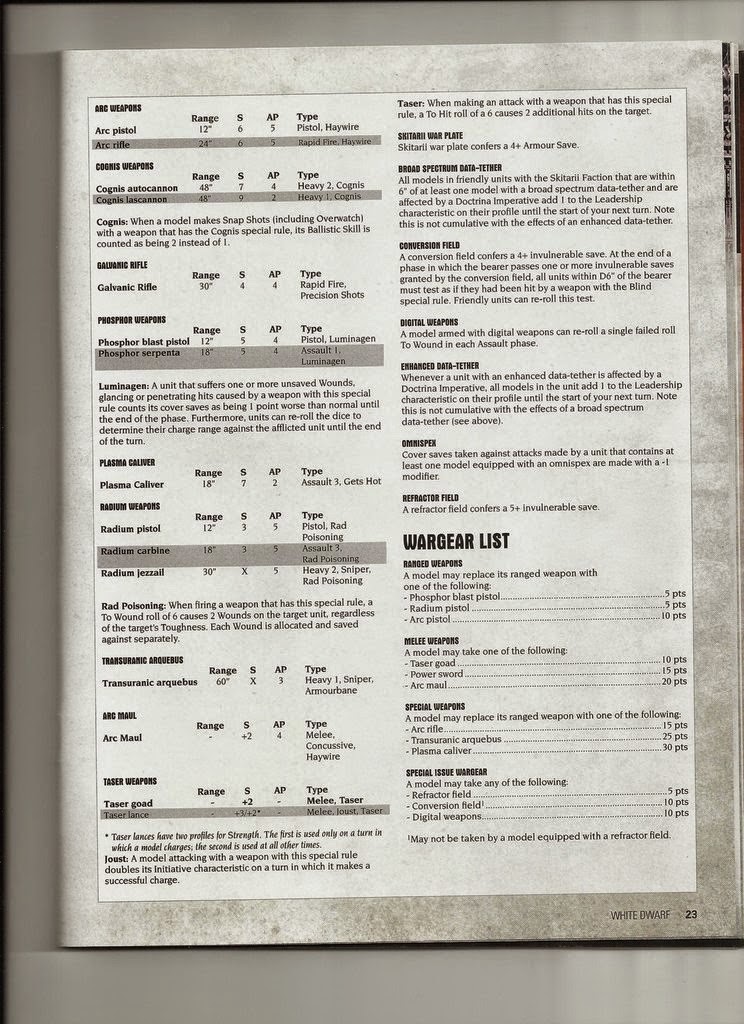 box contains 10 new plastic models. They can be made up as either Skitarii Vanguard, or Skitarii Rangers. Both units contain special and close combat weapon options.

Said to the backbone of the Adeptus Mechanicus Scout forces. It's a dual kit allowing you to make either the Ironstrider Ballistarius -long ranged heavy weapon walker, or the Sydonian Dragoon which is a close combat version.

It comes with a riptide size base and stand just as tall as the Riptide or an Imperial Knight.

Admech Skitarii - 10 minis can be built as Rangers or Vanguard. €31

Weapons
the plasma pistol described in your previous article is not an odd looking plasma pistol. its an arc pistol. arc weapons will be available for the skitarii in both pistol and rifle. the arc rifle is rapid fire with haywire. rifle and pistol both are s6 ap5.
Cognis Weapons are normal weapons with the Cognis attached to it, like Cognis Lascannon. They simply use a BS 2 when firing snap shots because of an awakened machine spirit.
Burst Pistol rules allow for 5 shots to be fired instead of just a single one.

Galvanic Rifle looks like an ornate flintlock rifle with a canister on the side. R30", rapid fire, S4.

Onager Dunewalkera heavy choice walker called a Onager Dunewalker will be part of the skitarii. they are an armor 12 walker that comes with overlapping forcefields that give an invulnerable save. each additional walker in the squad increases the save by 1. they come with a conversion beamer type weapon that is more powerful up close and disperses to a large but weaker blast at longer range. squadrons up to 3.

Dragoon WalkerThere is also a Dragoon which looks to be a dual kit with a rider on top of a bipedal machine. It has legs similar to the IG sentinels, but has a grafted human in the center of the machine. I am not as fluent in the background with the skitarii as I would like to comment much more.

Ive seen a walker bearing the ad mech symbols on it. The walker has a horizontal pilot hooked up to the machine with optical lenses for the pilots sight, and little mechanical grabbers that extend out from the pilots hands. There is a gunner on top in red robes and odd looking armor that reminds me of the tempestus armor except for larger eye lenses. The walker has sentinel legs, and the weapon up top is a ornate twin-linked lascannon.
Posted by Anything But Ones at 8:39:00 AM