Ray: Sam is beavering away at it again and this time bringing you more love from the void of space where no one can hear you scream! I hope he finishes this project quickly so we can lay waste to more who dare to step onto the decks of this ships 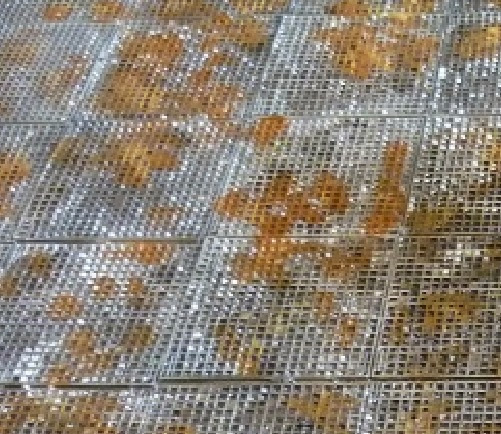 Sam: The Voidscream is actually a long standing project. Because of work and real life stuff it remained a concept or imagination for the longest time. I decided to really have a go at it now. I made quite a few errors on the way as I was not familiar with the material. I paint more than I make terrain, and more than half my painted stuff are not even based lol!

I am still working on the project, and made my first test piece of one of the first sections of the 6 by 4 feet gaming board. 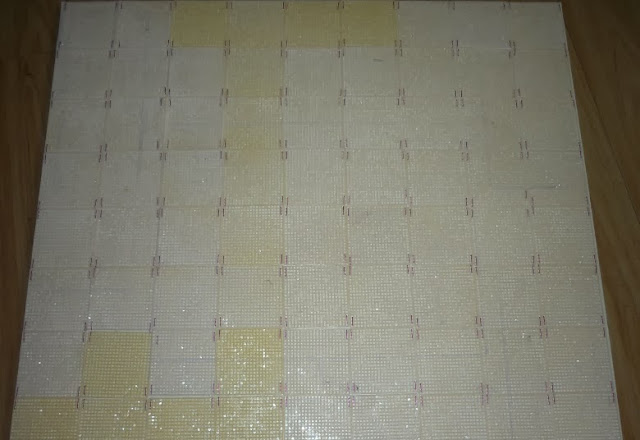 I used a plastic board and just stuck knitting squares on it. I wanted to do terrain that was fast and cheap, cos of work and its demands. I glued the knitting squares using PVA glue onto the plastic board. But it didn't really stick well. I think there was either not enough glue or the surface area of the knitting square did not have enough contact with the board its glued on. So I just stapled it on for a bit more holding power. the staples also look like the handle of the deck plate itself, so it worked out okay haha! 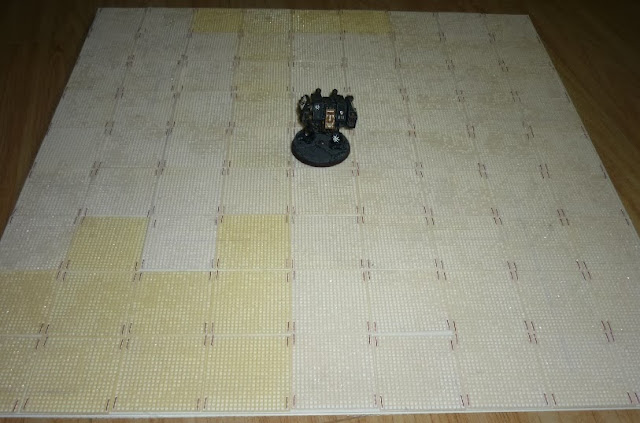 Added a Black Templar's Dreadnought for scale. I dumped additional glue on top of it to get the squares to stick. Not a good idea as the glue dried in clumps on some parts, obscuring the grid of the deck plating. Lesson learnt here. 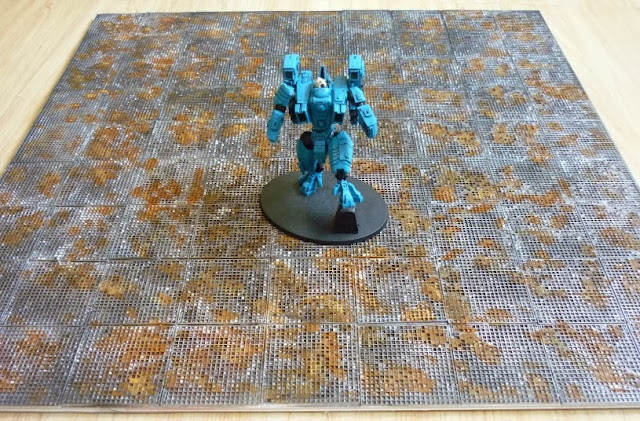 I primed the board black and sparingly sprayed some silver spray on it to give the metallic look. I went for the Silent Hill (after the siren) effect with rust and decay. Also to cover up the clumps of dried glue lol! Riptide here for scale again. 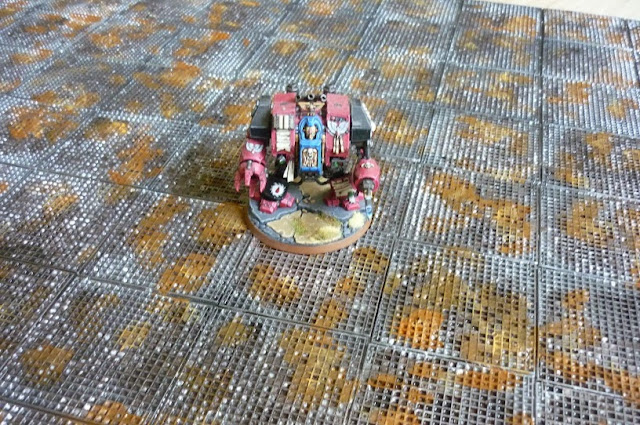 A closer look at the surface of the board. My Flesh Tearers Dread there for eye candy ;) 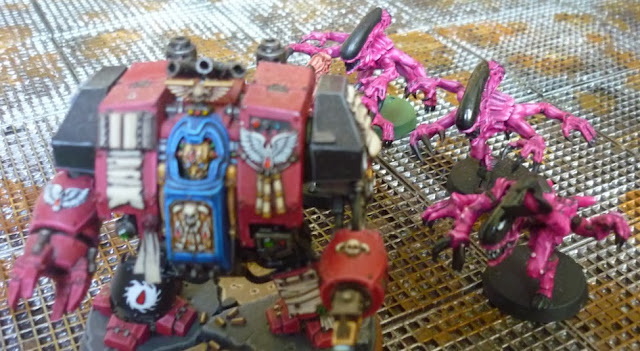 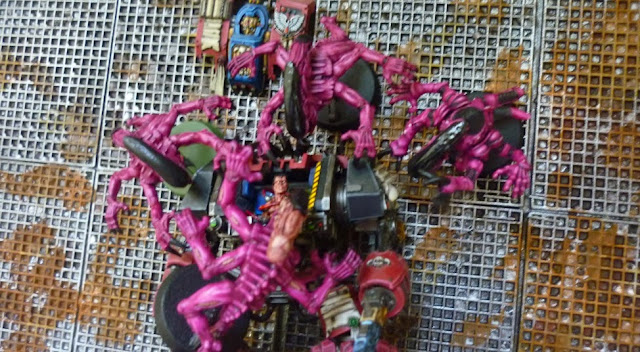 Foul xenos!! Nooooo!!! (The Flesh Tearer fought bravely to the end, and the denizens of the Voidscream have claimed another victim).

Quick Fluff
The space hulk known as Voidscream is a twisted amalgamation of the lost and discarded parts of the galaxy; wrecked starships of a myriad of races, chunks of long dead planets, asteroids and assortments of space debris. This unholy union of metal, rock and even flesh is many miles long and is home to beings of arcane and ancient origins. Who knows what denizens now inhabit its innards? It has traveled in and out of the empyrean for centuries, and the warp has changed its very constitution. It is alive in a way, and it brings with it death and destruction whenever it appears in the lands of the living. There are individuals who seek the Voidscream, for if they can survive the terrors within, they will come into possession of artifacts of great power. That is the ultimate prize, worth any risk....even the death of worlds.

Hope you have been entertained somewhat. I'll be making terrain for the Voidscream as well. Like the command bridge, science lab and other stuff.

Take care all and stay healthy during the monsoon!
Posted by Anything But Ones at 1:45:00 PM