Ray: Sam is busy at work this time with something really ghastly! I for one have no clue what slimy water effects are good so any of you out there with experience, do lend this modeller a hand! 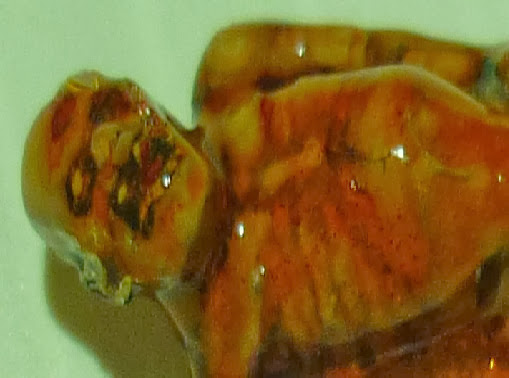 I'm trying my hand at making some failed genetic experiments for terrain purposes. As the title suggests, some of my attempts were also of the failed variety lol! But nevertheless, I will press on and try other methods. I'm also open to any suggestions on how to do this better. 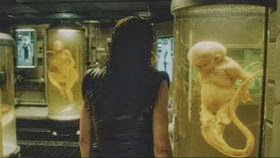 (Picture from Google Images)
My inspiration came from the above pic from the movie Aliens. The failed alien hybrid experiments looks really creepy and would add a lot my ongoing Space Hulk Voidscream board and terrain project. 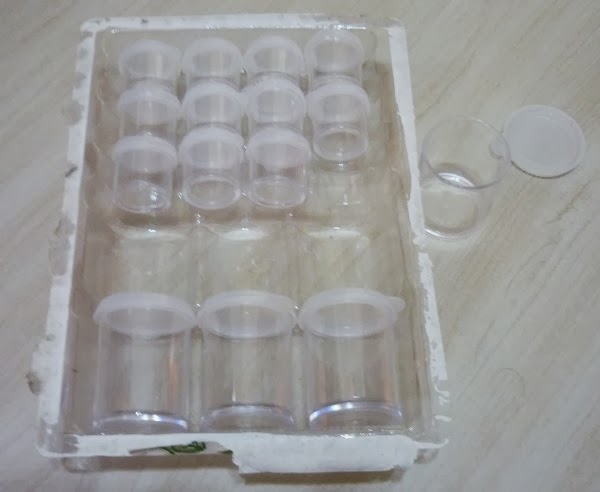 The plan is to use some of these small plastic containers to place an alien organism or genetic experiment gone wrong. I would then fill this with a liquid to enable the object to appear suspended inside it. 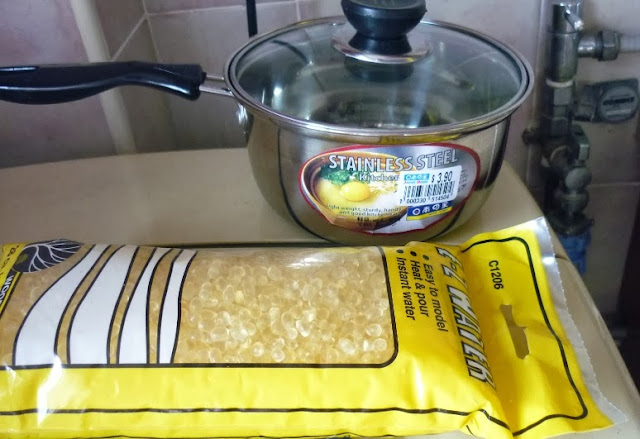 I decided to use a pack of Woodland Scenics EZ Water granules for the liquid. 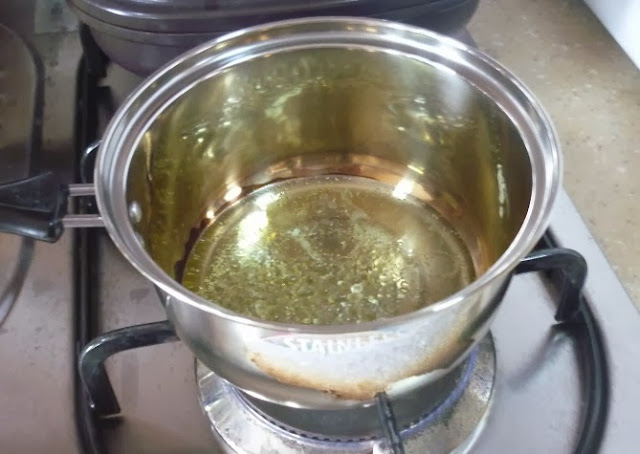 So I heated up the water effect granules. So far so good. And then I waited for about a minute or two for it to cool and then poured it into the plastic containers shown earlier. 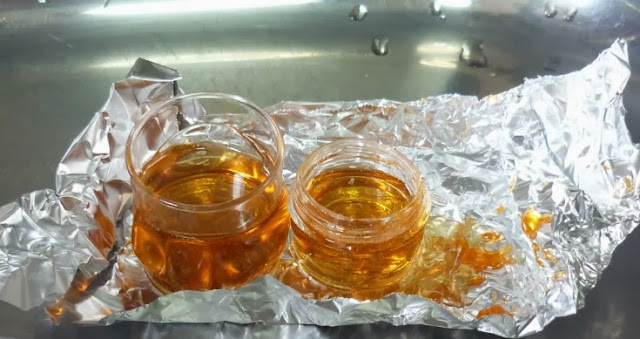 Apparently the liquid is still really hot inside and melted one of the plastic containers and warped the other. Otherwise, the product worked great. After just 5 minutes, the liquid hardened to an amber like state. It also semi melted one of my experimental subject models. I'll still keep the melted containers to use as terrain. Not gonna waste anything here.

Back to the drawing board for the liquid then, ahaha!

I did manage to assemble and put color onto more failed experimental subjects for further testing. But first I will show you the first casualty of my folly.. 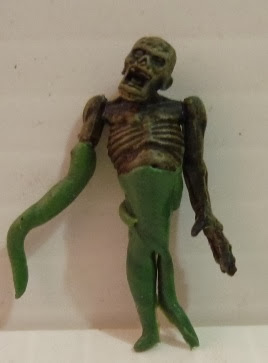 I just added some greenstuff onto some extra zombies I found in the bitz drawer. 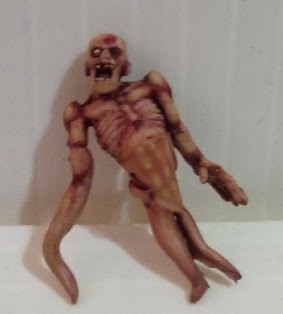 I then painted the poor thing. And after being dipped into the EZ Water, it was damaged, but in a gruesomely cool sort of way. 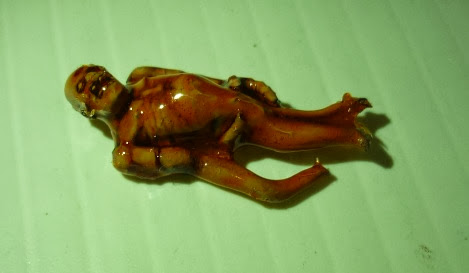 It looks like its coated in some sort of slime. 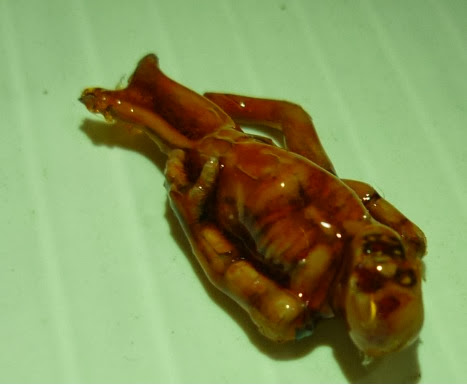 It also does not look too happy lol! I will use him as a specimen that had spilled out of its containment unit.

Here are other subjects:

First up, a victim with a face hugger type organism on his head.

He's also made using an old zombie and greenstuff. The operating table he is sleeping on is a calvary base. 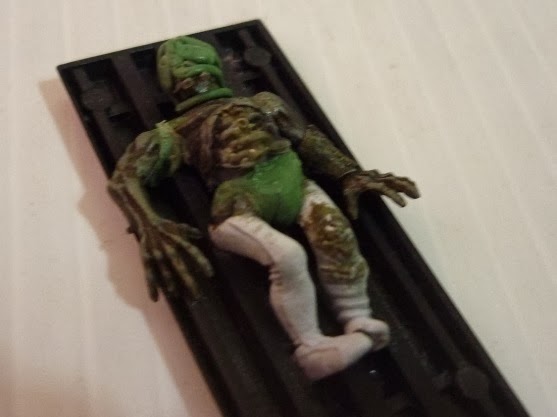 They tried to remove the organism but it was filled with acidic fluids and the subject expired. 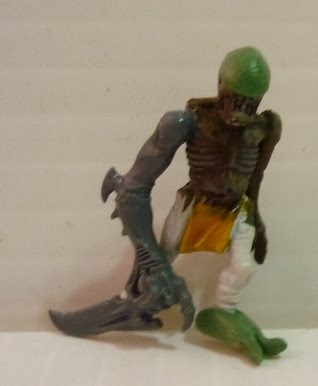 A malformed hybrid of human and alien DNA. 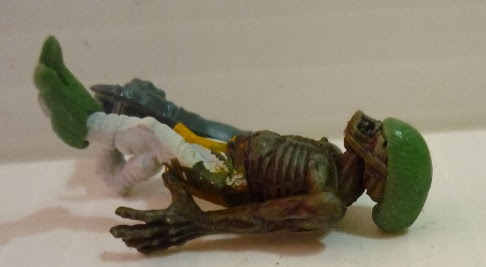 Again this a zombie mini with greenstuff to give it a more alien look. 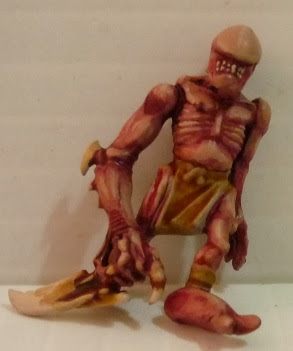 I gave it a quick paintjob. I'll not be dipping this one into EZ Water though lol. 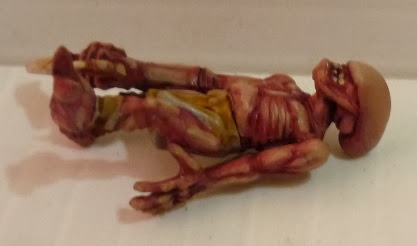 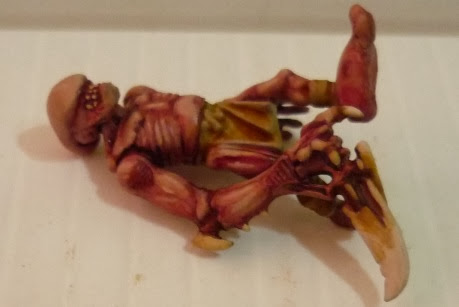 The above pics reminds me of the internet meme about the chicken that died fighting hahaha! 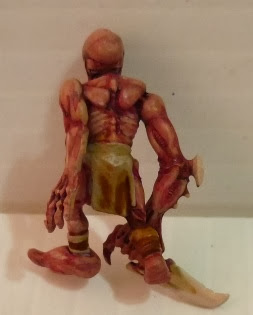 I also added a spare genestealer scything talon on its right arm to represent the mutation. 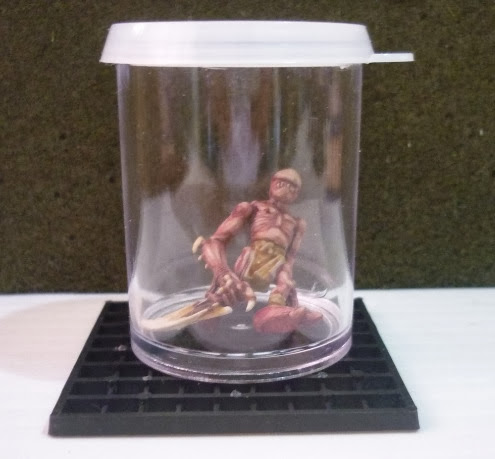 The specimen in the alien containment vat. I just need to find a better liquid to suspend it in. Suggestions welcome :)

I hope you have been entertained by my adventure into terrain making. It was quite a fun experience and I learnt some lessons again.

Have a cool and relaxing start to the week everyone! Cheers!
Posted by Anything But Ones at 6:03:00 PM