Here is part 2 of the dreadnought madness that’s been happening on my work bench. Instead of buying FW twin-linked auto-cannon arms, I opted for the cheaper way of using the turrets supplied with the aegis defense line kit. I added shielding panels from the fortress of redemption or bastion kit (I forgot) and added after-market rivets to give it a more heavy duty styling. These panels were then magnetized for both ease of painting and storage.
My aim with the blood angels army is to create a highly customized mech force. Everything will be wysiwyg if I can help it. All tanks will be decked out with FW parts. Ultimately I aim to have my army stand out compared to other blood angels.
The fun thing about GW modeling is it’s not just about buying the kit of the most powerful units in that army. If you put some thought into the build, you can truly immerse your mind into the 40k universe. 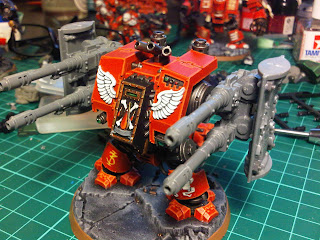 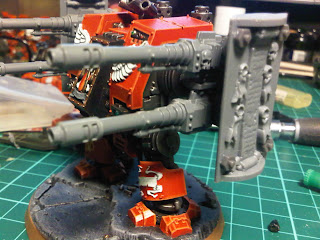 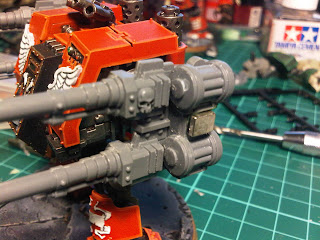 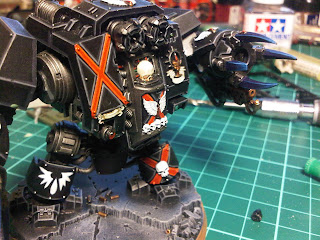 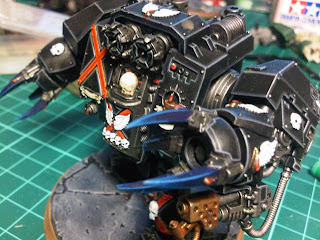 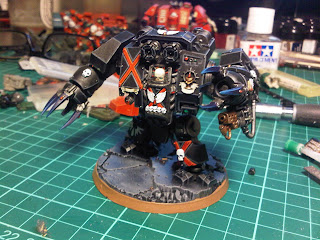