TK vs HE pictures

Pictures taken from a game with long time gaming buddy Enrgie over at a newly open LGS - Battle Bunker.
Had not played against Enrgie for quite awhile. Spent almost the whole day playing and talking/discussing about Warhammer fantasy, who can guess there are so much to talk about Warhammer Fantasy lol.

Pictures are not in order due to uploading sequence. 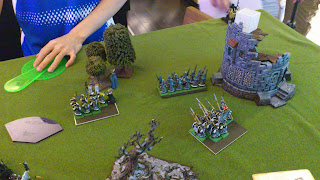 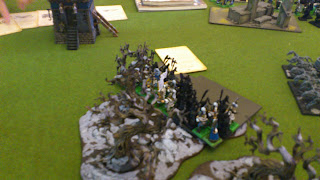 White lions after finishing off the chariots and N.sphinx 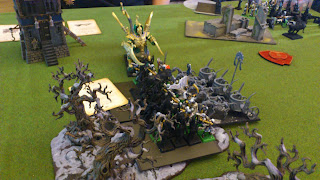 TK chariot + N.sphinx combine charge! too bad 6D6 + lvl 4 = 26 boosted desiccation on white lions was dispelled by the HE with just 4D6 rolling IF dispel... 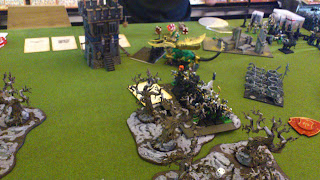 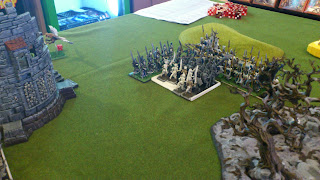 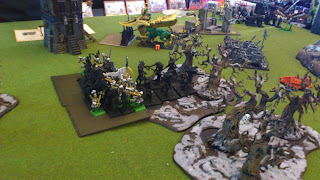 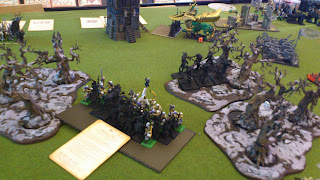 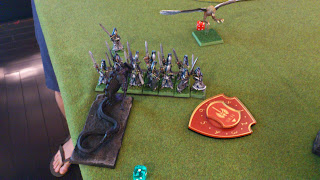 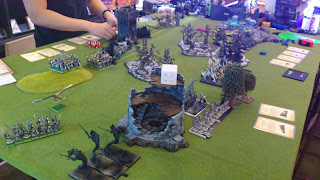 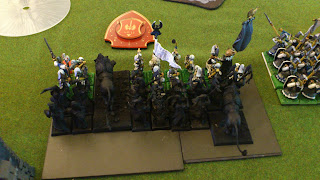 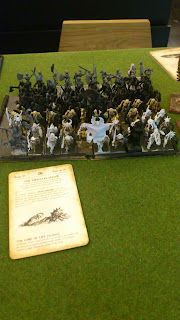 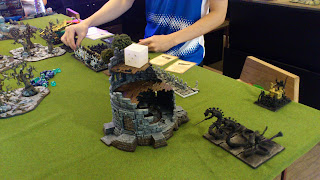 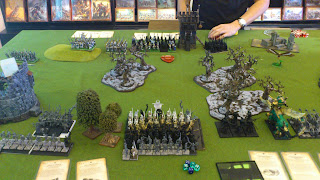 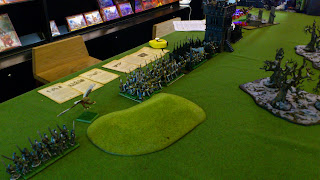 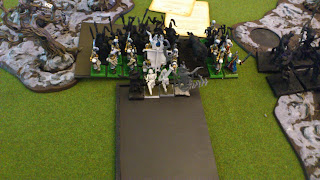 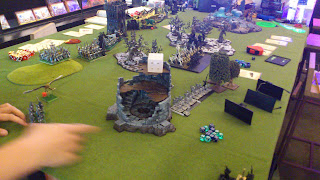 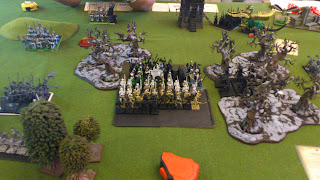 BRAVE skeletons Anvil vs Wet lions Death Star
Bad play number 2* (notice the ushabtis and Tomb guard were moved too far up... resulting in the counter-charge units unable to flank the white lions) 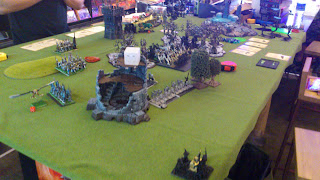 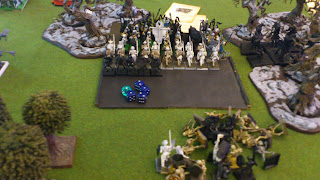