I met up with enrgie yesterday and we bought some really nice Mycetic Spore proxies (there are no official models for them spores yet ;) He suggested i put up my old Hive Fleet on the blog. I do indeed recall some fond memories of my old Tyranid army, and successfully located them in storage. I couldn't find some of my other 'Nid minis, they may have scuttled off on board a passing Space Hulk.

These were painted in 2002 (i think). There was this guy at Soulcraft at Paya Lebar MRT who taught/gave me painting tips on highlighting and using washes. The Tyranids here are my first attempts at putting that advice to the brush :)

The Hive Tyrant, The Terror of Hive Fleet Mandasar 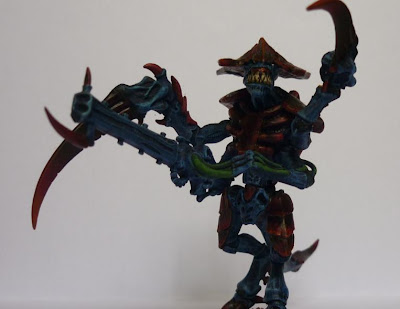 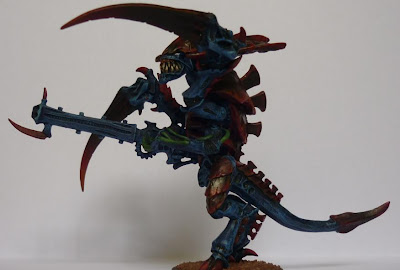 Side view. Here he is hobbling to the front lines, hungry for a biostuff snack.

Dental shot of his deadly gums. 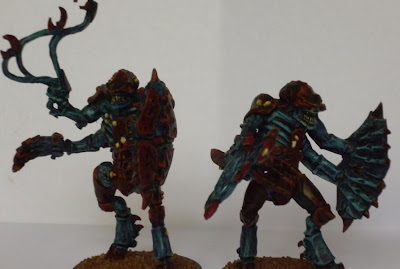 Great buddies these two. Always accompanies the Hive Tyrant. Shields sometimes used as makeshift fans for the Tyrant if weather is too hot.

The Tyranid Warriors, aka the Synapse Brothas. I couldn't find the other six. They must have gone on their musical tour. Two are armed with Venom Cannons and the rest i think have Deathspitters.

When not being trampled underfoot by their bigger cousins, they fulfill their role in swarming over the enemy, or distracting their fire... 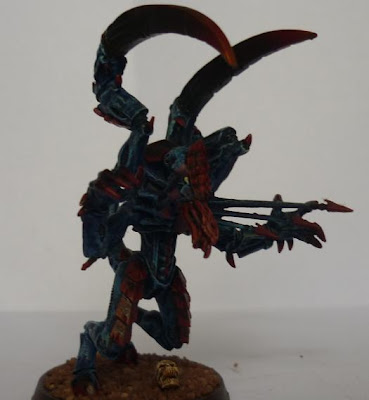 The Lictor aka Lord of Surprise. Also another surprising thang is that the flesh hooks are still attached. I remember how flimsy those metal chest arrows can be. 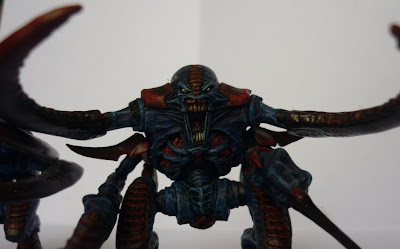 The Carnifex, the most feared tank bustin' bone cruchin' critter of the Hive. I always loved the Screamer model of olde. 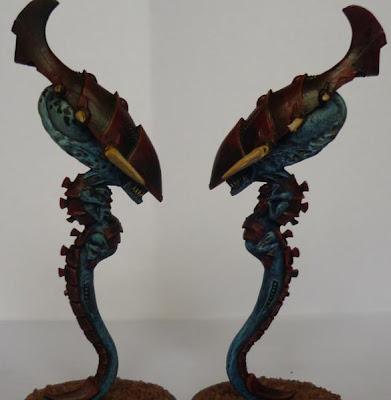 The unearthly combination of Tyranid and Ork genes. They do look 'orkish' in the big or rather slack-jawed kinda way.

Not sure if i want to repaint them, probably not haha! It was however a pleasant trip down memory lane for me, hope you enjoyed the pics too.

With the purchase of the Mycetic Spore proxies, there is some motivation to reorganize my Hive Fleet again...Time will tell ;)
Posted by Skanwy at 12:29:00 PM