It has been a hectic week for Week 2 of the Star Wars Campaign! 7 battles were fought for control of the Raioballo sector and as predicted, planets have started to fall. Here is a quick round-up of the action. 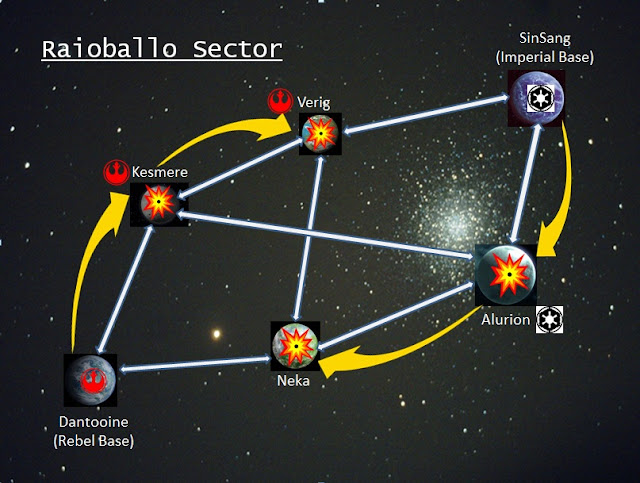 Imperial forces made 4 attacks this week, with Admirals Asmadi and Asmizal leading the vanguard and Admiral TJ continued their offensives later in the week. 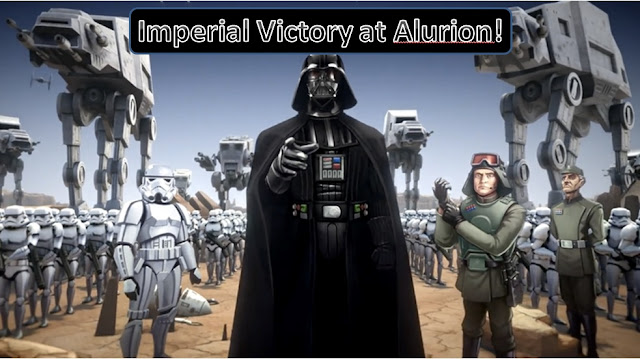 The Imperial offensive continued against Neka with 3 attacks led by Admiral TJ and Admiral Asmizal. Although the first attack failed, some headway was made later with Neka rising in Imperial Loyalty to 56.

Rebels made 3 attacks this week with Admirals Benjamin and Fauzi leading the vanguard. Admiral TH followed up their offensives with the 3rd attack. A new Rebel Admiral, Admiral Ashraff joined the ranks in defending Neka.

Here is the breakdown of the Rebel attacks.

Continued efforts by Admiral Benjamin and Admiral Fauzi saw Kesmere finally being liberated by the Rebels with the Imperial Loyalty dropping to 36.

A surprise assault by Admiral TH against Verig right after the liberation of Kesmere saw the Imperials caught unawares. A small fleet of Gladiator Star Destroyers were swept aside and Verig was liberated. Verig's Imperial Loyalty stands at 40. 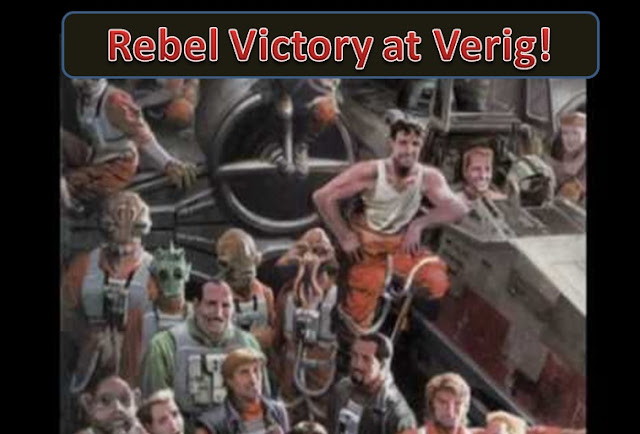