It's been a great start to the Star Wars Armada Campaign! With 6 battles fought over the week, here is a quick round up of the action. 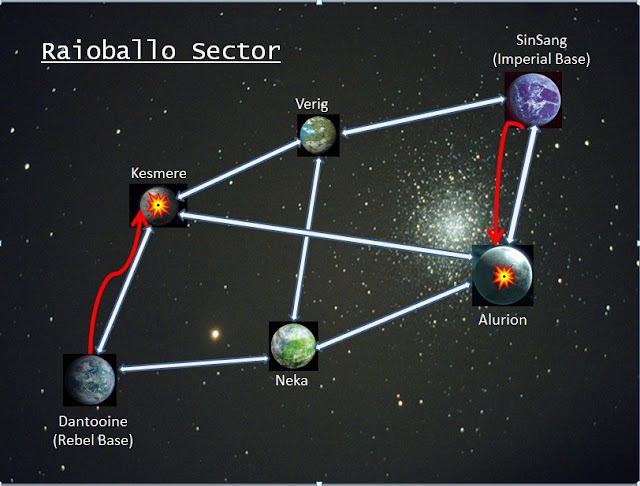 Imperials started great with an offensive to take Alurion. 4 attacks were made over the week starting with Admiral TJ leading the vanguard.

Rebels started great too with Admiral Benjamin taking the lead in an offensive to secure Kesmere. 2 attacks were made over the week.

Kesmere was swayed slightly to the Rebel cause with its Imperial Loyalty shifting by 2 to 48. More attacks by the Rebels are needed!

Rebels have won almost all the Mission objectives with the exception of 1 draw between Admirals Asmadi and Fauzi. What the Rebels lack in firepower, they make up for it in guile!

Thus ends Week 1 of the Armada campaign. More battles are scheduled for Week 2 so stay tuned!
Posted by JaeRoler at 4:01:00 PM