Got a game in with Zim today. He brought a White Scars list with 2 units of 3 bikes with 2 Gravguns each, Warlord Librarian Level 2 on Bike, 2 Land Speeders with Typhoon Missile Launchers, 1 Land Speeder with Multi Melta.

I brought the same list I played with Sam last Batrep. I managed to add and complete the Dozer Blades on the tanks (thanks Marshall!). I also added more work on the tanks, improving their details. 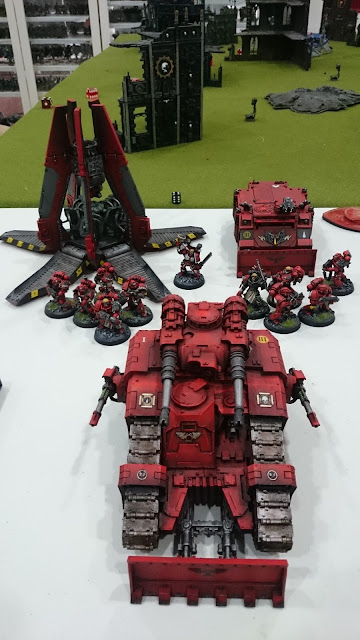 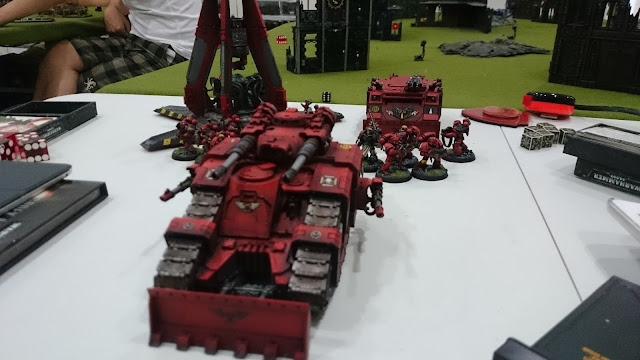 Zim kept the Multimelta Landspeeder off the board and deployed the rest of his army in the ruins to benefit from the cover save while his Warlord swung to a corner to capture an objective. Meanwhile, his other bike squad swung south of the following picture to capture another objective.

My Rhino almost gave First Blood away but survived the salvo.

Zim moved his bikes up to try to kill the Tactical Squad from the Drop Pod but failed leaving one man alive! That Marine went on to be a hero and fortunately for me, I managed to take out Landspeeder for Fist Blood!

Zim played really well keeping his units out of Line of Sight while ensuring he had clear LOS to my tanks. Luck was with me again and my Rhino survived.