Week 3 of the Shield of Baal Campaign has started and I just got in my game today. 1,850 points, I was playing against Patrick with his Mantis Space Marine Chapter which utilizes the Ultramarines Chapter Tactics.


It is worth reading up on the scenario. This time both sides are forced to split our armies up due to random deployment.

These special rules really made the game quite interesting as the player is forced to think outside of the box and really consider how he will tackle the enemy with his current assets. 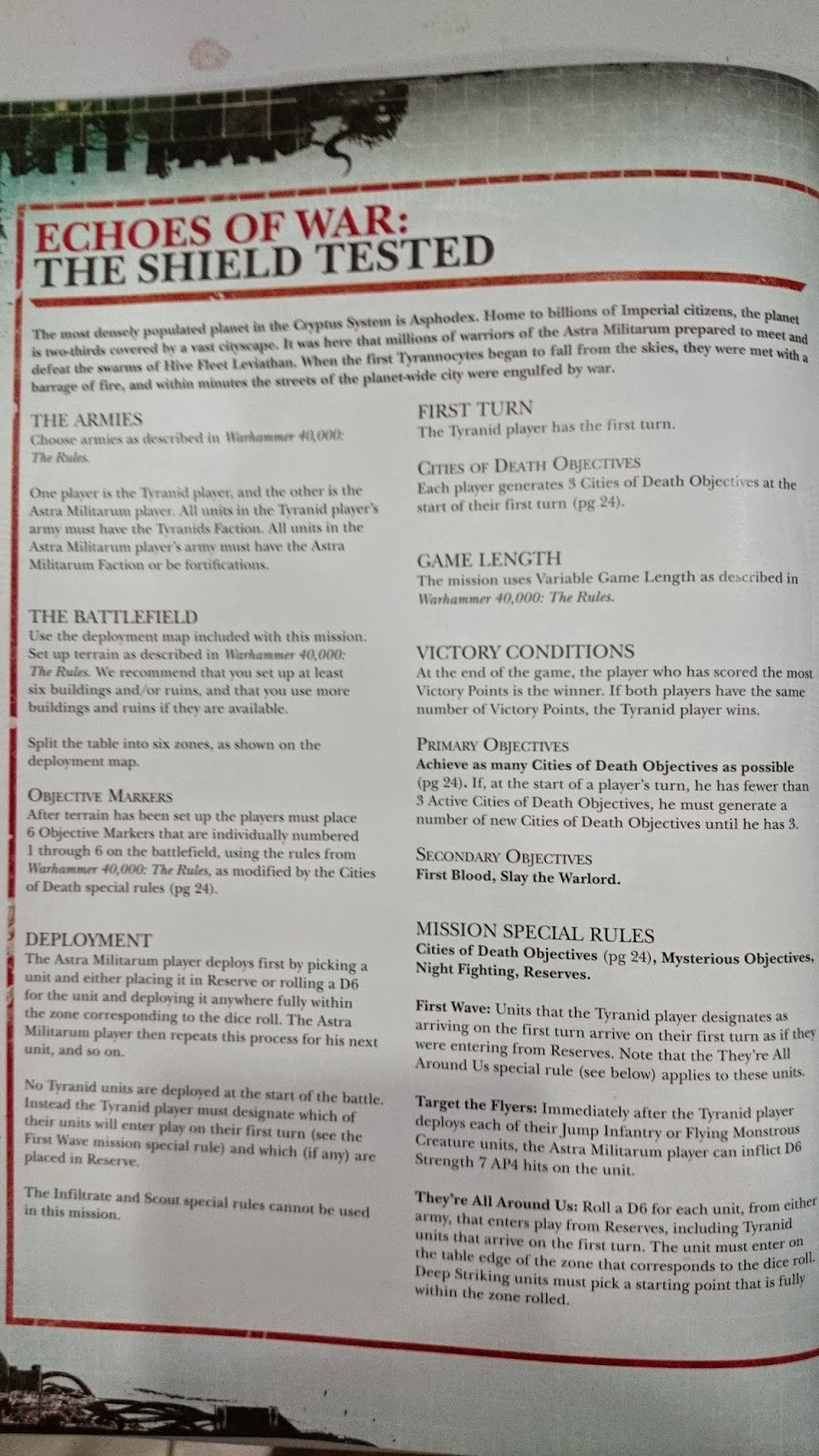 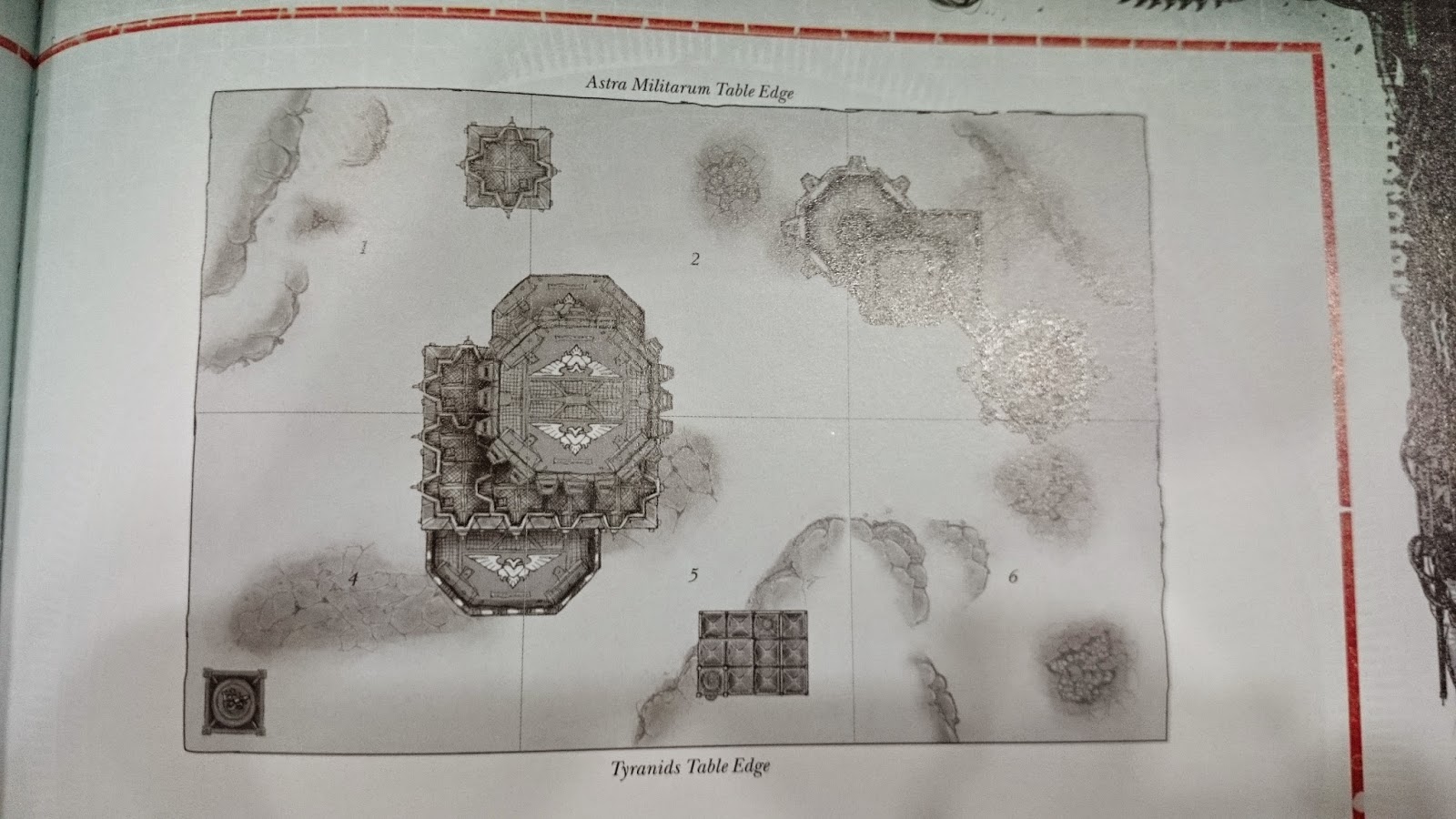 Since Tyranids come in on Turn 1, I sent in my entire army without leaving any in Reserves. I wanted to secure as many early objectives as possible in the game and then mop up there after.

My army was split apart due to the special scenario rules. My hard hitters were on the left flank and the Carnifexes were in all 3 table sections.

I manage to score 4VP for securing Objective 2 and having no enemies within 18" of the table centre.


Patrick did not manage to score any objectives.

Unfortunately for me, we had misinterpreted the IK rules, allowing Pat to generate wounds from the hits into my Gargoyles, effectively wiping this unit out really quickly

Despite the setbacks, I managed to score 1 VP for securing another objective marker. I was on 5VPs.

Pat did not manage to secure any objectives but managed to kill off more of my units. I was losing Monsters fast

I knew I had to forgo killing and just go for the objectives so focussed on doing so.

My Flyrant again did me proud, killing off 5 Bikers, alleviating pressure from the Prime.


I managed to secure a VP for capturing Objective 1. I now had 6 VPs to Pat's 1.

He also managed to Garrison a Building giving him 2VP. This turn net Pat 3VPs in total

Pat managed to score another 4VP's for securing objectives while I struggled to accomplish mine.
I only had one model! The Pale Death was really earning its place

But alas, the game was lost.

Pat played well. He prioritized the targets and had designed his list to counter the Nids. Arm14 are tough to beat and I could do little to apply enough pressure to kill off sufficiently due to the scattered army. In hindsight I would take a turn to reorganize my army and then send them forward to really apply sufficient pressure on key units.