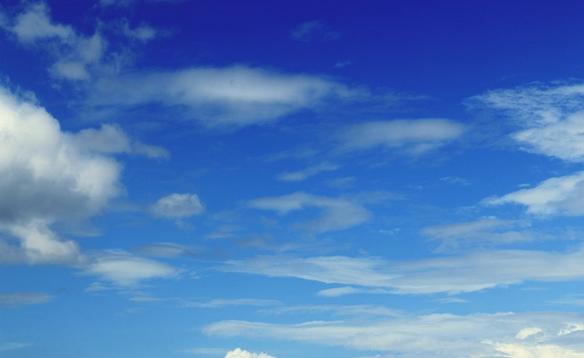 A nice piece of blue sky is always much appreciated. Its been a hazy past week and I'm glad to see the ol' white and blue :) Also met up with Krom (Defu) and it was just great catching up again.

I did some hobbying with the minis Krom passed to me when I was not sleeping (mostly) during the weekend. It's tiring when I feel as if I've been chain-smoking for the past week haha!

WIP: Hydra
I managed to put together the old metal Dark Elves Hydra. 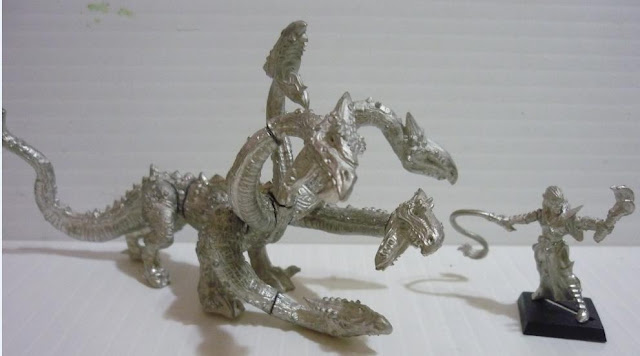 It was a real challenge to pin. I kept imagining that I was sent to the asteroid as part of the drill team in the movie Armagaedon lol! Still got lots of green stuff work to do on the gaps on the miniature. Should be fun! 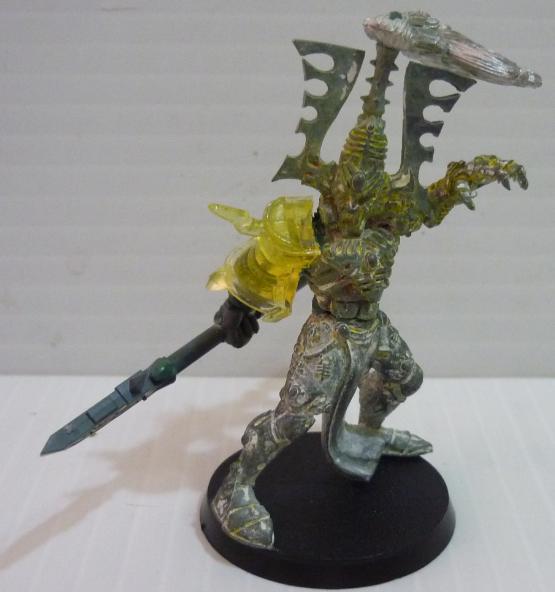 The Avatar was missing a limb and some hair. And no Wailing Doom! The only weapon I had in me bitz stash was the Furioso librarian force weapon. The top of the arm was from an old Gundam mini fig and the lower arm from a Wraithlord. 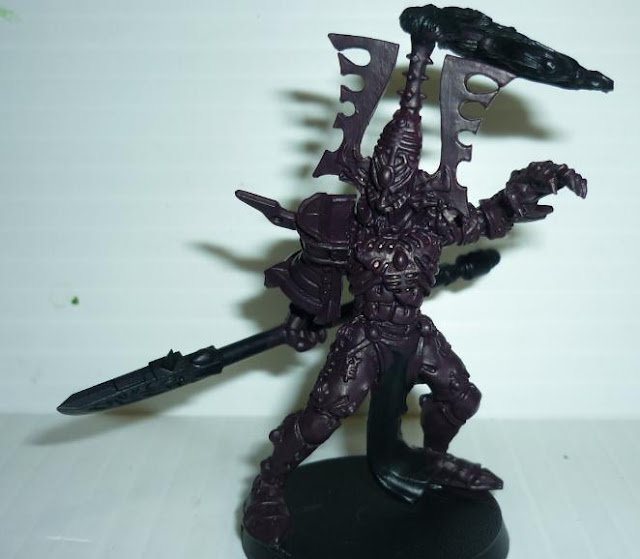 Primed it black and the applied a coat of Red Gore and Abaddon Black (50:50 mix). 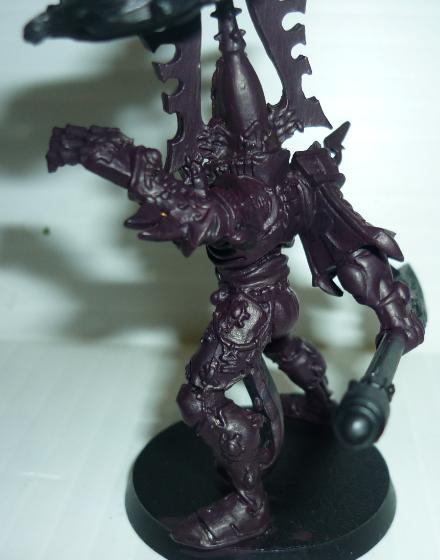 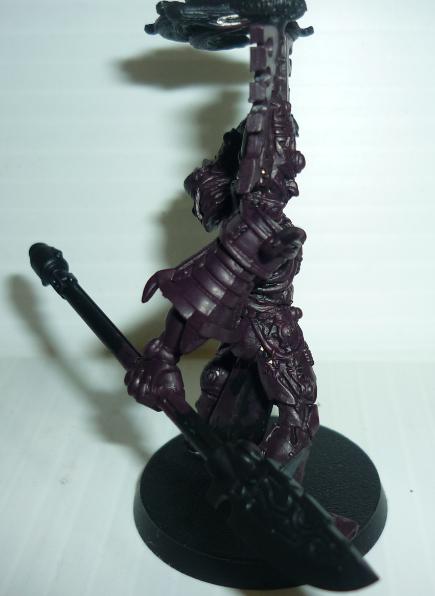 View of the new arm. 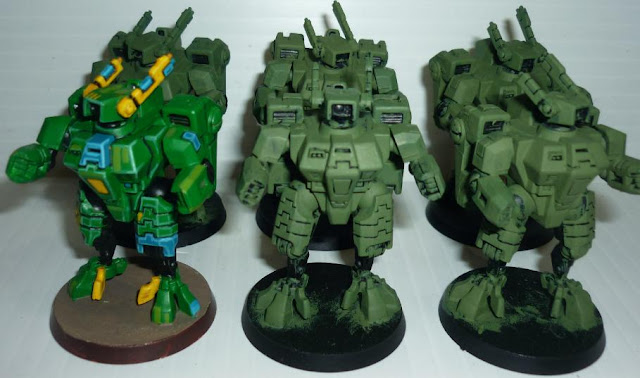 Also basecoated some more Crisis Suits. I found Knarloc Green to be good foundation paint as the first layer after the black primer. Hopefully it'll make the layering much easier.

Have a great week ahead everyone!
Posted by Anything But Ones at 10:37:00 AM