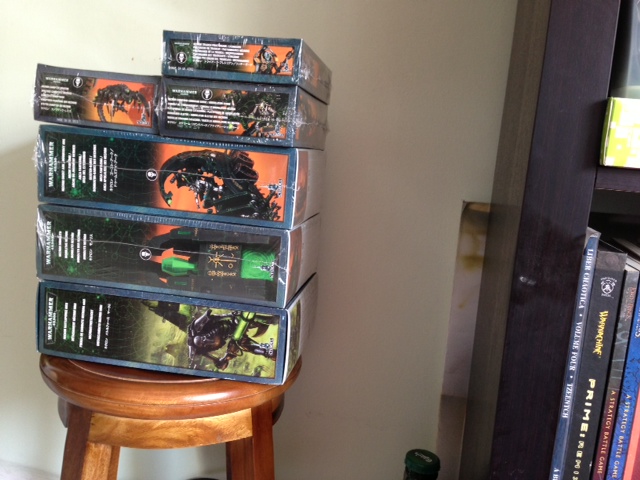 After painting up my first wave of Necron Warriors I had been booged down with work and just couldn't make time for the hobby. However with the much anticipated March School term break I made  myself fix up the many Necrons I bought for this years 40k painting project. Other than these boxes here I already have 40 warriors, a ghost ark and a unit of Destroyers. 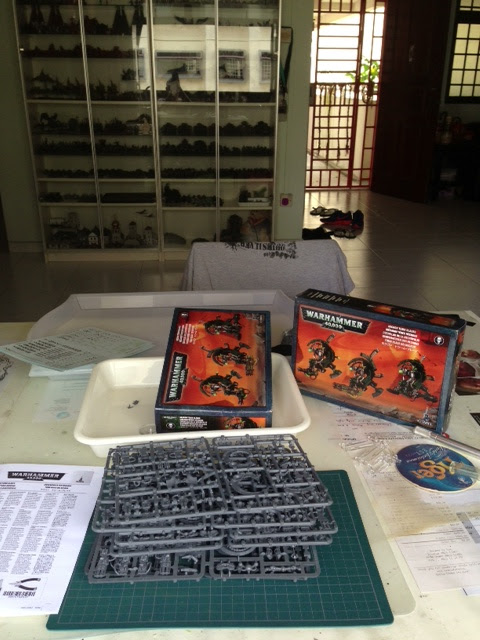 I decided to built up the Tomb Blades first as I really like the models and they looked fairly simple and uncomplicated (boy was I dead wrong). 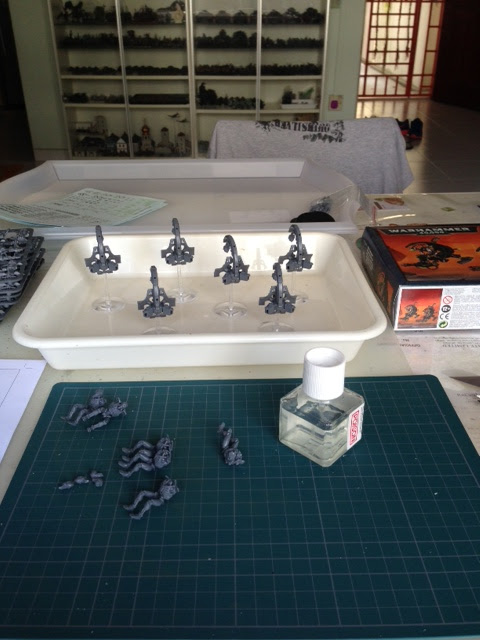 Started with the main structure and all was relatively straight forward, then I got to the part where causes the most problems for me. Wargear. You see I'm not much of a gamer, I collect and paint up my models 90% of the time. With the remaining 10% or less on actual gaming. But I like to build up my armies "game legal". So WYSIWYG is very important to me, as well as choosing the correct wargear to arm the miniatures with. I don't want a unit I painstakingly painted up to be totally useless in the game (should I ever get around playing with them). 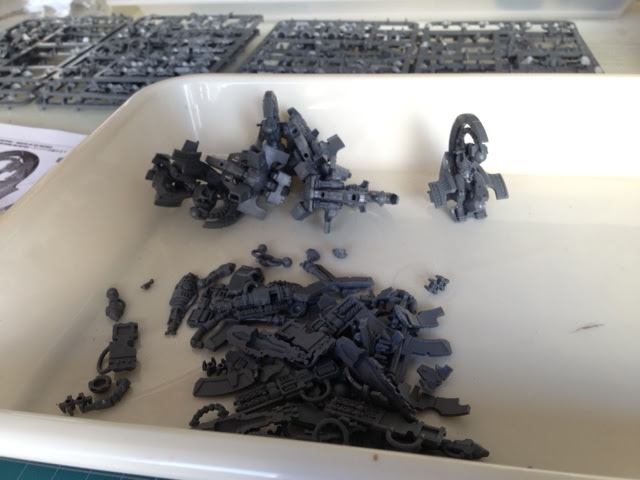 Then the nightmare begins, it's been quite awhile since I touched GW models, and I was rudely reminded that GW kits are so detailed that it would require millions of parts for a model. Even the most basic exhaust pipe came in two parts! Guess I've been pampered by Flames of War and Dust warfare the past year or so that suddenly multi-part kits seem so daunting! Little did I expect to spend the entire afternoon just putting these guys together, gosh..... 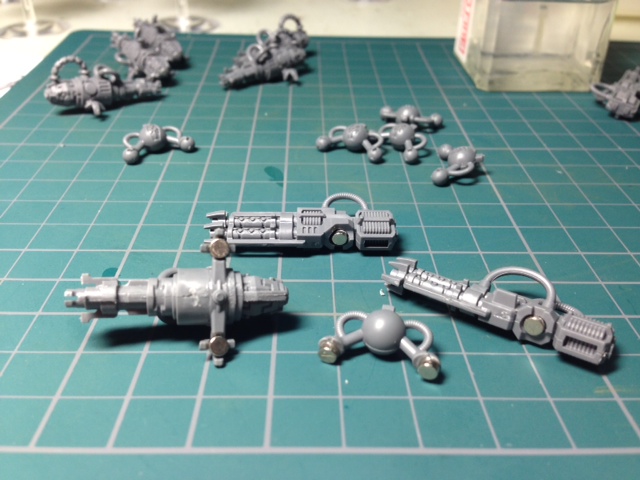 Well after putting together 55475869 pieces of plastic together to finally form the miniature I went on with thinking about how to magnetize the guns for the Tomb Blades. As the joints were not slot in or simple snap ons I had to do a little cutting to make the magnets fit. Fortunately this was not too difficult. 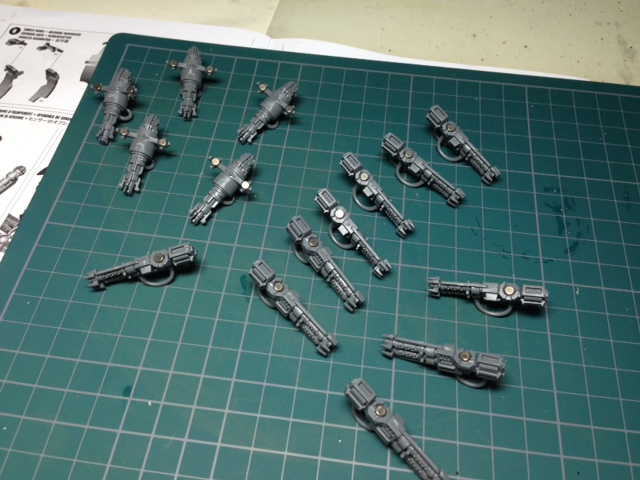 All the weapons with the magnets nicely slotted in. 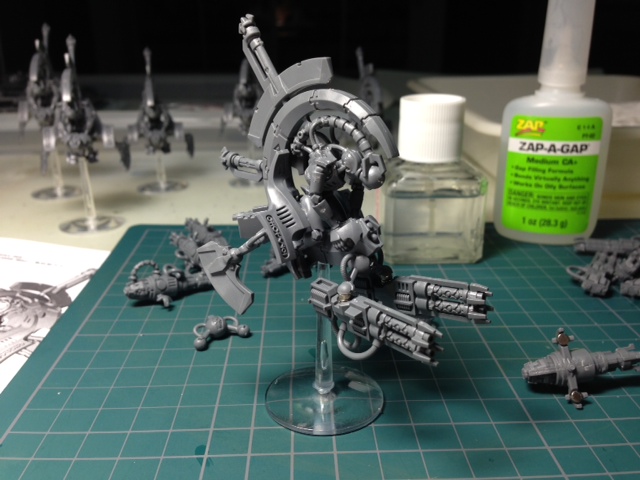 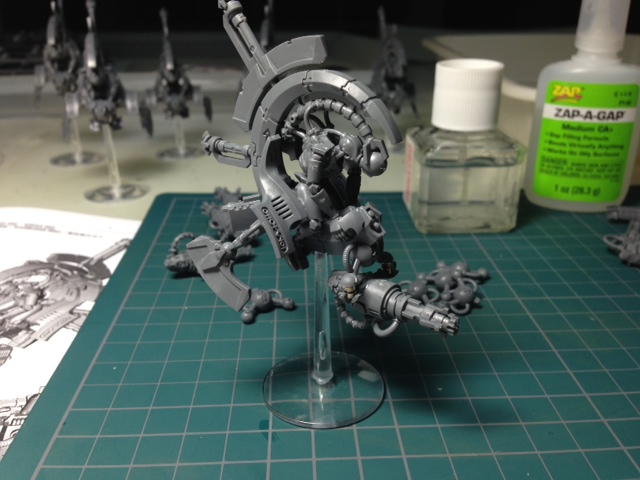 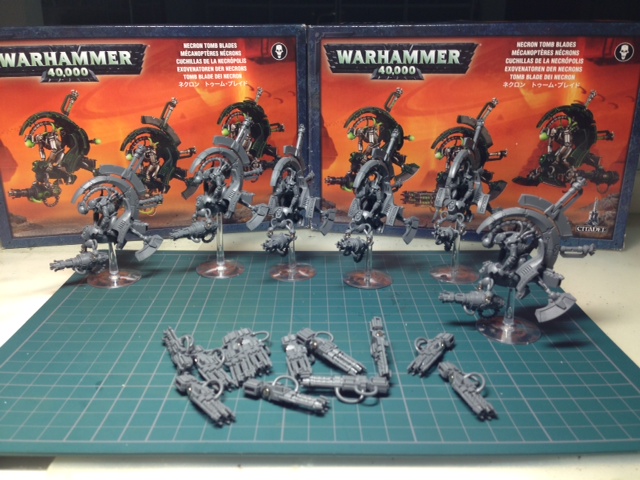 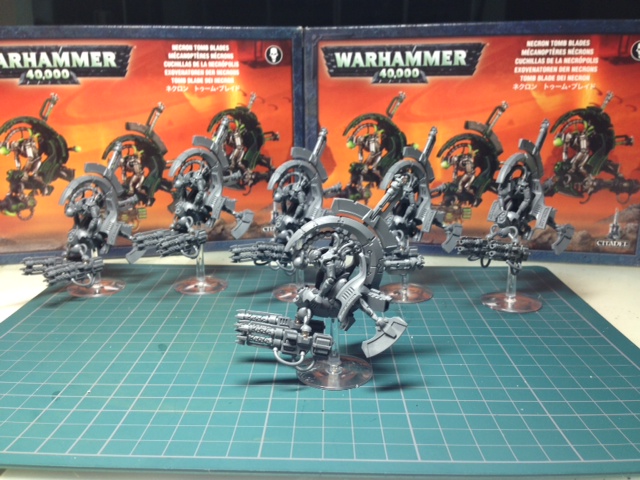