Unfortunately today I have to share this with the community. TLDR? If you are planning to order from Advance Deployment, stop. A ton of promises, a number of lies and lack of follow led to this outcome.

The following timeline have been shortened to spare you the number of chasers I have sent to AD and till today, no response from the company/person called Ravyn. I know he has read the messages but chose not to respond.

24th April: I placed an order with Advance Deployment. It was a large order comprising a number of basic stuff and custom items.

19th May: I receive the tokens. However, only the custom tokens came in Day-Glow Yellow while the rest came in Translucent Yellow (my entire order was meant to be Day-Glow Yellow) 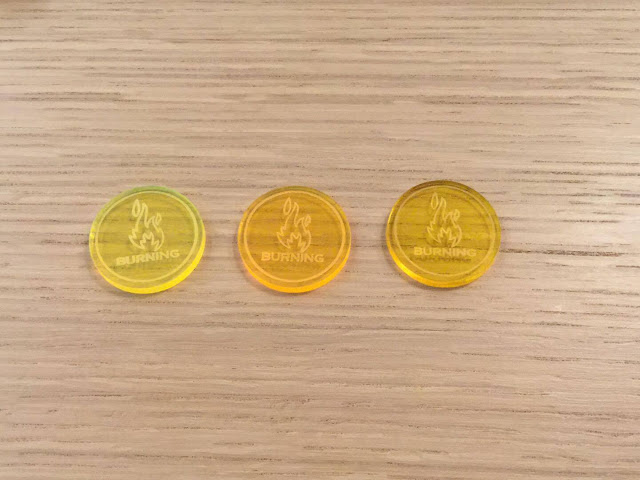 5th June: chaser through emails did not seem to generate response, neither did submissions to their websites. Finally received a response on Facebook Messenger acknowledging the mess up. AD agrees to resend the missing Day-Glow set.

5th July: package arrives but the tokens are not day-glow yellow. I message AD and Ravyn now claimed that the materials used have changed. He no longer has Day-Glow Yellow. Ravyn agreed to send me another set to match Translucent Yellow.

At this stage I was beginning to get skeptical. AD could have easily just messaged me and let me know the change in materials.

I have not receive any updates or the tokens which he promised.


Aug 17th: final message to AD letting them know that I have not heard a peep from them since July. AD reads the message (FB Messenger shows you this) but doesn't respond.
Posted by Anything But Ones at 12:49:00 PM

Email ThisBlogThis!Share to TwitterShare to FacebookShare to Pinterest
Labels: Malifaux