Ray: Sam is my ally for the upcoming ABOcaplypse (Anything But Ones Apoc). We will be representing the Hive Mind! Mmmm ommm nommm noomm and I am so excited about this event! Looks like Sam is well ahead most of us in the painting department! Let the purple aliens consume! 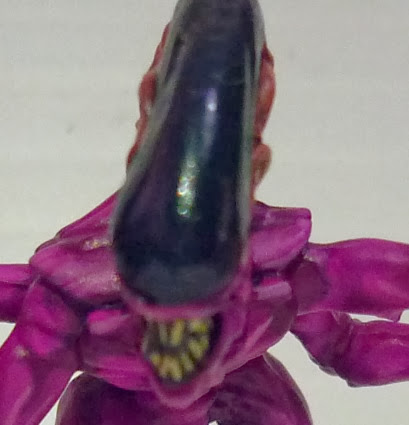 Sam: The gaming group will be having an Apocalypse Battle next month, and I am taking my Alien Nids. I'll be taking the Genestealer Vanguard Infestation special menu and am trying to paint up as many Genestealers as I can. 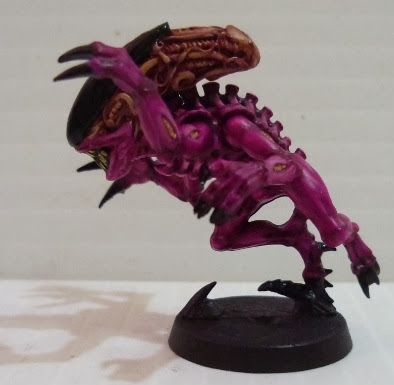 My Stealers have been modified by replacing the head with the Giger-Alien Xenomorph heads from Chapterhouse Studios :) 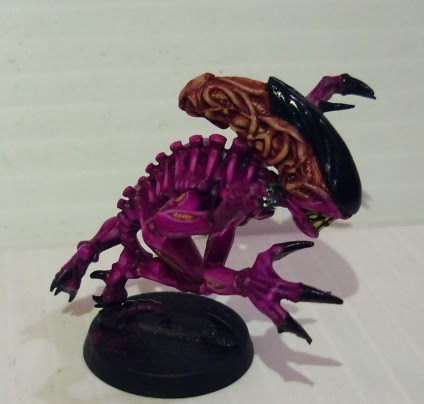 My Hive Fleet Mandasar has undergone quite a few changes. The fluff behind this being the splinter of the Great Devourer's many tendrils being infected by another alien parasite. Hence the changes in physical appearances of their heads. 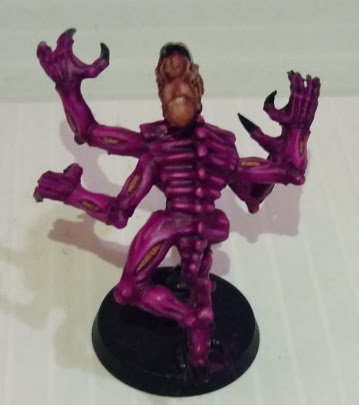 Still for to knock back about 29 more of these plus a Broodlord (also converted) which I'll post again once its fully painted. 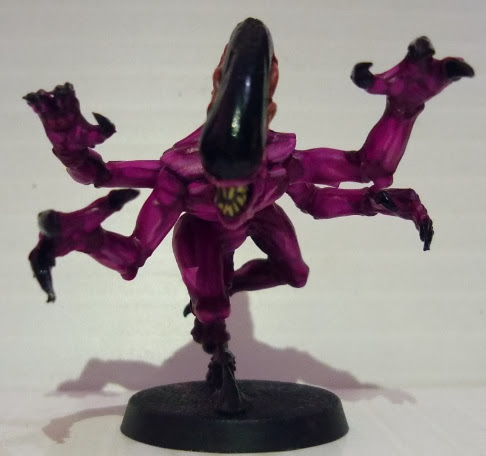 And we have finally come to the end of another week! I wish everyone a fun filled and relaxing weekend ahead.
Posted by Anything But Ones at 9:42:00 AM